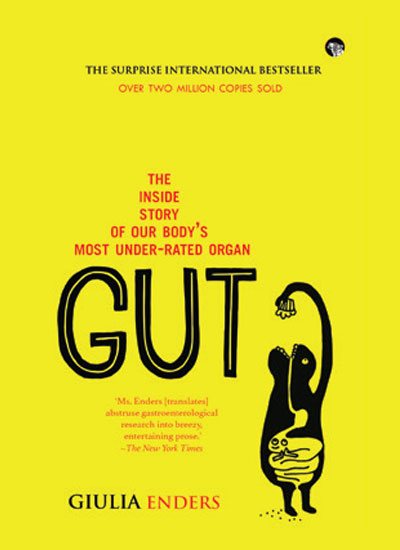 Finally, a book that breaks down the science of our gut 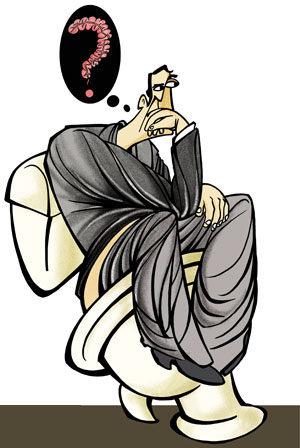 GUT: THE INSIDE STORY OF OUR BODY'S MOST UNDERRATED ORGAN
Giulia Enders
Speaking Tiger | 271 pages | Rs 869

EVERY TIME we go to the loo, it’s a masterly performance,” writes Giulia Enders in her hugely successful book, Gut. The line quite accurately captures the author’s fascination with the subject. Enders says the gut is the most underrated organ of the human body and makes a compelling argument. Of the three main systems of the human body—the nervous system, the cardiovascular system and the digestive system—the “masterpieces” of the first two, brain, in the case of the nervous system, and heart, in the case of the cardiovascular system, are held in great regard. But the gut, which is no less wonderful and important, is not given due credit. “The gut’s network of nerves is called the ‘gut brain’ because it is just as large and chemically complex as the grey matter in our heads,” she says.

However, it is the bacteria (weighing nearly two kilogrammes) in the gut, which are at the centre of her attention. Among other functions, they counter diseases, digest food, generate energy, manufacture hormones and are responsible for our mood. In fact, the connection between the gut and the brain is an emerging field of study and gut microbes might hold the key to several diseases, including psychiatric disorders. “Anyone who suffers from anxiety or depression should remember that an unhappy gut can be the cause of an unhappy mind,” she writes. However, this connection is yet to be proven and the hypothesis has even received criticism for being far-fetched.

What would make a large section of the Indian population happy, and smug, is Enders’ wholehearted approval of the squatting posture for emptying the bowel. She says that the “closure mechanism of our gut is not designed in such a way that it can open the hatch completely when we are seated.” (See ‘The gut influences...,)

The book also explains how the gut is connected to food allergies, constipation, vomiting, diarrhoea and acid reflux. It also has several interesting nuggets about bodily phenomena we witness every day but do not notice or understand. For instance, the rumbling sound we think the stomach makes when we are hungry is actually the sound of the cleaning process going on inside the small intestine. The book explains why the eyes appear swollen when we wake up in the morning or why is there a sudden rush of saliva in the mouth right before we are about to vomit.

Enders has also given pieces of information that are in contrast to conventional wisdom and theories. For instance, she says that the much maligned cholesterol is necessary for the body. “If it weren’t for cholesterol, we would have no sex hormones, no vitamin D,” she writes. She also says that compared to olive oil, butter is better for deep frying since it is much more stable when exposed to heat. The book has a generous sampling of such information, which ensures that the reader is constantly amused and hooked.

Squatting has been the natural pooing position for humans since time immemorial. The modern sitting toilet has existed only since indoor sanitation became common, in the late eighteenth century. But such 'cavemen did it that way' arguments are often met with distain [sic] by the medical profession. Who says that squatting helps the muscle relax better and straightens the faeces highway? Japanese researchers fed volunteers luminescent substances and X-rayed them while doing their business in various positions. They found out two interesting things. First, squatting does indeed lead to a nice, straight intestinal tract, allowing for a direct, easy exit. Second, some people are nice enough to let researchers feed them luminous substances and X-ray them while they poo, all in the name of science. Both findings are pretty impressive, I think.

Haemorrhoids, digestive diseases like diverticulitis, and even constipation are common only in countries where people generally sit on some kind of chair to pass their stool. This is not due to lack of tissue strength, especially in young people, but to the fact that there is too much pressure on the end of the gut. Some people tend to tense up their entire belly muscles when they are stressed. Often, they don't even realize they are doing it. Haemorrhoids prefer to avoid internal pressure like that, by hanging out of the anus. Diverticula are small, light-bulb-shaped pouches in the bowel wall, resulting from the tissue in the gut bulging outwards under pressure.

Of course, the way we go to the toilet is not the only cause of haemorrhoids or diverticula. However, it remains a fact that the 1.2 billion people in this world who squat have almost no incidence of diverticulosis, and far fewer problems with hemorrhoids. We in the West, on the other hand, squeeze our gut tissue till it comes out of our bottoms and we have to have it removed by a doctor.