How millennials react to climate change

Youths are rejecting cushy jobs perceived as harmful for the environment

Geoff Dembicki's book Are We Screwed? is a good read for all those who want to understand how the youth in developed countries are responding to climate change. It paints a hopeful future in which climate-conscious millennials are giving up cushy jobs and opting for meaningful lives. The author, who is a Canadian journalist, says this is a positive trend at a time when global leaders are dragging their feet over the 21st Century’s most pressing problem.

Dembicki argues that the current world leadership is not motivated to act on climate change, as they won’t be around to bear the brunt of a changing world. He explains that millennials, who do not get adequate representation in the decision-making process regarding climate change, would ultimately face the music.

In his demographical understanding of climate change action, or even the lack of it, Dembicki narrates personal accounts of youths, whose awareness about the adversities of climate change, is shaping their choices in life. The author cites the story of Peter Janes of Canada, who dropped out of the University of Victoria, to live in the wilderness on Den-man Island. Janes now owns a farm where he grows food and sells it. Then there is the example of Bradley Johnson, who gave up his high-paying job at Alberta tar sands to follow his dream of becoming a conceptual artist.

Dembicki says that millennials are not a bunch of narcissists as perceived by the older generation. He quotes surveys done by well-known global organisations like the Pew Research Center and Deloitte to back his claims. Research shows the threat of climate change is perceived to be much more real by the youth than their preceding generations. 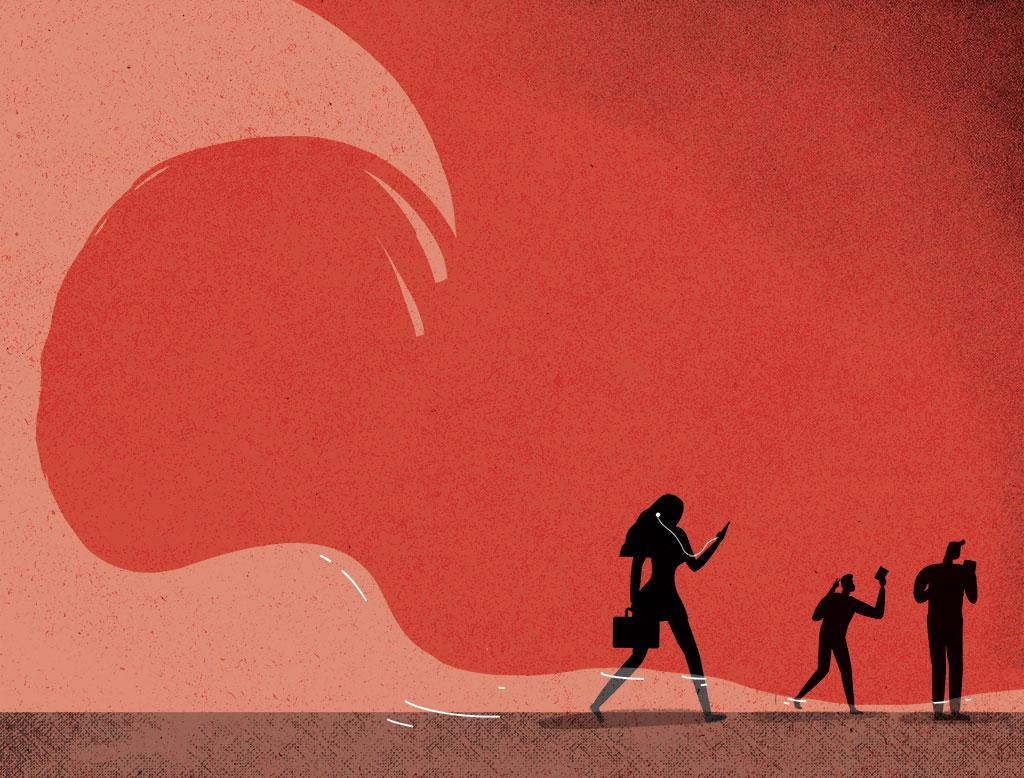 Many millennials are choosing not to work for oil and gas industries as well as the Wall Street, as they perceive these choices bad for the environment. In fact, due to shortage of young workers, oil and gas industries in the developed countries are set to lose projects worth over US $100 billion in the coming years, says a Bloomberg study conducted in 2013, which the author cites in the book.

Dembicki also counters allegations that millennials are apolitical. While it is true that the number of voters among youth isn’t as many as compared to the older generation, the author says it is so, as most have lost faith in elections. He explains this is because today the youth is attracted towards non-party forms of democracy like protests. In fact, he attributes the toppling of the Stephen Harper government in Canada in 2015 solely to youths. Voter turnout in the age group of 18-24 years was 18 per cent more that year than in 2011, Dembicki notes.

Whatever be the case, the writer’s arguments in favour of millennials should be taken with a pinch of salt. He cites studies mostly done in the US or Europe where there are adequate employment opportunities that let one make a moral choice; something that one can’t always do in the developing world. Also, to predict the downfall of the oil and gas industries because millennials in the developed world aren’t joining them is too simplistic an argument. Dembicki also presents a limited world view by focusing only on the US, Canada and Europe. He fails to present even a single voice from the developing countries.

Despite flaws, Are We screwed? is a positive work where youths are shown as enterprising leaders, despite the fact that “elders dismissed our radical worldview as a passing phase”.