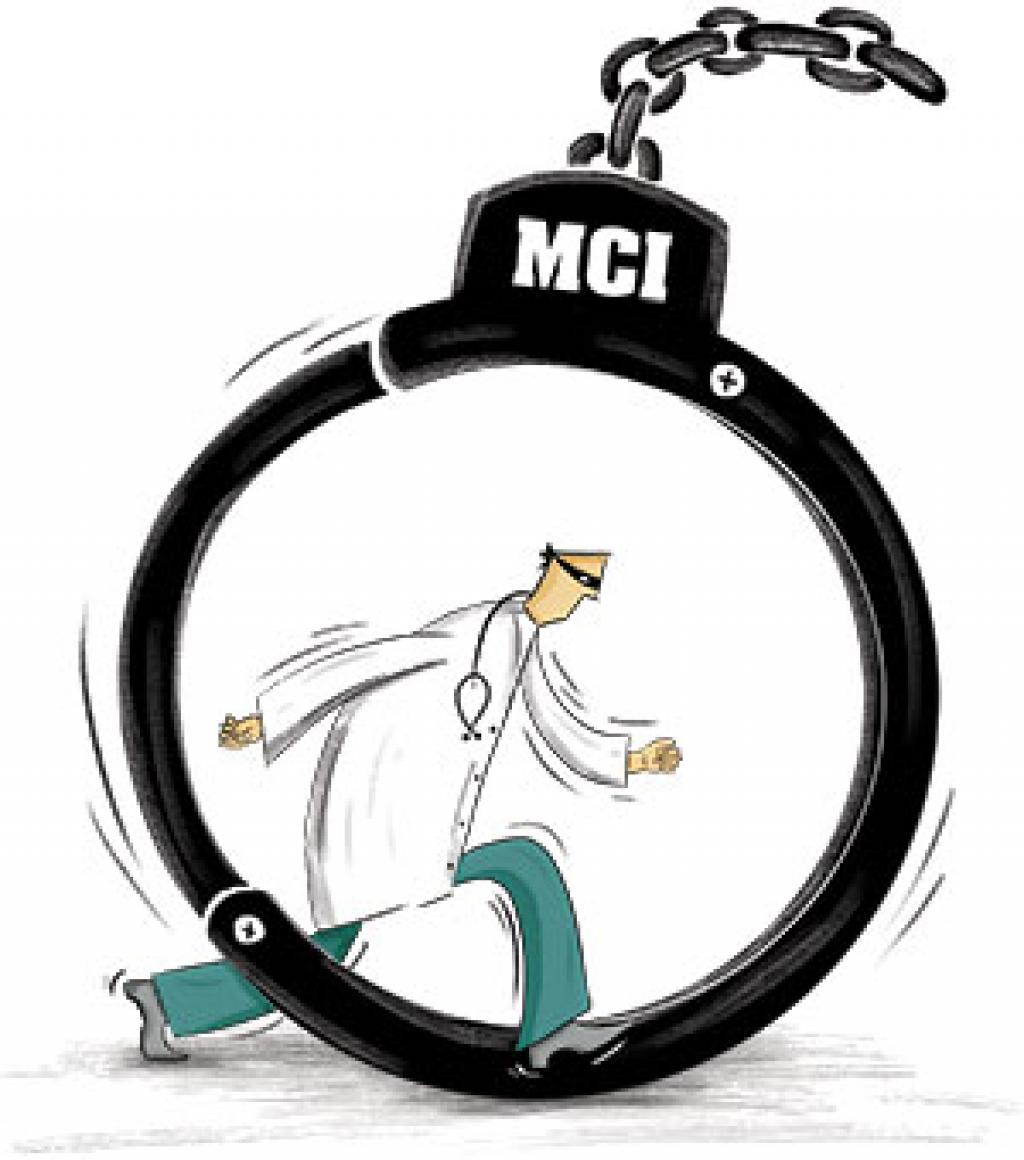 Just out of medical college, Kunal Saha and his wife Anuradha Saha migrated from Kolkata to live their American dream in 1985. But when Anuradha decided to pay a social visit to India in 1998, she barely knew it would be her last. Within a few days of her arrival, she developed acute skin rashes/drug allergy.

Sukumar Mukherjee, who was treating her, injected astronomical amounts of long-acting steroids usually administered on chronic asthma and arthritis patients at long intervals for their slow and protracted release in the body. Due to this, Anuradha’s immunity dipped and she eventually died from septicaemia, which occurs when a bacterial infection in the body enters the bloodstream.

In Healers or Predators? Healthcare Corruption in India, Saha writes that the “potentially lethal drug” was administered on his wife 20 to 50 times its maximal recommended dose without an iota of scientific rationale. Two Supreme Court judgments in 2009 and 2013 held that this was the primarily reason for the untimely death of Anuradha. The apex court awarded him Rs 11.5-crore compensation and Mukherjee was severely reprimanded.

What’s disturbing is how the West Bengal Medical Council unabashedly shielded Mukherjee during the investigation and refused to accept that there was anything incorrect in the treatment. This is mostly because state councils comprise only doctors who do not want people from their own fraternity punished. In a country where medical negligence is a stark and widespread reality, Saha’s predicament is not unusual. In his chapter, Saha stresses that unlike in the West, doctors in India have historically operated beyond the law.

The insightful book on the malpractices in the noble profession is a collection of 41 investigative essays by doctors practising individually and with hospitals in India and abroad, public health academics, researchers, activists, civil society members and a journalist. The book is edited by Samiran Nundy, who is the emeritus consultant in gastroenterology at Sir Ganga Ram Hospital in Delhi, former Union health secretary Kesav Desiraju, and Sanjay Nagral, who is a Mumbai-based surgeon and publisher of the Indian Journal of Medical Ethics. The foreword by Amartya Sen sets the perfect tone for the book. 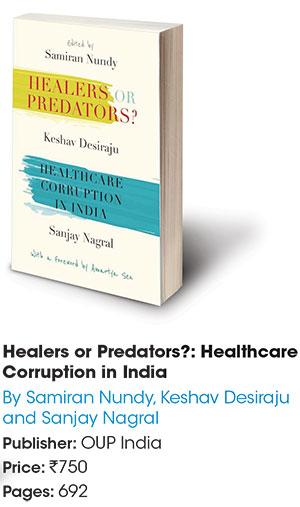 The medical profession was never as white as snow, writes RK Mani, a Padma Bhushan recipient, about his early days in practice as a junior doctor. Even then, there were surgeons who would not operate in free government wards until the patients had consulted them in their private clinics.

However, the number of such doctors was small. They understood that the act was condemnable and operated clandestinely.

“Today, the deplorable exception has become the rule. We advertise ourselves, we employ touts to bring patients to us, we pay commissions to doctors who send patients to us, we perform unnecessary and expensive tests, we prescribe the most expensive drugs and even abet our patients’ efforts to defraud insurance companies. What will not we stoop to?” he wonders.

So how do doctors get the opportunity to indulge in blatant malpractices at such a large scale? All fingers point at the Medical Council of India (MCI), the body that was instituted to regulate the profession but is now defunct.

There is a sea of difference between MCI and its counterpart in the UK, both in paper and in practice, writes Sunil K Pandya, a neurosurgeon at Jaslok Hospital in Mumbai.

The UK medical regulator develops standards by involving not just doctors, but a wide range of stakeholders, such as patients, employers and educators. This is unheard of in India. The government has decided to replace MCI with the National Medical Commission (NMC), but experts point out that it may not be able to fill the lacuna either.

MCI was charged with corruption, failing to regulate the prohibitive capitation fee of private medical colleges. It is said that NMC will regulate fee for a maximum of 50 per cent of the seats only. This may, in fact, open the floodgates of privatisation and corporatisation. Also, NMC will not inspect the medical colleges, instead, it will enroll a third party for the purpose.

Chapters on the pharma-doctor nexus, organ transplantation, clinical trials and traditional medicine highlight how corruption is plaguing the country. As a remedy, the authors make a strong case for Clinical Establishments (Regulation and Registeration) Act (CEA), as it sets guidelines for the operationalisation of hospitals and protocols for certain procedures.

The Act mandates the standards that each doctor, clinic or hospital must maintain in order to attain a licence to operate. The Indian Medical Association (IMA), however, strongly resists its implementation, deriding it as “license and inspector raj”.

According to IMA, the minimum standards suggested in CEA are not so minimum, and may lead to the closure of several small hospitals. But Sunil Nandaraj, a social scientist who has worked with the World Health Organization, rubbishes IMA’s claims and says the body framing standards for the Act has adequate IMA representation.

In their own respective chapters, Meeta, a 1990 batch IAS officer, and Rajivlochan of the Panjab University, expose how doctors in private hospitals are forced to undertake unnecessary procedures, prescribe costly drugs and ask for unnecessary investigations by the management to increase profits.

At present, it is not mandatory for hospitals to maintain records of the number and type of surgeries they perform. Such records would also document if any anomaly occurred after the surgeries. Such records can raise an alarm and the hospitals would not be in a position to force doctors to perform surgeries only to make profit.

“In the absence of any requirement to maintain data or to follow protocols, hospital managements are emboldened to put pressure on doctors to deviate from standard patient-care norms.”

Corruption in healthcare is just not limited to India. David Berger, a doctor practising in Australia, writes about the significant rise in the number of cesarean-section deliveries and other obstetric interventions after private health insurances increased following a change in the government policy there. This happened despite ample evidence of cesarean-section being detrimental to maternal and child health.

“I often hear tales of grossly inflated rental payments from pathology providers,” he writes, and adds that the US healthcare system is not any better. In the US, healthcare fraud has been called the “$272 billion swindle”, a financial and ethical sore on the face of the medicine. 0

Taking the World Medical Association to task, Berger says that the body that takes pride in upholding the global standards of medical ethics, appointed Ketan Desai as its president in 2016. Desai was a debarred Indian urologist facing charges of extreme corruption in licensing medical colleges when he headed MCI.

Restoring the doctor-patient trust would go a long way in dealing with many of these problems, writes Farokh Erach Udawadia, emeritus professor of medicine at JJ Hospital, Mumbai. The solution lies in producing doctors who truly care.

“In my experience of over 50 years as a practicing consultant and a teacher, I have observed that a doctor who genuinely cares for a patient is usually not corrupt. Also, a doctor who is caring and also competent is not likely to be either corrupt or negligent,” he says.