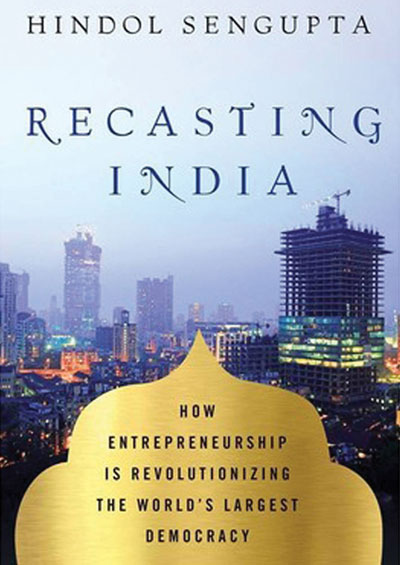 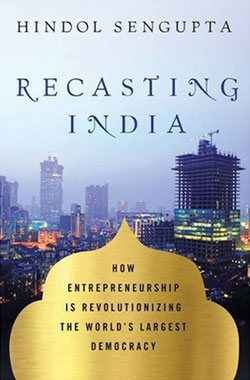 It is not new for a journalist to author books. And equally common is the habit of writing about personal experiences of meeting people who inspire, and in the process, make larger statements on the country. In his latest book, Hindol Sengupta, the editor-at-large at Fortune India, tries to do the same. The larger statement he tries to make is that the real driver of India’s growth is not big conglomerates, but small entrepreneurs. This, he says, is in stark contrast to the pre-liberalisation days when big industrialists invested heavily in society.

Sengupta starts by talking about Dwarkanath Tagore, the merchant grandfather of Noble laureate Rabindranath Tagore. The man, who built an empire by investing in shipping, banking and newspapers, is also remembered for his role in abolishing sati in 1829.

The book then celebrates the “extraordinary enterprise of ordinary people” and draws examples of small—unlikely—entrepreneurs from all across the country. It is here that the journalist in Sengupta comes to the fore. Instead of being prescriptive or academic, he uses examples to prove his point that the small entrepreneurs are bringing about the social change in the country. “India is brimming with the aspiration of a billion entrepreneurial minds,” writes the author, adding, “What former prime minister Manmohan Singh once referred to as the ‘animal spirits’ of the economy.”

The case studies that include school dropouts, women and dalit entrepreneurs give a representative picture of the entire country. His first example is of a food processing factory in Lassippura district, which is a one-and-a half hour drive from Srinagar. The factory, which is run by 31-year-old US-returned Khurram Mir, is trying to promote farmers in the Valley. Mir is quoted as saying that he trains and encourages his “employees to leave him and set up their own business”. Through the example, Sengupta highlights the slow rise of entrepreneurship in Kashmir and how that is making the “the world’s most dangerous place” more “prosperous and normal”. 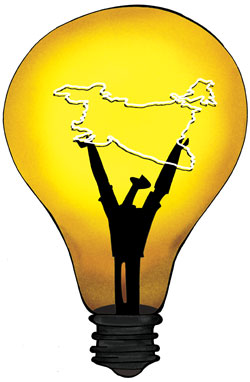 He then talks about “the socialist moneylender” who has empowered many by giving loans for the highly volatile truck business. Despite having made a fortune, the moneylender continues to live a modest life and owns a small house and a hatchback. In another chapter, he talks about Muslim entrepreneurs in Gujarat in the aftermath of the 2002 riots, and shows how business is bringing them together. Through this he puts forward his perception that Muslims in Gujarat have emerged in recent years not as opponents and enemies of Prime Minsiter Narendra Modi, but as beneficiaries of his economic policies and hence as his staunch supporters.

In one of the chapters, he talks about an all women-run company that provides housemaids in affluent Gurgaon. Gauri Singh, who started the Maids’ Company, says there are 200 employees in the company, each of whom are also stakeholders in the Rs 1-core enterprise. The company, says Singh, is trying to change the perception of domestic workers as “servants” to a “service” and has standardised pay and rights. Another chapter dwells on Kalpana Saroj, the dalit woman who survived an abusive marriage to emerge as a successful entrepreneur dabbling in everything, from a women’s cooperative to Mumbai politics, and ultimately to real estate.

The most memorable story is of Arunachalam Muruganantham, a class IX school dropout who worked as a workshop mechanic in a village near Coimbatore in Tamil Nadu. He can be called the world’s most radical entrepreneur. The self-described “pervert” has invented a machine that produces cheap sanitary napkins for India’s 355 million menstruating women, of whom only 12 per cent used pads in 2011. In the course of doing research on the topic, his wife left him and he was exiled from the village. Today, he has sold more than 1,300 machines that manufacture sanitary pads in India and across the world.

Sengupta has managed to strike a fine balance between facts, information and small interesting anecdotes that help readers connect with inspiring individuals. The language is simple, and the style favours ease over elegance. The book also explains concepts, which may read a little superfluous, but will appeal to readers who are not accustomed to India. It, for example, explains sati and the caste system. But the greatest strength of the book is that it provokes fresh thinking and inspires hope. It beautifully captures the ethos of “a vast middle India (that is) yearning for change, fighting for change, creating change idea by idea, innovation by innovation”.