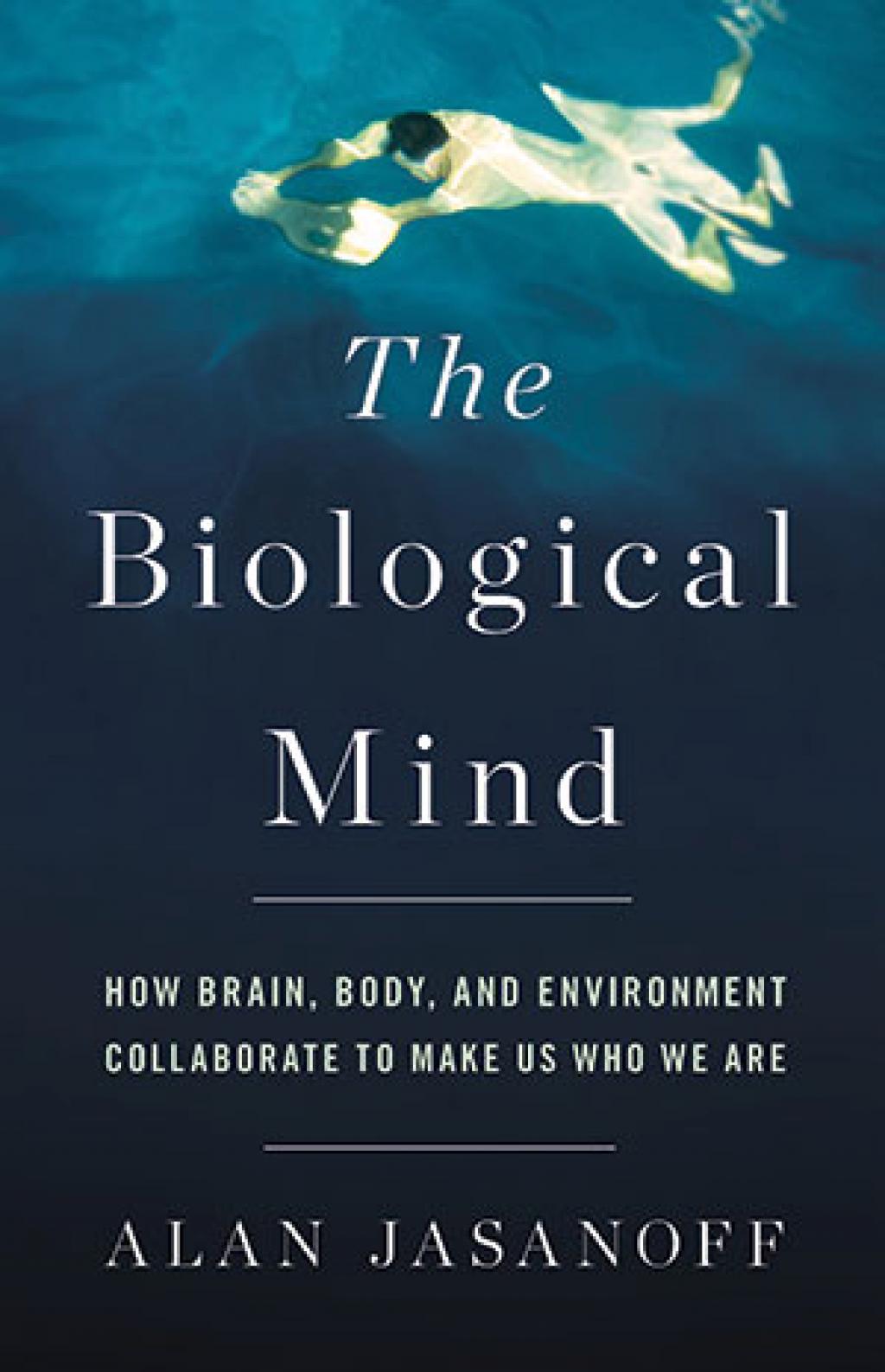 Jasanoff's book takes on the enduring mystique about the human brain being abstract, sovereign and piecemeal 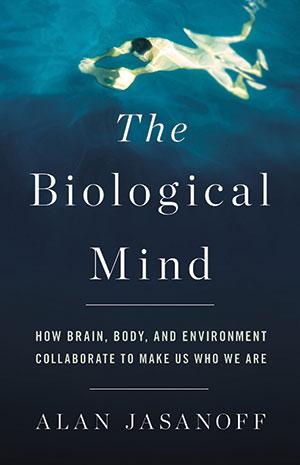 In the Hollywood scifi thriller Inception, Leonardo DiCaprio plays a con artist who, together with a team of hi-tech spies, steals trade secrets by burgling the minds of business barons. They first drug the victim and then insinuate into their minds carefully crafted fake worlds that come alive as they are finessed into a state of lucid dreaming. Once the set-up is in place, the thieves themselves sneak into their dreams under various plausible guises, eventually conning them into betraying the coveted secret.

This is of course pure, not to mention highly byzantine, fantasy, even though it hasn’t deterred mavericks like the billionaire Elon Musk from putting their money into projects that seek to digitise human brains. Nonetheless, the movie’s central thesis that it is possible to “hack” the brain to manipulate, for better or worse, a person’s persona underscores the appeal of the widely-held dogma that we are nothing if not our brains. This view now infects not just modern scientific thinking but also popular discourse, from courtrooms and psychiatric wards to newsrooms. Perhaps the most telling symptom of this glamorous delusion is terminally-ill patients spending thousands of dollars to have their brains frozen for posterity just in case science might find a way to revive the brain, and hence, more significantly, but unrealistically, the original self of the dead.

Alan Jasanoff’s absorbing and sub-versive The Biological Mind calls the bluff on this enduring fiction. Broadly, he puts the blame on what he calls the “cerebral mystique”—a cultural phenomenon that deifies the brain as the sole repository of intelligence, creativity, power, spirituality, and what have you, thereby erecting an impenetrable wall between the brain and its ambience whereas the wall in reality is very porous. In Jasanoff’s eloquent phrasing, “In our brave new neuroscientifically informed world…our ultimate hopes and fears can come to revolve around this organ, and in it we may seek answers to eternal questions about life and death, virtue and sin, justice and punishment.”

For Jasanoff, who studies the brain at the Massachusetts Institute of Technology, the cerebral mystique is conjured up and sustained by five overlapping myths about the brain. The first three, that it is abstract, impossibly complex, and fragmented, create a false divide between the brain, on the one hand, and the body and the environment, on the other. The last two myths—that it is autonomous and gloriously solitary—follow from the first three.

He traces the history, a strictly Western one, one might add, of how thinkers starting from the ancient Greek philosophers to modern scientists have romanticised the brain. Barring a few exceptions, most of them embellished at least one of the attributes that make up the cerebral mystique.

For instance in the Victorian era, mind-readers called phrenologists sliced up the brain into specific regions governing specific traits, leading to an obsession with collecting and analysing brains, especially of illustrious men (no women, mind you) such as Lord Byron (he had the weightiest brain at 2.2 kg). 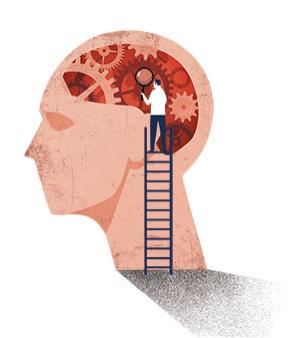 Thinkers have employed various metaphors for the brain—from clay and hydraulic model (“humours”) to an automaton fitted with gears and switches and the loom. But nothing’s added more allure to the cerebral mystique than the metaphor of brain as computer—an integrated circuit of neurons linked by synapses. Ever since mathematician John von Neumann described brain’s modus operandi as “prima facie digital” in his 1958 slim book The Computer and the Brain, this metaphor has seduced many an illustrious scientist like Francis Crick, Roger Penrose, and Stephen Hawking, spawning a large body of research underwritten by billions of dollars of public funding. Taking the model to its logical extreme, computer scientist Ray Kurzweil and Hawking predict that one day it might be possible to down-load human minds into a computer and, by implication, live happily ever after in a solid-state Shangri-La.

For Jasanoff, this is an intellectual cop-out. “In identifying our brains with computers, we also tacitly deny the messy, mortal confusion of our true physical selves and replace it with an ideal not born of flesh.” Worse still, as psychologist Robert Epstein wrote in the e-zine Aeon, “Even if we had the ability to take a snapshot of all of the brain’s 86 billion neurons and then to simulate the state of those neurons in a computer, that vast pattern would mean nothing outside the body of the brain that produced it.”

Pitfalls of the mystique

In the second half of the book, Jasanoff explores how celebral mystique fosters a jaundiced view of things like crime and mental illness. For instance, if we are our brains, then it is easy to view the brain as the font of thoughts and actions, leading us, writes Jasanoff, “to overempha-size the role of individuals and underempha-size the role of contexts in a range of cultural phenomena, from criminal justice to creative innovation.” The controversy over who is a juvenile and whether a juvenile’s brain is mature enough to weigh the consequences of his actions in the Nirbhaya rape case illustrates the dangers of going down that slippery slope. Likewise, while the fact that minds are rooted in brains may help us get over the age-old habit of labelling mental disorders as moral shortcomings, redefining them as failures of the brain may attract a different kind of stigma of “broken brains”. There is also the risk of doctors pri-vileging drugs, and not therapy, as the first course of treatment.

A small but growing band of scientists endorse Jasanoff’s rejection of the cerebral mystique in favour of a more nuanced con-versation between the brain, the body and the environment. Many studies such as on the effect of sounds, smells and sights on the mind, or the effect of glia cells—cells that unlike neurons are supposedly not involved in cognition—on some well-known cognitive impairments, or the role of gut bacteria on the central nervous system, defy the artificial split between body and brain.

Meanwhile, however, governments and private companies continue to spend millions of dollars on brain research (mis)informed by the cerebral mystique. In 2013, the European Union funded the ambitious US $1.3 billion Human Brain Project which claimed it would simulate the entire human brain on a supercomputer over the next decade, and that it would give rise to new cuttingedge treatments for illnesses like Alzheimer’s. However, the project was in a shambles even before the second year was over, and Henry Markram, the brain behind it, was forced to resign.

Myths don’t die easily. They persist despite evidence to the contrary. So it might be a little overoptimistic to hope for an early demise of the cerebral mystique. However, for anyone interested in demystifying the mystique of the human brain, Jasanoff’s stirring and cogent critique of the received wisdom would help clear, so to speak, the cobwebs in the attic.
(This review was first published in the 16-30 June issue of Down To Earth under the headline 'Thinking outside the box').