Lighting up a solution 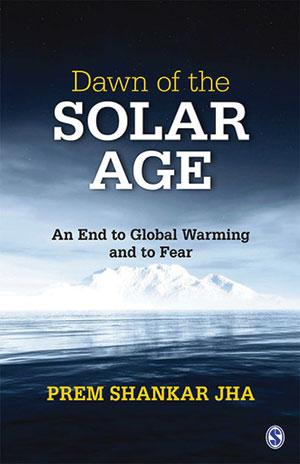 IN HIS latest book, Dawn of the Solar Age, political economist Prem Shankar Jha, seeks to bust the myth that the world just can’t do without fossil fuels; the reasons behind why the myth has been circulating for so many years, and, what a world without fossil fuels could look like. The author, who has been researching about alternative fuels since 1980, offers unique insights into the politics of global warming and dives deep into his main interest: technologies.

The world is at a critical crossroads today. On the one hand, fossil fuels have increased the concentration of greenhouse gases like carbon dioxide and methane in the atmosphere, which has caused polar ice caps to melt, sea water levels to rise and increased the number of extreme weather events. On the other hand, increased consumption is depleting the reserves of polluting fossil fuels such as coal, petroleum and natural gas. So why has the world, which has known about solar electricity for more than four decades and alternate transport fuels for almost a century, not adopted them wholeheartedly? Jha says that politicians and climate sceptics know that this will require an energy shift. And they also know such a shift would create new winners and losers and the biggest losers would be those who have heavily invested in the existing political and economic world structure. Hence, they have used multiple strategies to discredit climate science and created various roadblocks to deny space for clean alternative energy sources.

The author says that it is the free market which has encouraged attempts to discredit solar thermal in the US in the last decade. For instance, in the second term, President George W Bush Jr, allocated US $385 million to six projects for the production of cellulosic ethanol under pressure from the US farm lobby, instead of methanol, which can be made from any kind of biomass. In Spain, the right-wing Partido Popular, which came to power in 2011, withdrew subsidies for solar energy producers, allegedly under the influence of the country’s five big utility companies who wanted to protect their investment in “combined cycle gas turbine” plants during Spain’s boom years. Jha reasons that a free market economy usually turns into an “oligopoly”, where the established producers slow down the pace of technological changes. The most powerful route they employ is through the corridors of power. 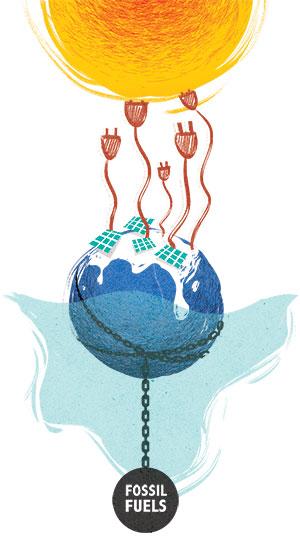 At the same time, the author is critical of the scope of renewable energy technologies. On wind power, he says there is not enough space. With wind generation requiring a quarter of a square kilometre of land per MW—a ratio unlikely to change by much in the future—this would require a minimum of 700,000 sq km of the Earth’s surface to produce 18 per cent of the world’s demand for electricity in 2050. And suitable winds are available for only 21 per cent of the year. On solar photo voltaic, he says it cannot generate power when the sun is not shining and the efficiency of solar panels decreases by half a per cent for every degree Celsius rise in temperature above ambient room temperatures.

According to Jha, only two technologies can make the difference—concentrated solar power (CSP) and biofuels like methanol generated from biomass like municipal solid waste and crop residues through a process called gasification, instead of fermentation. He says CSP does not need rare earth minerals and the performance of a CSP plant improves when the ambient temperature rises. This makes CSP especially suited for installation in tropical, equatorial, desert and arid regions, where most of the world’s poor live. Replacing coal and nuclear power with CSP will not raise the cost of transmission as it does not need special steam or gas turbines.

Methanol can be produced from any kind of biomass waste, be it sewage sludge, municipal solid waste like plastics or agricultural residues. Therefore, it does not cause any disruption of the foodchain and of food prices, unlike ethanol. The book’s true legacy is that it chronicles the genesis and development of the science of global warming and the often-caustic interplay of forces.