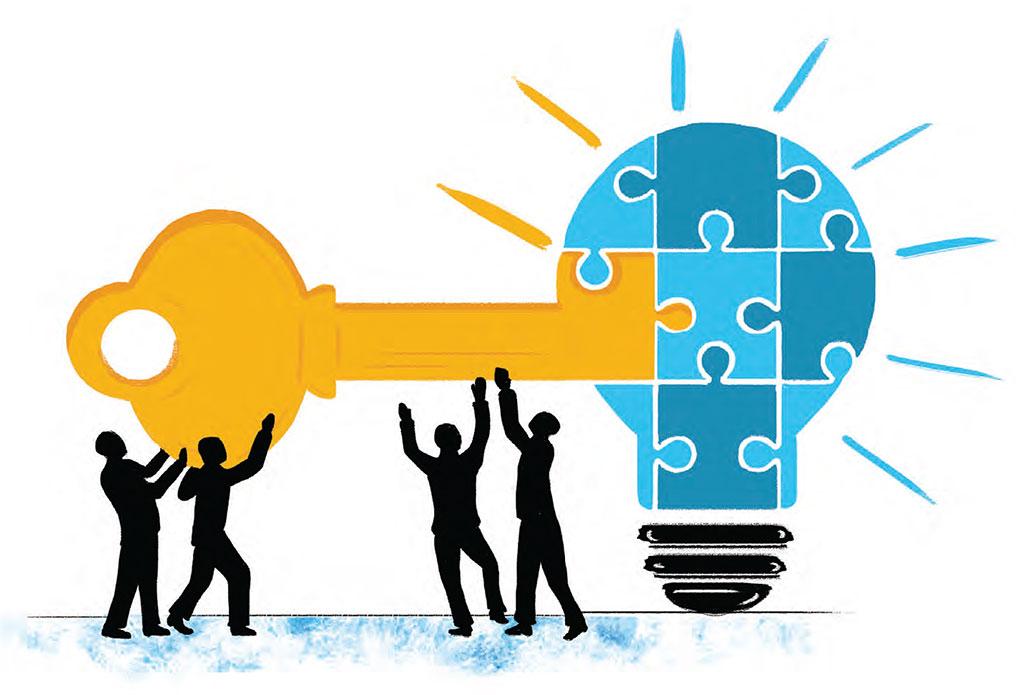 Why do some ‘crazy’ endeavours click while others don’t? Safi Bahcall’s book probes the underlying mechanics

What’s common between Copernicus, Kepler and Ed Catmull of Pixar? All three stuck their necks out for the improbable: Earth and other planets moving around a fixed sun; the sun exerting a force on them to make them move; animation on computers. People scoffed, laughed at their ideas or turned them down, only to eventually accept what was earlier called ‘crazy’.

‘Crazy’ is relative. In Renne Goscinny and Albert Uderzo’s world of Asterix, Obelix and their indomitable villagers, the Gauls thought the mighty Romans were crazy; the average Roman thought the same about the Gaulish village while Julius Caesar, the embodiment of Roman might, had to live with the irritation of a speck of independence on his imperial map.

Today, even a primary school student would call the idea of the sun, moon and other planetary bodies orbiting a fixed Earth crazy. But that’s what the world believed in the 16th century when Nicolaus Copernicus stated otherwise. Even after his death, the idea continued to be considered crazy by all except a handful until Johannes Kepler came along a century later and upped the craziness ante. 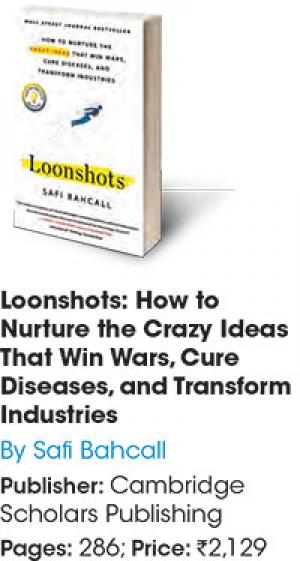 By the 20th century, when Catamull tried to convince people of computer animation, crazy ideas had wider acceptance in a world that had suffered two world wars. Yet bumps remained. This is where Safi Bahcall’s Loonshots: How to Nurture the Crazy Ideas That Win Wars, Cure Diseases, and Transform Industries comes in — to explain the bumps: Why they are there? Who put them? How to negotiate them? Where to look for solutions? When will they go away? What if they don’t?

Bahcall, whose website describes him as “a second-generation physicist … and a biotech entrepreneur”, lays out a three-act study of offbeat ideas, when they would work and when they would stop working and how that could be addressed. In the process, he tells interesting tales — of why the United States today has an edge in scientific research, how Hollywood happened; name names — Aryabhata to Zeckerberg and presents several case studies from the cusp of technology and business: Why did Pan Am succeed and then go bust? Why did Steve Jobs’ career stutter and then sway all the way to the banks? What did Disney not do that Pixar did?

Bahcall presents an interesting comparison between the state of matter and fate of a ‘loonshot’ — “a neglected project, widely dismissed, its champion written off as unhinged.” He proposed that it takes such loonshots to change the course of things: To make German U-boats go away in World War II; to beat cholesterols with statins; or to make trans-continental air travel possible. All such ideas might not work. Even when they do, they would need fine-tuning and polishing. But when they take off, they fly.

The problem is to keep them flying. Why does a successful Polaroid go out of business while a Genentech successfully navigates its way through innovations? Bahcall puts it down to ‘structures’ that would support the ‘loonshots’. He contends that too much importance has been accorded to the concept of corporate ‘cultures’ and too little to such ‘structures’ necessary to cultivate wobbly ideas, let them bloom and then allow them to be utilised in real world; at the same time it’s important to not rub the real-world the wrong way and make them antagonistic to such ideas or to incentivise them for sticking to the ho-hum.

Bahcall broadly demarcates ‘loonshots’ into two types, one less glamorous than the other, and makes the case of why it is important to be aware of the power of both. He also explains the fatality inherent in being dazed by one successful crazy idea to the extent of repeating it in a loop. And he chalks out a rough path for leaders to follow so that they can become “gardeners” to loonshots, keep them from becoming over-arching and keep themselves from acting god.

On the face of it, what Bahcall proposes is not easy to comprehend; it also may not be of interest for a wide group of people. Then again, it is something that instigates curiosity. So, for the inquisitive — those not satisfied containing themselves with the job at hand, the same job, over and over again — ‘Loonshots’ is worth the time.

There are times when Bahcall seems to drift a little, when it takes time for his ideas to come through, or when you think “do I really need to know that”. But two things work for Bahcall: The clarity of his thought and his ability to communicate it.

He seems to have given his idea time, found gaps, addressed them until it could be put up to reasonable scrutiny. He draws upon knowledge as well as personal experience to make his point and does so in a fluid, but non-pedantic, language with dollops of references to social icons, Nobel laureates and pop culture — though too American at times and too ‘business’-like.

The second aspect also pops up in the form of several accolades advertised on Bahcall’s website. Almost all of them are related to business publications. That would be a disservice to the book.