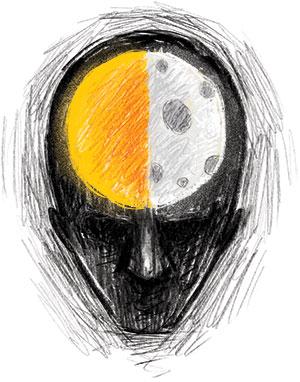 There are numerous books released each day on ways to improve life. Typically, such books are called “how to” books, but Daniel H Pink’s calls When: The Scientific Secrets of Perfect Timing as a “when to” book. “I used to believe that timing was everything. Now I believe that everything is timing,” as Pink ends this book with this sentence. It provides a guide to find the right time for doing things. For instance, it would be better if you read this review in the morning or evening when the brain is most receptive to information. Afternoons, on the other hand, are particularly bad for doing anything important.

Pink’s thesis is based on circadian rhythms—the internal clock found inside every organism and every cell. This body clock works in sync with Earth’s 24-hour rotation and controls all body functions such as sleeping, waking up, digestion and functioning of the heart and kidneys. Pink sets the stage with a study published in Science in 2011 where researchers analysed 500 million tweets from 2.4 million users in 84 countries over a period of two years. They wanted to understand if there was change in positive and negative emotions over time. They found that the messages were upbeat in the mornings, evenings and over the weekend and linked them with body’s circadian rhythms.

Using examples from history and the world of business, the book shows how people can optimise results if they do things when their bodies are most receptive. He supports his argument with an exhaustive body of research on the subject of timing. The book has seven chapters that elucidate the problems with doing things at the wrong time. However, Pink also accepts that most people do not have the luxury to follow their circadian clocks. That’s why he provides a “Time Hacker’s Handbook” at the end of each chapter. These inform the reader about the best time for exercising, replying to emails, getting married, napping, eating, taking breaks, quitting a job and even on ending the day. Some of these may be common sense, but he provides these suggestions after passing them through the lens of time and circadian rhythms. “Afternoons are the Bermuda Triangles of our days. Across many domains, the trough represents a danger zone for productivity, ethics, and health,” says Pink.

He cites the example of surgeons at the University of Michigan Medical School, USA, who set up a system to reduce mistakes in operating theatres during the afternoons. They took, what Pink calls, vigilance breaks. These are brief pauses before high-stakes operations to review instructions and guard against errors. Even judges are more lenient after taking a break. Similarly, he has advice on how to end a work day. This would be particularly useful for people who perpetually take work back home. What he suggests would help make a clean break from work through a “few small deliberate actions that bring the day to a fulfilling close”. In the last five minutes of work, he asks people to write down what they have accomplished since the morning and then put down the plan for the next day.

“Coordinating and synchronising with other people is a powerful way to lift your physical and psychological well being.” This can be easily achieved by simple exercising like singing in a chorus, going for a run together or going for a dance class. To explain the importance of working in sync, Pink uses an example that is close to the hearts of most Indians. The dabbawalas of Mumbai deliver hot, cooked food from a person’s kitchen at home to his/her office each day, on time without making mistakes. Pink believes this success is due to the fact that all dabbawalas are well synchronised with each other and have worked out a system that gives them a sense of belonging. Something as simple as wearing a white Gandhi cap ensures that each dabbawalas knows he is part of a community.

However, the book fails to take into account the complexity of real life in perspective. It is not always possible to take breaks when needed and surely offices will not like employees take a nap each day. The author’s painstaking planning before each action is likely to subdue people who work better in chaos and unpredictable situations.

It is also a fact that the science of circadian rhythms is uncertain. The internal clock does not keep time all by itself. It is constantly adjusted to match the outside world by external cues such as light/dark and when we eat. There is a huge body of research to show that human internal clock is easily disturbed by artificial lights, addiction to the cell phone and even by the medicines we consume. To microplan our life in these uncertainities is difficult.

Unlike Pink, who seems to have made his life better by following these rules, I have taken to procrastinating after reading the book. I used to reply to general emails in the afternoon and crucial ones in the evening after researching on the subject. But now that I know that this is not a good time, emails have piled up in my inbox. I have also started taking more breaks from my computer. While I am sure this is going to benefit my long-term well-being, I am worried about the impact of these breaks on my productivity. I think I will read the book at different times to see if I can find a way to answer this conundrum.