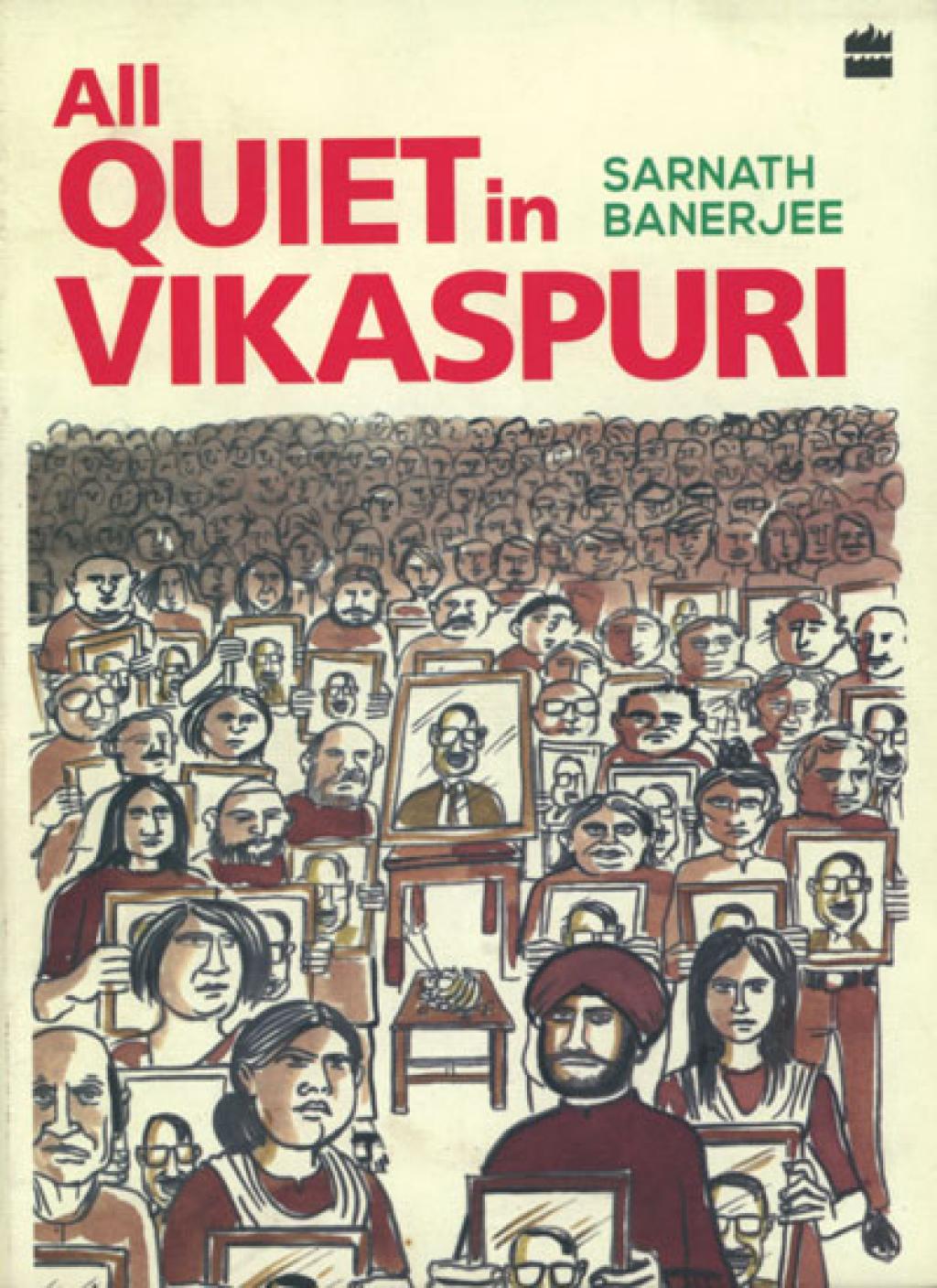 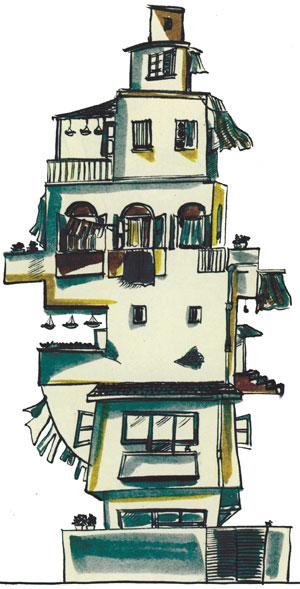 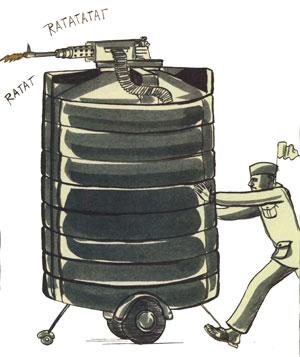 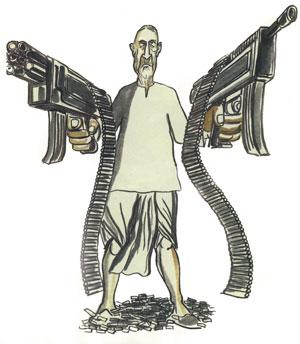 In the past few years, there have been sporadic incidents of violence across the country due to acute water scarcity. Several research studies also predict an increase in the frequency of these “water wars”. Every year, Delhi witnesses several acts of community and individual violence over access to water. Water has also been used as an instrument to voice protest. For instance, the Jats from Haryana have often held Delhi to ransom by cutting off supply during their reservation stir.

In Sarnath Banerjee’s graphic novel, All Quiet in Vikaspuri, Delhi is in the grip of a crippling water shortage. Residents are forced to resort to violence to fight for their rights over the depleted resource. Meanwhile, a quest is on—to locate the mythical Saraswati river so that the ongoing water crisis and violence in the city can be brought to an end.

It is a fictitious account of dystopian Delhi in the throes of a seemingly never-ending water war. The author attempts to illustrate the trail of distress and devastation that follow short-term environmental and economic policies designed purely to profit a few. The improbable protagonist, Girish, is a plumber from copperrich Tambapur. After the copper industry in Tambapur is privatised, Girish is forced to move to Delhi in search of work, as his hometown is stripped of its economy and dignity. He lands up with a job of locating the mighty Saraswati river in the depths of “middle earth”. The story follows Girish in his search and chronicles his encounters with others who have been exiled for their role in creating Delhi’s water woes. There are many twists in the plot; there is even a vigilante superhero; and, the story heads towards a final confrontation between the motley crew of outcasts led by the “psychic plumber” and the forces that are orchestrating the devastating water wars.

Banerjee’s idea of using the trickle-down fatalism to express the disastrous consequences of planning purely for profit is remarkable. The author attempts to inter-weave the oftheard narrative of resource-rich towns and villages being ransacked of their wealth with artificial scarcity in the capital designed to manipulate people to turn against one another. As the story peaks with amusing, and at times even hilarious, illustrations of residents from different warring localities of Delhi preparing to go into conflict, the dangers of short-term planning become too apparent. While the story grapples with the extremely pertinent issue of short-termism and its pitfalls, the author fails to wrap it up in a neat narrative, and instead, hands us a shabby package that fails to live up to expectations. Though one can relate to the central theme in the context of aspirational growth that has infected our society in the past few decades, the story fails to engross the reader to a point where the extremes described are not interwoven in the narrative. The illustrations do their job of humanising situations and characters up to a certain extent, but fail to fill the void left by a flimsy plot.

The attempt to offer different perspectives bringing out the main character’s internal conflicts and dilemmas are under-mined by poorly developed characters who zip in and out of the plot without giving readers a chance to connect. Ultimately, the drama and the emotional weight of the story are lost on the reader, and the events described seem too far-fetched and fantastical.

The problem with this graphic novel is that it takes on too many nuances that are difficult to integrate in a single story. In his haste to join all the dots, it seems like the author neglects the need to step back and take a look at the bigger picture. In the end, the final product is an unfortunate hotchpotch of seemingly hollow connections. All Quiet in Vikaspuri is nothing but a missed opportunity.