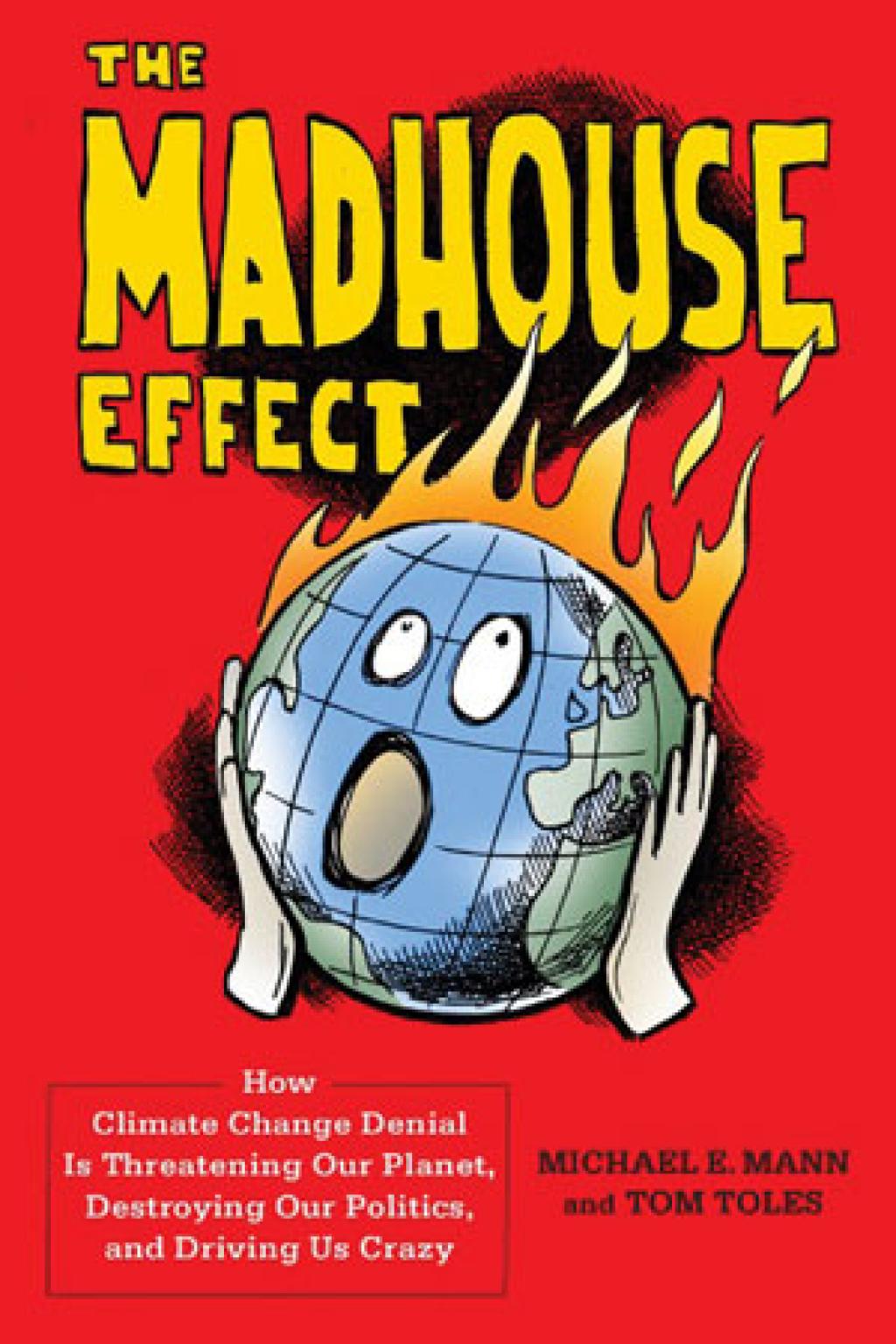 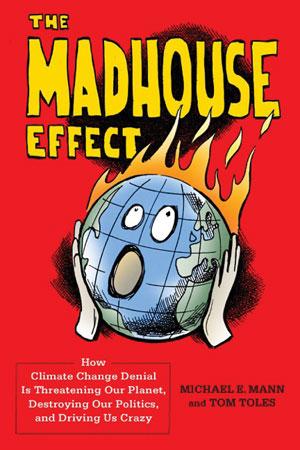 What do you get when a renowned climate scientist teams up with a Pulitzer winning cartoonist to take on a pivotal issue: climate science denial? Pure genius. Michael E Mann, a distinguished professor of atmospheric science at the Penn State University, and Washington Post cartoonist Tom Toles dissect the anatomy and politics of climate change in The Madhouse Effect. Mann exposes how the obfuscation of facts and bad science is being used to willfully defeat the reality of climate change. And Toles illustrates the absurdities and frustrations surrounding the current debate in the US.

The book begins with science—what it is and what it is not—and then moves on to reactions and responses to global warming. In the chapter, Stages of Denial, Mann and Toles reveal the behemoth of climate science denialism. Mann traverses through the history of climate science and policy to show how inaction is powered by the “six stages of denial”. The chapter is funny and exposes how exactly goalposts have been shifted by the powers that be to rationalise an agenda for inaction.

If science can be used to make claims with implications for the rich and powerful, you can be sure that an assault on science will be used to nullify the claims. Mann and Toles draw parallels between other assaults on science in the recent past. Mann is not only persuasive and relentless in his description of the lobby machines, but he also describes with ample circumstantial evidence on the role of ideology and money to sustain this misinformation campaign.

The chapter, Hypocrisy—thy name is climate change denial is a hilarious take on the absurd state of American politics when it comes to climate legislation. It brings to the fore the moral and rational flip-flops that have afflicted American policy for the past 20 years. Mann lays bare the ridiculous state of domestic American politics and the false equivalences used to perpetuate willful ignorance as a powerful weapon in American legislation. The authors are at their ruthless best while exposing the cozy nexus between big media, big industry and politicians to not just manufacture consent, but also to evade consensus.

For those interested in the ways in which technologies have been applied to tackle climate change, the chapter on Geoengineering is an absolute treat. It reinforces the fact that technology can easily lead us into a spiral where more technologies will have to be applied exponentially to offset the problems created by earlier technologies. Mann and Toles make a great case to identify these unavoidable perils of technological “solutions” before embarking on a journey to create the scifi world right out of an Isaac Asimov novel.

The most rational solution is often the simplest one. This is the bottomline that Mann champions in the book. The easiest, and indeed, the safest way forward is simply to “take your foot off the pedal” as another climate champion of science, Bill Nye, would have put it.

Climate science has often been accused of being too scientific, which implies that there is little room for fun. By intelligently incorporating dark humour, wit and expressive illustrations, Mann and Toles have matched something of a gold standard in scientific and policy communication.

More than adults who are abreast with the realities of climate change, this book would be extremely useful for the youth who are in the danger of being weaned away by propped-up debates on primetime TV and conservative news outlets.

Though the fluidity and simplicity of writing is what makes the book an engaging read, it is the authors’ passion and their anger on the state of things that make it un-putdownable. Humour is often just ripened tragedy, and The Madhouse Effect has copious amounts of the latter to justify the generous dose of the former. The duo would have done an even more compelling job had they found a little more space for the circus of international climate negotiations. Limiting the discussion primarily to American responses and public discourse can be seen as a lost opportunity. Perhaps a sequel is on the cards.