A clean country in the offing with new solid waste rules

The rules have gone into details of almost every stage involved in waste management; be it segregation at source, transportation of waste, treatment and final disposal

The rules have gone into details of almost every stage involved in waste management; be it segregation at source, transportation of waste, treatment and final disposal 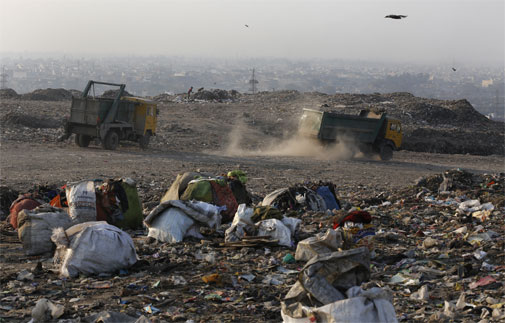 After the earlier draft of 2013 facing the Karnataka High Court’s stay order for being “regressive”, the Union Ministry of Environment, Forests and Climate Change (MoEFCC) has finally released the Draft Solid Waste Management Rules, 2015.

The new rules are going to replace the Municipal Solid Waste (Management and Handling) Rules, 2000 and this time the environment ministry seems to have put its best foot forward.

Though the draft was expected in 2014, the guidelines and provisions delivered this time should be able to make critics who have been crying hoarse over the delay quiet now.

The rules have gone into finer details of almost every stage involved in waste management; be it segregation at source, transportation of waste, treatment and final disposal.

The new draft seems to have solved much of the dilemma by addressing vital problems of solid waste management which India is facing today.

Unlike the draft of 2013, the rules this time emphasise on segregation at source by the waste generator into four categories. The table below will give an idea of how this will be done.

Earlier, sanitary napkins and domestic hazardous materials were not recognised as different waste streams. Thankfully, the new rules have recognised these types of wastes as separate that otherwise come under the broad umbrella of municipal solid waste.

The 2015 draft rules have also broadened the jurisdiction from mere cities to cover even Census towns (areas that have acquired urban character over the years, but still have not been able to make it to the list of notified urban settlements), areas under the Indian Railways, industrial townships, cantonments and Special Economic Zones (SEZs). Now, even the railway board will be held responsible for waste management.

Waste management also means dealing with the kabadiwalas (scrap dealers) for selling old newspapers, magazines and other scrap items. This also takes into account waste pickers who visit us daily for collecting garbage.

This is the informal sector that helps the municipality to get rid of huge amounts of waste by feeding them to the recycling industry. While waste-pickers do charge a meagre amount of money by the end of the month, they also help clean up our homes and cities without putting any financial burden on the municipality.

It is laudable that the new draft rules have for the first time recognised the contribution made by the informal sector by allowing them to collect waste from material recovery facilities (MRFs).

The rules have envisaged MRFs as temporary storage depots of non-compostable waste to facilitate segregation and recovery by waste pickers before it is disposed of. This is surely a decent attempt to integrate the informal as well as formal systems in a positive manner.

For a long time, municipalities and service providers (the contractors hired by municipalities to execute various activities) have been cribbing about financial sustainability for rendering waste management services.

Now, the new rules emphasise on charging user fees from waste generator in a bid to build a financially sustainable waste management system.

However, it is not clear if the user fee will be based on the quantity or type of waste that generators produce. But this can surely be addressed in the municipal bye-laws that every city is now required to devise.

A lot of times, rules have emphasised on training of government officials and capacity building of waste generators as mandatory to ensure that every stakeholder is aware of his or her duties and responsibilities.

After all, the rules of 2000 served no purpose by mandating waste segregation while neglecting the fact that waste generators lacked the sense of what to segregate and how to do it.

The earlier rules relied on costly centralised facilities for treating and disposing municipal wastes while approximately 50 per cent of it can be easily turned into compost at the local level. Thus, the draft rules have made the much-needed provision for providing incentives to decentralised waste treatment facilities.

Last but not the least, the draft has added the much-awaited schedule on specifications for waste incineration. There is no doubt that the ministry should be applauded for giving the country a good draft as these rules can pave the way to a cleaner India.

But the authorities will have to ensure strict implementation, else the draft will only remain on paper and in another 15 years the ministry will have to review this one too.

The country needs immediate action on mounds of garbage that lie unattended while they pollute our environment.