A lethal secrecy in trade deals

Why do democratic governments hide trade negotiations that have dire consequences for public services?

Why do democratic governments hide trade negotiations that have dire consequences for public services? 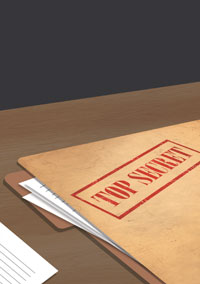 THIS is the age of leaks. And thank goodness for that. Not just by WikiLeaks, the bête noire of secretive governments, but by bands of public-spirited individuals and organisations who have been instrumental in laying bare the machinations of corporate lobbies in shaping major trade agreements.

If not for the leaks, few of us would have known how governments are conceding policy space to powerful foreign governments and even more powerful multinational corporations. In the case of the EU-India Free Trade Agreement (FTA), protests against the negotiations over suspected tightening of regulations on intellectual property rights (IPRs) were confirmed in March last year when non-profit Knowledge Ecology International (KEI) published the draft text of the IP chapter under negotiation. KEI is an organisation that seeks to provide new ways of managing knowledge resources in more fair and efficient ways. The most worrying aspect of these proposed pacts is the provision that allows foreign investors to sue host governments.

So all that we have are leaks, some bits of information that are accessed from “informed sources”, but for the overwhelming part most of the mega trade agreements-Trans Pacific Partnership and Trans-Atlantic Trade and Investment Partnership are among the most lethal-are highly secret and aimed at sidestepping the global system of the World Trade Organization. Not even the lawmakers in the US are privy to what goes on in these negotiations. But then, thank goodness again for US members of Congress who, deeply concerned about the economic impact of such deals across the world, are fighting for transparency in trade negotiations.

On September 10, Representatives Rosa DeLauro and George Miller organised a Capitol Hill forum where leading economists and experts from a range of fields addressed the issue of secrecy. The star turn was Jeffrey Sachs, Columbia University professor of sustainable development who also directs the Earth Institute.

The main points that emerged from Sachs’s talk are that these treaties are primarily aimed at protecting investors and giving them unrestricted powers vis-à-vis the state. He points out, “what is forgotten in the rah-rah of free trade rhetoric is that simply open trade or open investment by itself has no guarantee of meeting the criterion of raising wellbeing broadly, much less across the board.”

The hungrier wolf waiting in the wings is the Trade in Services Agreement, a completely opaque agreement that is being negotiated in secret by mostly members of the club of the rich or the Organisation for Economic Co-operation and Development. A small number of developing nations such as Costa Rica, Pakistan, Panama and Paraguay, the usual members of the co-opted, are also taking part in these negotiations.

So where is democracy in all these agreements that are being pushed by the so-called liberal democracies of the West? The dichotomy is stark between their professed aims and the policies they pursue in the area of global trade and economics. But it is sheer naivete to be surprised by the lack of democracy in the US and Europe. Anyone familiar with recent history knows that US and European governments were comfortable with the military dictator Augusto Pinochet rather than the democratically elected socialist Salvador Allende of Chile.

The best pointer comes from Slovenian thinker Slavojâ”¼Â¢iâ”¼Â¥ek who says the answer can be found in the 1998 statement of Hans Tietmeyer, then governor of the Bundesbank, who held “the permanent plebiscite of global markets” as superior to the “plebiscite of the ballot box”. The bomb inside these trade pacts is ticking.
WTO WTO WTO WikiLeaks Trade in Services … Slavoj Ã¢â€Â¼… Rosa DeLauro Latha Jishnu KEI Jeffrey Sachs Intellectual … Europe Eu-India FTA Economy Down to earth
SUPPORT US