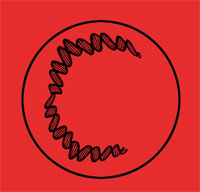 Till the famously gorgeous Angelina Jolie startled the world two weeks ago by disclosing that she had had both her breasts removed owing to concerns about a genetic predisposition to breast cancer, few people here would have paid attention to a momentous case on gene patenting in the US. Jolie decided to undergo a double mastectomy after testing positive for the BRCA1 gene mutation which puts her at high risk of developing breast cancer.

The tests for such a predisposition are the property of US firm Myriad Genetics and the University of Utah Research Foundation which hold the patents on the BRCA 1 and BRCA 2 genes that are associated with hereditary breast and ovarian cancer. The firm also has patents on methods of interpreting genetic test results and testing anti-cancer drug efficacy. Four years ago, Myriad’s monopoly was challenged in a lawsuit that raised a fundamental question: is the discovery of a gene itself a patentable invention and can human genes be patented at all? Although such patents have been granted over the past two decades, it was the Myriad case that challenged human gene patenting for the first time.

It was filed by the Association for Molecular Pathology, the American Civil Liberties Union and the Public Patent Foundation along with patients and researchers who believe that patenting of genes blocks research and patients’ access to medical care. They also argue that since the patents restrict the free flow of information, they violate the First Amendment.

The passage of the case through the lower courts is illustrative of the complexities and dilemmas over patenting human genes. The district courts struck down the patents but the Federal Circuit (appeals court) upheld the biotech company’s right to patent the “isolated” genes but not its methods of “comparing” or “analyzing” DNA sequences. The case is now before the US Supreme Court which agreed to hear only a basic question: “Are human genes patentable?” The issue is whether we view human genes as products of nature which cannot be patented or as human-made inventions.

In April, at the first oral hearing of the case in the Supreme Court, the queries and comments of the justices hearing the petition reflected the difficulties that beset the resolution of an issue that leading scientists believe are beyond the ken of the legal community. Although many of the judges appeared not convinced about the patentability of genomic DNA in isolation, they seemed to be in agreement on the notion that cDNA, which is synthesised and does not have the non-coding regions found in genomic DNA, is not a naturally occurring product. And, expectedly, there was the all-encompassing view that there should be adequate incentives to innovate in order to satisfy the “settled expectations” of the marketplace.

Some of the examples used by the justices to sort out the complexities of genetic patent were curious—and simplistic. One of them compared Myriad’s patented genes to a molecule taken from an unidentified tree in the Amazon. Supposing the leaves of this tree contained a molecule with “tremendous medicinal purposes” would a drug made from these leaves be considered a product of nature and, therefore, not be patentable? Another justice asked if cutting off a piece of the liver would result in patentable subject matter.

These are questions that tied in knots the lawyers for the opposing camps. All of which reinforces the contention of Nobel laureate James D Watson that courts have little understanding of the significance and unique nature of the human gene. Watson, who discovered the double helix structure of DNA and winner of the 1962 Nobel Prize for Medicine, has been opposed to gene patenting for long and in an amicus curiae brief filed in the Federal Circuit in June 2012, he had emphasised that such patents are harmful (see ‘A nobel indictment of gene patenting’, Down To Earth, August 15, 2012).

He has been deferential to the courts but sharp in his remarks on the ability of the judges to understand the complexities and what is at stake. “What the Court misses, I fear, is the fundamentally unique nature of the human gene… Life’s instructions ought not to be controlled by legal monopolies created at the whim of Congress or the courts.”

But his elucidation along with a backgrounder on the history of the Human Genome Project did not convince the Federal Circuit that human genes, as products of nature, should not be patented. And, it appears, that his caution will go unheeded in the Supreme Court, too. What appears likely is a compromise solution: that cDNA is patentable but not isolated genomic DNA, a position the government is taking so as to balance the conflicting interests. However, this goes counter to the position of the US Patent Office which has long taken the view that isolated DNA is patentable. Either way, the outcome of the Myriad case promises to roil the current notions on gene patentability.
Patently Absurd Patently Absurd USPTO University of Utah … Myriad Genetics Latha Jishnu James D Watson DNA cDNA Breast cancer BRCA2 BRCA1 Angelina Jolie
SUPPORT US