A patent triumph of public interest 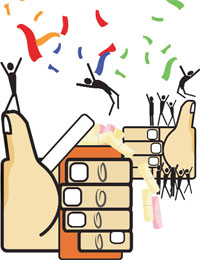 Fresh winds are wafting changes in the stuffy world of pharmaceutical patents. Countries in Asia, Africa and Latin America—there are not too many just now—are enshrining flexibilities in their patent laws to ensure that public interest remains in the legal framework of the patent regime. And courts, too, are interpreting the laws in such a way that access to drugs is integral to the discussion on protection of intellectual property rights (IPRs).

In India, a key finding of the Intellectual Property Appellate Board (IPAB) last month while revoking Swiss multinational Hoffman La Roche’s patent on Pegasys (peginterferon alfa-2a) has come like the breath of spring. Public interest, said the IPAB Bench headed by Justice Prabha Sridevan, “is a persistent presence in intellectual property law and will not melt into thin air, nor dissolve”, while rejecting the company’s claim that Sankalp Rehabilitation Trust, a patients’ help group which had filed the post-grant opposition, had no locus standi to do so (see ‘Strong medicine for weak drug patents’, Down To Earth, November 16-30, 2012). The critical issue in such cases is who is deemed an “interested person”. The Bench held that “the appellant who works for a community which needs the medicine is definitely a person interested.”

Here’s why this is important. Under the patent law, “any person” can file a pre-grant opposition but only “interested persons” can file post grants. Companies have been arguing that only commercial entities can file post grants but Justice Sridevan cited other precedents, among these a Thai court decision of 2002, to establish the right of patients’ groups to file post grant opposition. “It is as much against the public interest to allow unworthy patents to be on the register, as it is to prevent third parties having no interest from attacking a deserving patent. We must take a common sense approach to construe the interest that the opponent has in opposing the grant of a patent,” says the IPAB order.

It has been a long battle for Sankalp which, helped by Lawyers Collective HIV/AIDS Unit, had initiated the post-grant challenge in 2007. Although that challenge was rejected, it finally won the day for patients with an appeal against the order. Settling all ambiguity on the contested issue of interested person, IPAB declared: “The continuance or removal of the patent will definitely affect the interest of the community for whom the appellant claims to work. The appellant has challenged the patent on several grounds, if the challenge succeeds, the monopoly will be broken. This is something that the appellant is interested in, since it will bring the drug within the reach of the community for whom it works, not only because of reduction in cost, but also because of increase in supply.” This is a decision that could be adopted by other developing countries as have been key safeguards pioneered by India in its amended patent regulation of 2005. One could perhaps call this the India effect. The hugely controversial Section 3 (d) of India’s patent law, aimed at preventing the evergreening of patents by innovator companies, has been picked by other countries. Both the Philippines and Argentina have incorporated similar provisions in their patent regulations while Botswana is allowing pre-grant opposition of patents based, according to global health activists, on the Indian model.

Then there is Indonesia. In September, President Susilo Bambang Yudhoyono issued a decree allowing the government to override the patents on several HIV/AIDS and hepatitis B drugs, patents that are held by multinationals such as Glaxo Smith Kline, Bristol-Myers Squibb, Abbott and Merck. Was this inspired by India’s recent decision to override Bayer’s patent on the cancer drug Nexavar and issue a compulsory licence to Natco Pharma to make a hugely cheaper generic version? Similarly, China has revamped its laws so that it can issue compulsory licences to meet health emergencies. Could these changes have been inspired by India’s lead? Possibly.

Argentina has gone a step further. It does not grant any rights to the innovator company during the patenting process; protection kicks in only after the patent is granted, according to a decision by an appellate court. In other words, the patent term can be much less than the official 20 years as stated in the country’s statutes.

Besides, it allows full use of the Bolar Exception that allows other entities to undertake research and tests to get regulatory approval for generic drugs without requesting authorisation from the patentee.

For drug giant Novartis, there must have been a sense of déjà vu when it lost its case against an Argentine national drug company that patented the polymorph beta version of its blood cancer drug imatinib mesylate. In India, it was the same drug (Gleevec) that was refused a patent under Section 3 (d). The ripple effect may be spreading.