A pre-emptive strike against Monsanto 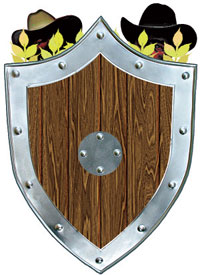 If numbers were enough, the case of Organic Seed Growers & Trade Association, et al versus Monsanto would already be won. On March 29, family farmers—in America, this essentially means small farmers; in India it would be redundancy— along with seed dealers and international organic farming organisations, filed an unusual case against the global biotech giant. Unusual because it is a pre-emptive suit which asks a New York federal court whether Monsanto has the right to sue organic farmers for patent infringement if Monsanto’s transgenic seed should land on their property. In all, the plaintiffs are said to represent 270,000 individuals.

The case which has startled the biotech industry has been filed by the Public Patent Foundation (PUBPAT), a not-forprofit legal services organisation whose mission is to protect the public domain from being captured by the patent system. Its executive director Dan Ravicher had this to say: “It seems quite perverse that an organic farmer contaminated by transgenic seed could be accused of patent infringement, but Monsanto has made such accusations before and is notorious for having sued hundreds of farmers for patent infringement, so we had to act to protect the interests of our clients.”

Ravicher is lecturer of law at Benjamin N. Cardozo School of Law in New York and is well-known for his lawsuits, foremost of them the landmark case against the patents on two human genes associated with breast and ovarian cancer.

The pre-emptive lawsuit is significant because it also challenges the validity of the patents held by the world’s largest biotech seed company. It says that Monsanto’s seeds fail to meet the “usefulness” test of the patent law. In fact, PUBPAT claims, they are “injurious to the wellbeing, good policy, and sound morals of a society, thus making their patents illegal.”

Monsanto produces genetically modified (GM) maize, canola, cotton, soybean, alfalfa and sugar beet seeds that are resistant to the herbicide glyphosate, Roundup, which also is made by Monsanto. The last two were recently authorised by the US Department of Agriculture after several lawsuits opposing their release. These patents are zealously guarded by Monsanto, which is a litigious corporation and has, by its own admission, filed 144 lawsuits in the US since 1997. These have been filed against farmers accused of cultivating Monsanto’s seeds illegally. Most cases have been settled out of court.

It is this fear of accidental and undesired contamination of organic farms by GM seeds that has prompted the PUBPAT lawsuit. Its opening contention says: “Coexistence between transgenic seed and organic seed is impossible because transgenic seed contaminates and eventually overcomes organic seed.” Monsanto bristled at this charge. The corporation states the lawsuit “is a publicity stunt designed to confuse the facts about American agriculture”. It rejects the contention of the plaintiffs that the country “faces an all-or-nothing approach… We are confident that multiple approaches can co-exist”.

Facts belie this claim. Apart from the company’s own record of claims against farmers, there is the famous Canadian case in which two Saskatchewan farmers, Larry Hoffman and Dale Beaudoin, sued Monsanto Canada and Bayer Crop Science claiming the organic industry had been harmed as a result of contamination by the GM canola of these companies.

They sought compensation and a ban on the production of GM wheat for the same reason. But after a six-year legal battle the farmers lost their case in the Canadian Supreme Court.

So it makes one wonder how far this case will go. To start with, the plaintiffs have to first prove their right to challenge the defendant. In other words, that they have been threatened with lawsuits by Monsanto. Legal pundits think that what is even less likely to succeed is the PUBPAT plea that Monsanto’s patents should be cancelled because of the harm they cause. But Ravicher must surely know his legal onions. And the plaintiffs seem hopeful. One of them is Indian activist Vandana Shiva’s Navdanya International, which has a US chapter and represents seed savers. The well-known campaigner for farmers’ rights and seed sovereignty believes the “minimalist plea seeking preventive justice” will go through.

But what of farmers in other parts of the world? In Western Australia, organic farmer Steve Marsh is facing huge losses after most of his wheat and oat crops were contaminated by Monsanto’s Roundup Ready canola being grown on a neighbouring farm. Marsh has lost his organic certification. Who does he sue? Monsanto or his neighbour? Indian farmers, too, have had problems with GM cotton contaminating their organic farms and hurting exports. But what can a few organic cultivators do when the fields are rife with GM crops that know no bounds?