A review of the draft Plastic Waste Management Rules, 2015

The new rules propose to increase the thickness of plastic bags to 50 microns so that their cost discourages people from using them. But penalties need to be made stricter for better implementation

The new rules propose to increase the thickness of plastic bags to 50 microns so that their cost discourages people from using them. But penalties need to be made stricter for better implementation 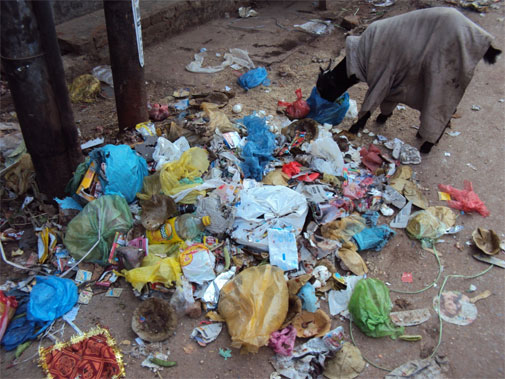 The draft Plastic Waste Management Rules, 2015, has initiated the inclusion of several stakeholders in an attempt for effective plastic waste management.

The Extended Producer Responsibility (EPR), which is a requirement to be fulfilled by producers, is not clarified in the draft rules. There has been no mention of any scheme or mechanism through which a producer/manufacturer shall comply with EPR, like the Deposit Refund Scheme (DRS) which has been introduced in the draft e-waste rules.

Under the DRS scheme, a portion of the sale price shall be retained by the producer and shall be refundable to the consumer once the end-of-life products are channelised in the prescribed methods. Such schemes have worked well in US and European countries for plastic bottles, metal cans and motor oils. Who will be eligibile for EPR authorisation—bulk or independent producers or a group of producers—needs to be clarified. Also, EPR management is missing from the draft rules.

As per the new draft rules, the thickness of carry bags has been increased from 40 microns currently to up to 50 microns. This also includes plastic sheets used for packaging and wrapping. They don’t mention plastic material for packaging gutkha, pan masala and tobacco.

The thickness has been increased because the high cost of production of thicker bags would inevitably lead to a decrease in their production by manufacturers and purchase by customers. A 40-micron bag costs around Rs 2, whereas the usual 20 micron bag costs around 10 paisa. A 50 micron bag would clearly cost more. The second reason is that thinner bags are more difficult to recycle as opposed to thicker bags.

The draft laws have mentioned that wet bio-degradable, dry recyclable and combustible waste and domestic hazardous waste shall be segregated at source in accordance with the Solid Waste Management (SWM) Rules, 2015. The processing, disposal of plastic (as well as the inert from recycling or processing facilities of plastic waste) shall be in compliance with the SWM Rules, 2015. Also, as per the draft rules, ULBs shall encourage use of plastic waste in road construction, energy recovery and other processes.

To encourage the use of labelled plastic, the draft rules have imposed fines as per the bylaws of the ULBs on street vendors/retailers who use unlabelled plastic. But the penal provision needs to be further tightened. For instance, in Delhi, the fine is Rs 500, whereas in Mumbai, it is Rs 100. A fixed fine should be decided. The draft rules should have also included manufacturers producing low quality plastic which is not properly labelled under the purview of this penalty.

This exists in the present rules as well. The purpose of imposing a price on plastic carry bags is to reduce their usage by making people shift to other options such as cloth bags which are not harmful to the environment. Like in the present rules, the draft rules have clearly mentioned the charging of fees for use of carry bags. The ULBs will use this fee for sustainable waste management and is yet to decide how this money shall be collected from the retailer for use. As of now, the price of plastic carry bags varies in different cities. For instance in Mumbai, the carry bag price varies between Re 1 and Rs 7 in supermarkets and malls. In Delhi markets, an average of Rs 5 for plastic bags in main markets and Rs 3 in smaller markets is charged. Thus, a standard average cost needs to be decided for the whole country.

Responsibilities of a producer/manufacturer have been tightened

The rules state that within six months of publication of the rules, the producer needs to work out modalities for waste collection system based on EPR by involving the state urban development departments (individually or collectively), through their own distribution channel or through the concerned ULB. Also, within a period of three months, the producer shall apply for grant of registration to the concerned SPCB/PCC. After a period of one year, producer/manufacturer/recyclers have to give a proper action plan to the SPCB/PCC on the basis of which the registration shall be renewed again for a period of three years. The registration will ease the task of SPCBs and would also encourage more producers/manufacturers/recyclers to be a part of the legal chain. This shall lead to better assessment of plastic waste.

The draft rules have included the responsibility of the generator, which was earlier neglected. As per the draft rules, a waste generator (includes every person or group of persons or institution, residential and commercial establishments including Indian Railways and defence cantonments which generate plastic waste) shall be responsible for minimising the generation of plastic waste and to segregate waste at source. Also, a generator has to ensure the waste is handed over to waste pickers, registered recyclers or waste collection agencies. The draft rules have also included a provision of payment of user fee by the waste generator as per the bylaws of the ULB. Once again, the provision of payment needs to be fixed throughout the country.

What needs to be addressed

The draft rules need to be strengthened further. Their main purpose should be to discourage the use of plastic in the country, but somehow, they have failed in the attempt to address this issue. EPR is still loose and needs to be worked upon for better implementation of these rules. A clear directive of how EPR should be followed needs to be included. The penal provisions are weak and need to be worked upon. There should be inclusion of a heavy penalty for non-compliance with the rules for effective implementation. India generates almost 1.5 MT of plastic waste every year. Less than a quarter of the waste is being collected and treated. Hence, until we work to strengthen the rules, the road ahead is dark.