A victory and a retreat on CLs 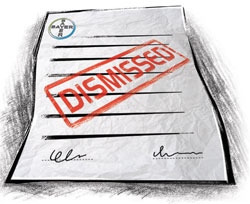 December has been a landmark month on legal questions surrounding the compulsory licence (CL). On December 12, the Supreme Court of India set the seal on a three-year battle launched by multinational drug company Bayer against the first and only CL issued so far. That was to produce the anti-cancer drug sorafenib tosylate (Nexavar). The apex court dismissed Bayer’s special leave petition against the Bombay High Court’s decision upholding the CL granted to Indian generics firm Natco to manufacture Nexavar.

The ruling on Nexavar is momentous as it was a test case. The CL given to Natco in March 2012 by the Controller General of Patents had resulted in a nasty campaign against India’s patent regime by drug MNCs who claimed that its laws did not protect intellectual property rights (IPRs). The Nexavar CL, although perfectly legal, was used by US pharma majors and trade lobbies to portray India as a maverick on patents. The fact is that CLs are a WTO-approved provision that allows governments to issue a licence to override patents in special circumstances. The irony is that the US has issued the highest number of CLs to date.

Bayer had first challenged the CL at the Intellectual Property Appellate Board (IPAB), then in Bombay High Court and finally at the Supreme Court. Analysts believe the December ruling is a major victory for access to medicines and that the earlier judgements of IPAB and the high court have set important guidelines for the grant of CLs.

In earlier columns, we had explained the significance of the Nexavar case where several critical issues such as the cost of the drug, its limited availability in India and Bayer’s reluctance to manufacture it in the country had all played a role in the issuance of the CL.

But other developments are testing the country’s commitment to CLs. At the same time that the Supreme Court gave its ruling on Nexavar another critical case involving CLs came up in the Delhi High Court. The suit was filed by Novartis against leading generics maker Cipla for infringing five patents covering its Indacaterol drug (Onbrez) that is used to treat chronic obstructive pulmonary disease (COPD). Novartis has sought damages for this infringement.

Cipla, however, was testing the waters on CL through another route (see ‘Cipla’s audacious move’, Down To Earth, November 15-30, 2014). In November when Cipla broke the Novartis patents by producing a low cost generic version of Onbrez, it had also petitioned the Department of Industrial Policy and Promotion (DIPP), the nodal agency on IPR matters, to revoke the Onbrez patents. Cipla contended that COPD having reached “epidemic proportions”, the government should exercise its powers under Section 92 of the Indian Patent Act to issue a CL. Cipla also argued that Novartis was not manufacturing the drug locally and was importing only limited quantities and thus limiting its availability. Besides, the medicine was too costly. It was citing the very same grounds under which the Nexavar CL was issued.

DIPP, however, did not rise to the challenge. As a result, Novartis has sued Cipla and refuted the company’s claims on availability of the drug. More pertinently, Novartis was quoted by Reutersas saying, “Cipla did not use any of the processes provided for in the Indian legal system to either challenge validity of the patents, establish non-infringement or to seek a license for these patents.”

The health ministry had backed Cipla’s recommendation so why did DIPP refuse to act? One reason that’s been bruited around is that DIPP was not sure if it was on firm legal ground. The other theory is that the government was afraid of provoking the US. Most people believe this is the real reason.