About sleepless nights at PMO and the diwan

Are bureaucrats under Modi regime so hard-pressed that settees in office have become a necessity?

Are bureaucrats under Modi regime so hard-pressed that settees in office have become a necessity? 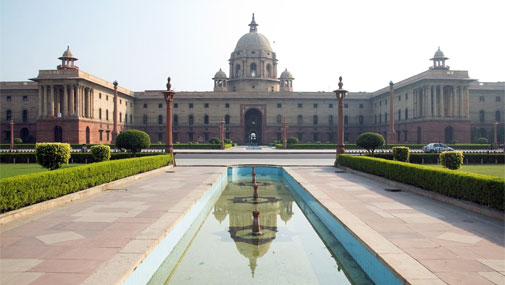 “The bureaucrat who does not go home” could have been the headline of a story that was published recently by a major newspaper. The story extolled the “hard” life a senior bureaucrat who sometimes does not go home at night in order to keep up with the punishing schedule of Prime Minister Narendra Modi who, it has been frequently drilled into the Indian head, does not sleep more than four hours a day.

What does the poor bureaucrat—living at a stone’s throw from his office in imperial Delhi—oops Lutyens’ Delhi—do? He arranges to have a diwan—a settee—in his office on which he lies down—but only for a brief while because he works even at night.

All this is very well, especially with the Modi government completing one year in office, having little to show on ground, except for some industrialists’ shares skyrocketing and a slew of decisions, which are yet to benefit the common people.

The importance of the diwan in the story was supreme, even though the journalist who seemed eager to buy the story did not put it in the context of the diwans and settees that are abundant in bureaucrats’ (read Indian Administrative Service officers’) offices.

While working as a reporter for another newspaper, I first saw the diwan in the back room of the office of a bureaucrat who went on to become the chief election commissioner of India. The diwan lay in a small but plush room which was at the back of his office, accessible through a door. “This is where I rest a little after lunch,” he told me. It immediately rang a bell since the officer, otherwise accessible at almost any time of the day, was somehow “in a meeting” between 2 and 3 pm every afternoon.

The reason why the bureaucrat rested on the diwan was that his home was at considerable distance from his office in Old Delhi and it would have been a strain to go home, have his lunch and daily siesta. I met many other officers in due course who always went home for lunch and never returned before 3 pm. They had a diwan if the design of the room permitted (it often did), and on bad days or if their home was far, rested on it.

While I was keenly interested in the other enviable aspects of their lives, it was their freedom from the drudgery of routine which was an eye-opener. Rules are for the masses, not the classes. It is not an uncommon practice in organisations where the management sets stringent rules for others while keeping itself free from these bindings. From this perspective, the top slot belongs to the district magistrate (DM) who usually lives in his sprawling bungalow in the district, is in-charge of things great or small, and the nearest person to lord over him—the divisional commissioner—is miles away.

I got a chance to closely interact with a DM in Rajasthan, where I represented a development agency offering to support drought relief measures in his district. I went to the office of the DM to make the first contact. A sash-bearing, turbaned attendant stood outside the door. Finding the man alert and standing stiffly, like the imperturbable Bobbies in London, the attendant gave the impression that either the officer was inside or was expected any minute. I checked with the DM’s office if he would be in and was told he could come in any minute. I congratulated myself for being at the right place at the right time and took a place on the wooden bench which had no one else.

Then began my wait.

An hour passed, then two, but the DM did not appear. The man with the sash kept standing stiffly, occasionally taking a walk in the corridor. All this while, the DM’s staff sat in his office. Some files came in or were taken out but by and large the scene was static.

With the day coming to an end, I went to the turbaned man whose military posture was beginning to sag, and asked him what to do. I had wasted one full day and was scheduled to return. “Go to his residence,” he replied sympathetically but stiffly, and I went to the DM’s bungalow where I was let in.

After a short wait, a man slightly older than I emerged in sports attire and my day-long wait ended. Subsequently, I spent many friendly hours with the DM, mostly at his home. Files were brought to him; he received and made calls while the birds chirped in the lawn. It was his “camp office”—with two offices he was never away from office even while dressed in shorts or having tea with his wife.

Since then, I became aware of the camp office of senior officers in the police and administration, who have two or three sets of staff to help them in their homes. These officers are supposedly always at work—even when swinging a racket with their friends in clubs or taking a nap after lunch. It’s a good life, and perhaps it is not a good idea to question why they have these privileges while their staff members dutifully give full hours to their work.

Should one call this inequality or the perks of a job? Those who benefit from this will justify the siesta as a necessary break to help make better decisions. The intriguing part is that so many Indians see inequality as privileges which are legitimately due to people in positions of power. Many of us believe in the necessity of the diwan. So what if it is only the IAS officers who get to sleep on these.

Anupam Srivastava is the author of The Brown Sahebs, a novel

Narendra Modi … Indian … IAS down to earth India
SUPPORT US