African states need a vision for relations with the Indo-Pacific 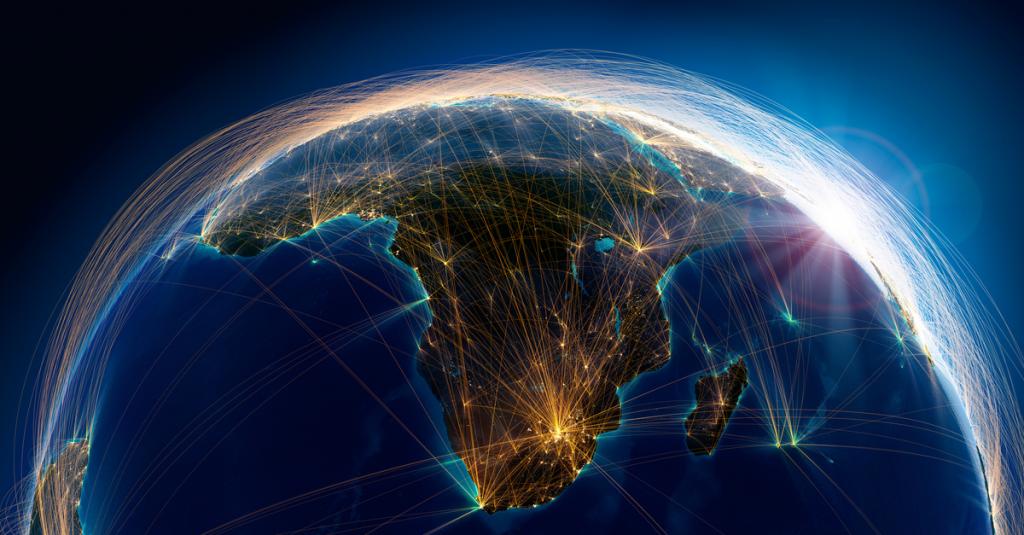 This year sees the 25th anniversary of the Indian Ocean Rim Association. Nine of the organisation’s member states are African, ranging from Somalia in the north west to South Africa in the south. It also includes islands, such as Mauritius, off the western seaboard. It brings together governments, business and academics and researchers across the Indian Ocean Region.

Set up to strengthen regional cooperation and sustainable development, the association has grown from 14 member states initially in 1997 to 23 in 2022. It has adopted the ‘Blue Economy’ as a focus area. It is also increasingly paying attention to climate change and environmental issues as well as the regulation of fishing and other threats of growing importance to the maritime realm.

In recent years, the organisation’s member states have increasingly been confronted by the geopolitical rivalry between China and the United States in the mega-region, referred to as the Indo-Pacific.

The Indo-Pacific is home to more than half the world’s population and seven out of the 15 biggest economies in the world are located here.

For the US and its allies, who have largely appropriated the Indo-Pacific concept, the region is first and foremost of geo-economic concern. The economic interaction is crucial, as seen by the Build Back Better World initiative, although it remains vague on practicalities.

For China, the Indian Ocean forms an important part of the maritime component of its Belt and Road Initiative. This emphasises economic development over geopolitics.

That China is increasingly taking note of developments in the Western Indo-Pacific is reflected in the January 2022 Africa visit of foreign minister Wang Yi. His tour focused on Africa’s eastern seaboard. It included Eritrea, Kenya, and the Comoros (and even further afield to the Maldives and Sri Lanka).

The Indo-Pacific is crucial for the interests of all these states and their regional organisations or informal forums and alliances. The two oceans have been at the heart of world trade for centuries. An estimated 80 per cent of the world’s oil is moved across the Indian Ocean.

In addition, oceans and coastal environments are becoming the next frontier of expansion for sustainable development. Fishing, mineral and energy sources and tourism are drawing investment as countries realise the potential in ocean and coastal resources.

And ownership of these resources may turn contentious. This was illustrated recently in the maritime boundary dispute between Kenya and Somalia.

Another reason for the growing importance of the Indo-Pacific is related to increased transnational organised crime. This includes human and drug trafficking, illegal fishing and harvesting and trafficking of wildlife and timber and the illicit trade in electronic waste.

Africa has been a long-time supporter of the idea of the Indian Ocean as a ‘zone of peace’. This was first confirmed in a UN resolution in 1971. But the current geopolitical contention in the Indo-Pacific is reminiscent of gunboat diplomacy and is raising many concerns.

What is clear, though, is that Africa and the littoral states in the western Indo-Pacific don’t have a vision for the super-region. The African Union’s 2050 Integrated Maritime Strategy could serve as a starting point. But even then, those states that are on the western Indo-Pacific need to think through their own interests in such a continental approach to this evolving super-region.

Growing importance of the region

The past few years have seen a spate of policy and strategy documents setting out the positions of organisations and states for the Indo-Pacific.

The ‘Quad’ — the informal alliance of the US, Japan, Australia and India — has already developed and formalised individual state strategic perspectives. Although their geographic imaginations of the Indo-Pacific vary. India and Australia are also big players in the Indian Ocean Rim Association.

ASEAN (the Association of Southeast Asian Nations), Indonesia, France and the European Union all have policy documents relating to the Indo-Pacific.

One logical explanation for Africa’s silence might lie in the fact that the focus of the Indian Ocean Rim Association from the start was economic development. Security concerns are a much more recent development. Yet, this is the organisation that perhaps best lends itself to African agency in developing common positions on the Indo-Pacific based on shared interests and principles.

Relations with external powers outside of the association are mostly bilateral. This is particularly true at the level at which infrastructure projects – including military bases – are negotiated.

Using the association for the development of a vision that reflects the African agenda would be ideal. This is because it provides a platform with global reach. More than half the members are from the central and eastern Indian Ocean, while several are members of ASEAN and the Asia-Pacific Economic Cooperation (APEC) organisation. In addition, the association’s dialogue partners include the US, China, Russia, the UK, Egypt, Germany, Italy, Turkey and South Korea.

But it all starts with a national vision. Since 2021, for instance, Kenya has began to formulate a position on the Indo-Pacific and explored the opportunity to work with partners such as India. But it has yet to put out a clear foreign policy statement or strategy document. Neither has South Africa.

The year ahead offers an excellent opportunity for states such as South Africa to develop its approach to the Indo-Pacific. How to steer a position that would serve the country and the continent’s interests in the context of these developments, has become a serious challenge. At the same time, it could promote a broader multilateral discussion within the African Union.

Failing to do so will mean that Africa will be running the risk, yet again, of being an onlooker while others make policy for the continent.

A developmental agenda remains important, yet there is an increasing realisation that there is no escaping the reality of an increasingly politicised and militarised region.