Bias at workplace to lack of opportunities, what four African scientists dealt with to forge a career in STEM 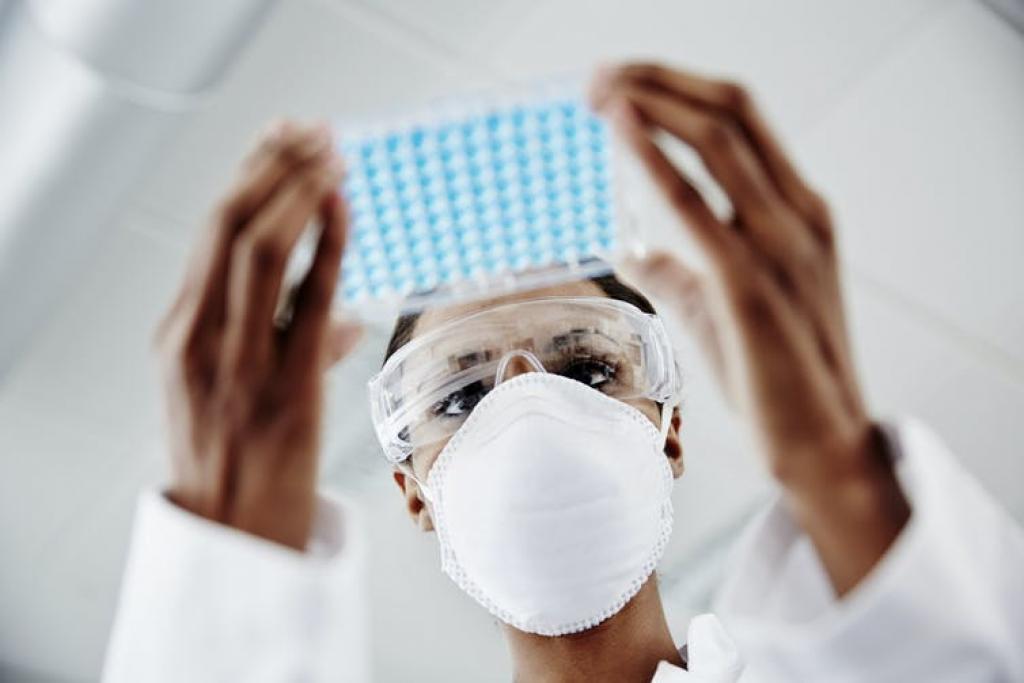 Less than 30 per cent of researchers worldwide are women. UNESCO data shows that only about 30 per cent of all female students choose science, technology, engineering and mathematics (STEM) fields at a tertiary level. Four African women scientists share their experiences in forging STEM careers.

I can’t forget my experience as a secondary school student: After qualifying for a science competition at state level in 1989, I was asked to stay back and let my male schoolmate go, because there was only sponsorship for one person to attend the presentation. He was the only one recognised when they returned. I felt bad, as if it was a crime to be a girl.

There is also the bias of being seen as not capable. Not being given an equal chance to show what you are capable of. I was once dropped for a scholarship because I was pregnant – a decision made not by the funders but by a committee chaired by a female professor.

Such biases have consequences for the STEM sector. It stands the chance of losing the best hands. And women will get discouraged from participating fully in the sector, being recognised and meeting their potential.

The entire populace must be made aware of the need to allow women to compete and show their capabilities in STEM. Everyone is responsible: parents, teachers, policy makers and women too. My parents, for instance, have always said, “You are not inferior (intellectually) compared to any male.” I’m also married to a man who spurs me on and helps to make the journey easier.

The most effective intervention, I think, is to let women step on the stage and show what they are capable of.

STEM appeals to me because it pervades all aspects of life. Most problems in nation building can be solved by applying STEM. The problem–solving attitude required of scientists makes life very exciting.

Personally, I have not experienced any bias (in my career) but I have seen many women experience bias. In most instances, particularly among elites, it is subtle and not direct.

Culturally, in most societies, girls are regarded as inferior to boys. Somehow this belief has permeated all aspects of life in Nigeria and discrimination continues.

The starting point for removing discrimination against girls is education, which is not affordable for many households because of poverty. Early marriages and unwanted pregnancies hinder girls’ education.

But when girls are educated, there is a multiplier effect: there is an improvement in literacy, family income, family health, credentials for employment and occupational aspirations.

One of the ways Nigeria could make a positive change is by enforcing the 2004 Universal Basic Education Act. It mandates every government in Nigeria to provide compulsory and free basic education for every child from primary school to junior secondary school. If enforced, it would make it possible for girls to acquire basic education.

There are other policies, including the Strategy for Acceleration of Girls’ Education. These policies exist but are not fully enforced as fees are still being charged in many schools.

The key ingredients to career progression are opportunity, availability and focus. For Nigerian women scientists, appreciable time is lost to childbearing and family care. Because of the expectation that women are the partners to sacrifice for the family, a lot of otherwise excellent female scientists in Nigeria have not been able to attain the peak. By the time they are ready to progress in their careers, there are no special integration programmes to assist them.

Perceptions will take time to change. Education about the role of the girl child in nation building is key. We can initiate this by having groups that interact with secondary schools through parent and teacher association platforms. Such engagements should feature female scientists as speakers. Female scientists who are starting their careers must be involved too, for mentoring and to “pass the baton”.

Effective interventions do exist. Universities like Oxford and Cambridge have recognised the peculiarities and pressures on female scientists. They have programmes that include providing reintegration grants of up to £10,000 to hire a postdoctoral student for female academics returning after maternity care. This type of targeted approach to bridging the gap between female and male scientists is non-existent in Nigeria.

My personal principle is: “If there is one reason why a particular concept will work, then pursue that one reason and leave out the 50 reasons why it won’t work.”

I have my great grandmother, grandparents and parents to thank for this. They made me realise that I can do whatever I set my heart on doing. We need to reorient parents’ perceptions on how to give all children equal opportunities to flourish from the early stages.

This can-do approach to life will ensure that we position our intuitive and highly resourceful girl children to become trailblazers in STEM.

I’ve always been interested in figuring out how things work, and really that’s at the core of what scientists do. Notice something interesting. Try to explain it. I’ve always been careful to do science on my own terms, though. That includes healthy work hours and an equal focus on family and friends, so as not to burn out. Academia is not a sprint, it’s a marathon.

I’ve encountered bias in my career. It has ranged from overt sexual harassment, to bullying and verbal abuse, to more subtle things like my work being overlooked. It has happened to me and others I know, including my students.

It reflects overt but also systemic bias that is so pervasive and ingrained that people don’t even realise they are biased. Women simply aren’t taken as seriously as men in society. This dynamic is magnified in STEM fields, where women are often underrepresented.

Bias pushes women out of STEM fields, which is a detriment to science. All science is shaped by the people doing it, and it is well known that diversity produces better science.

Diversity brings more backgrounds, experiences, worldviews and angles to considering a problem, which shapes which questions are asked and how evidence is interpreted. This removes the bias that comes from homogeneity of thought, giving us more scientific certainty that we’re getting the correct answer.

Many people think that if we each do our small part to promote diversity in science, including gender diversity, we will move towards equity and justice. In my view this slow, gradual approach has been largely unsuccessful.

STEM fields need to be pushed towards justice. This includes, among other things, educating ourselves on the importance of diversity in science, doing bias training, advocating for employment equity and making it happen, creating inclusive spaces and practices. I see predominantly women and people of colour in the transformation space, which tells me that not everyone is putting in the work to move us in the right direction.