Climate change is a threat to Africa’s transport systems: What must be done

Worst-case disruptions to Tanzania’s multi-modal transport networks could cause losses of up to $1.4 million per day 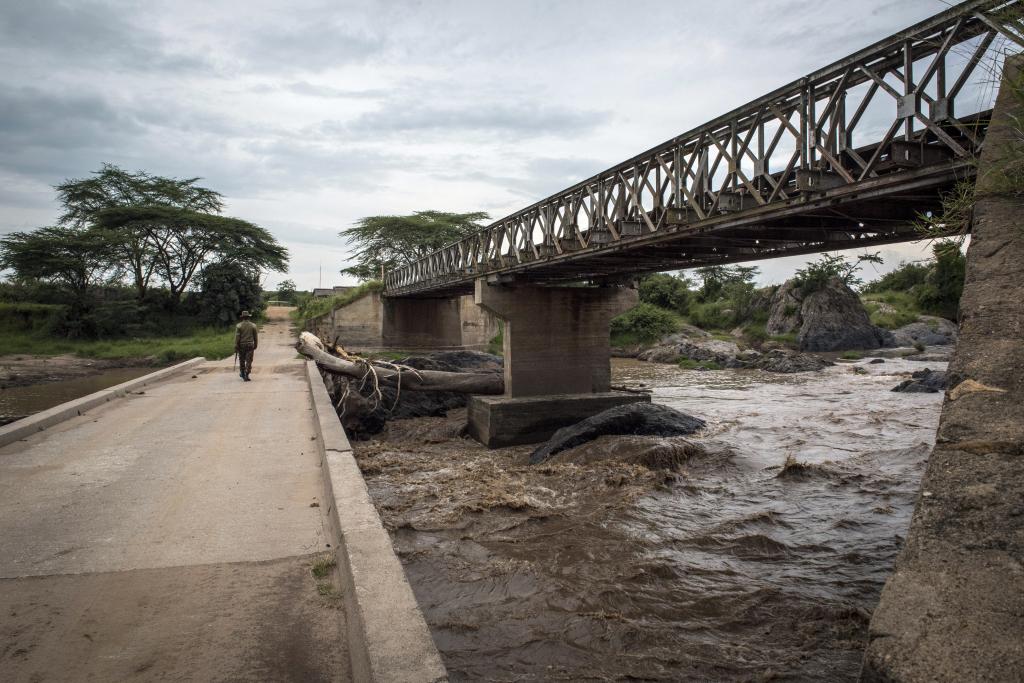 Transportation infrastructure, such as roads and railway systems, is one of the sectors most threatened by climate change. Extreme weather events — such as flooding, sea level rises and storm surges — repeatedly wreak havoc on transport networks.

In Africa, extreme weather is a threat that can cause extensive structural damage. It can also accelerate the ageing of infrastructure components. This can lead to considerable financial losses.

For instance, a recent report on Tanzania uncovered the vulnerability of the country’s transportation systems. Long stretches of road and rail networks are exposed to extreme flooding events, with growing exposure in the future.

The report estimated that worst-case disruptions to Tanzania’s multi-modal transport networks could cause losses of up to $1.4 million per day. In addition, damage to these networks can disrupt the flow of goods and people, thereby lowering economic productivity.

This suggests that governments must ensure that transport infrastructure is developed with the ability to cope with current and future climatic shifts.

Fortunately an effective way to “climate-proof” transport infrastructure already exists within the planning machinery of governments. In our recent work, which investigated the Standard Gauge Rail project in Tanzania, we show how climate change and adaptation capabilities can be incorporated in environmental impact assessment procedures.

Environmental impact assessment is a widespread environmental safeguard. It’s used by governments, donors and lending agencies when approving new development projects or major expansions to existing ones. The process can be used to identify climate risks and ensure that they are minimised through environmentally sound project design.

Transport infrastructure is vital to developing countries because efficient and reliable transport networks are critical for local and international trade. We hope that, with a changing climate, our findings offer useful lessons for policymakers, planners and developers.

The assessment is meant to happen before major decisions are taken and commitments made. Developers, both private and public, often commission registered environmental experts to carry out the study.

Virtually every country has some form of legislation that requires an environmental impact assessment. These are carried out on certain development projects, particularly those likely to have significant effects on the environment. This often includes major transport infrastructure.

The study culminates in a set of observations and recommendations, which regulators and developers are meant to take on board. Legislation usually provides for followups on whether they were. In countries with strong institutional frameworks, violators often face fines, suspension of operations or even jail time.

Because the assessment has to be carried out for major projects, it offers an efficient and direct way to include adaptation measures.

This is what happened for Tanzania’s Standard Gauge Railway.

The railway, a $14.2 billion investment by the Tanzanian government, is currently under construction. It’s part of the “central corridor” connecting Tanzania, Uganda, Rwanda, and the Democratic Republic of Congo. It will also provide access to the Indian ocean. The government contracted a Turkish firm, Yapi Merkezi, to design and build the project’s first phase, traversing about 541km. Work started in 2017.

Because it is vulnerable to climate change — there are particular concerns over heavy floods and landslides — the environmental impact assessment has tried to prepare the project for potential climate risks.

The assessment was conducted by a multidisciplinary team under an international consulting firm, Environmental Resources Management. They carried out climate projections along the proposed route and outlined adaptation measures for the projected risks.

Climate change issues are not explicitly prescribed by Tanzanian environmental impact assessment law and regulations. The drive to carry out the assessment was a result of pressure from climate-sensitive international lenders. It remains to be seen if the recommendations are implemented throughout construction and following project phases.

Our study demonstrates the huge potential of environmental impact assessments to foster adaptation in transport projects. It makes sense. Most African countries lack the necessary resources to invest in stand-alone adaptation projects.

Even though integrating climate change adaptation into an environmental impact assessment is a simple step, it’s not being done.

This is due to several challenges including a lack of knowledge, awareness, technical and financial resources, and legislative support. Tanzania’s laws and regulations, for instance, do not specifically mandate the practice.

Moreover, developers seldom go beyond what the law requires. Because of factors such as costs or time constraints, they would naturally view such requirements as unwelcome. Additional project approval processes could lead to delays and increased costs for the developer.

To ensure projects are “climate-proofed” in future, several steps must be taken.

First, laws and regulations must be formalised so that climate change is included in the assessment process. These must be supported by technical guidelines and strategic planning.

Second, there’s a need to make substantial investments in building capacity and raising awareness at the institutional level. In addition, climate data must be available and communication between climate scientists and assessment practitioners should be strengthened.

Finally, our paper calls for adaptation aid providers, development partners and international lenders — such as the World Bank, Africa Development Bank and the IMF — to leverage their influence, for instance through funding procedures. This would add pressure to include climate change scenarios in the planning process.