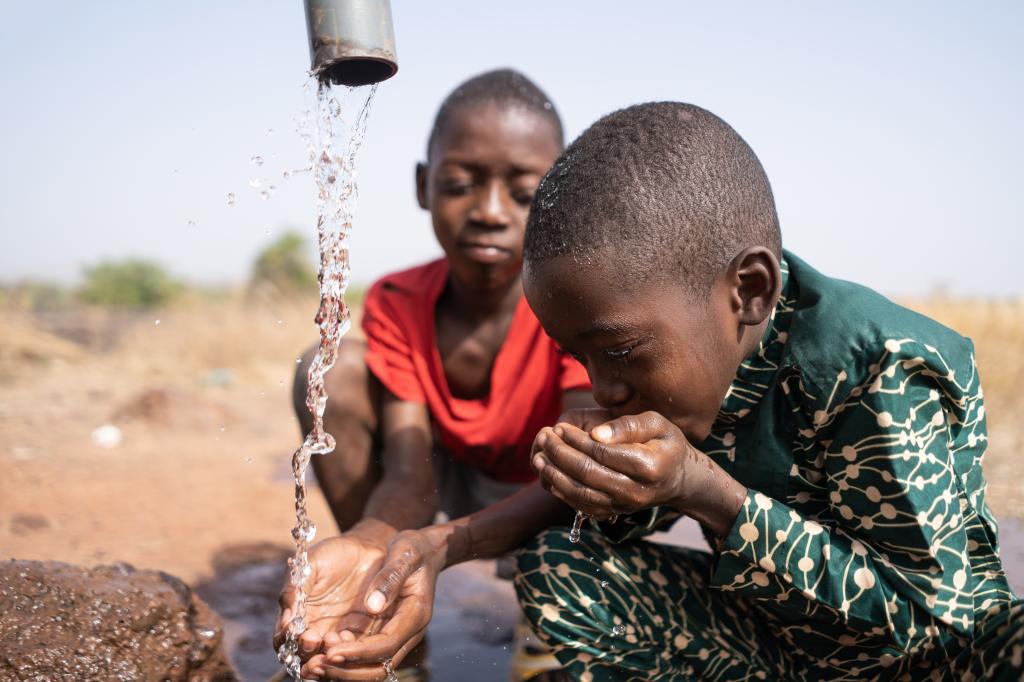 Climate change has already increased global temperatures, greatly increasing extremes. This will continue unless greenhouse gas emissions are reduced to “net-zero”. The 1.5 degrees Celsius target of the Paris Agreement requires emissions reductions of around 50 per cent in the next 10 years.

Newborn babies are particularly vulnerable to high temperatures. They have a limited ability to thermoregulate — or control their body temperature — and can easily become dangerously hot or cold.

Older babies and toddlers can thermoregulate better. But they are often unable to communicate their temperature discomfort. They rely on caregivers to help them adjust clothing and change their environment — like opening a window or seeking shade.

Africa has some of the poorest and hottest countries in the world. This means that young African children are at particular risk of heat stress impacts.

However, estimates of heat-related deaths in African children are limited, primarily due to the lack of available mortality data over the continent.

There has been little research into the impact of climate change on child heat-related deaths in any region of the world.

To address this knowledge gap, we estimated present day and future heat-related mortality due to climate change in African children under five years. We did this using a range of different global heating scenarios and information from a small number of existing studies relating temperatures to heat-related child deaths in Africa.

We also considered population growth and recent declines in the total child mortality rates in African countries due to developmental improvements such as better healthcare and infrastructure.

Climate change accounts for approximately half of these deaths. The additional deaths due to climate change cancel out the recent reduction in heat-related deaths that was achieved through developmental improvements.

Our research underscores the urgent need to reduce emissions and take adaptation measures to reduce the impact of heat on babies and children.

Even assuming declining overall child mortality and a rapid reduction in emissions, temperatures and heat deaths will continue to increase until the middle of this century. From 2040 onwards, the benefits of limiting global warming to 1.5°C are stark.

In a “business-as-usual” future scenario, where emissions continue to increase, heat-related deaths in Africa could double by 2050.

If we are able to limit global warming to the Paris Agreement target of 1.5°C, almost half of these deaths could be prevented.

Under future scenarios with high greenhouse gas emissions and significant global warming, by 2100 many parts of Africa will experience a climate like no other current climate on Earth. Therefore, we cannot assume that present-day relationships between temperature and heat deaths in children will hold in the future.

Heat-related mortality is dependent on social and demographic factors, as well as climate. Without climate change, heat deaths would most likely decrease over time due to ongoing improvements in the socio-economic situation in African countries, such as better healthcare.

We chose not to estimate heat deaths beyond 2050. We considered the uncertainties in future population growth, socio-economic development and greenhouse gas emissions too large to make meaningful estimates.

However, considering temperature increases alone, if emissions are reduced in line with the Paris Agreement, the number of days per year above the deadly heat threshold over Africa will be only slightly greater in 2100 than the present day.

Our estimates do not take into account future adaptation to temperature increases. With sufficient resources, some adaptation to future heat extremes — such as air conditioning and changes to caregiving practises — will be possible.

However, since young children — especially newborns — don’t thermoregulate, they cannot acclimatise physiologically in the same way as adults.

Our research shows that climate change is already negatively affecting the health of children in Africa. A similar situation is likely to be occurring in other developing nations in the tropics and sub-tropics.

Currently, no country is on track to reduce emissions enough to comply with the Paris Agreement and keep global warming to 1.5°C.

Without urgent action, upper limits of human survivability — such as a wet bulb temperature of 35°C — may be regularly reached in the tropics by 2100, with devastating consequences for people in Africa and elsewhere.