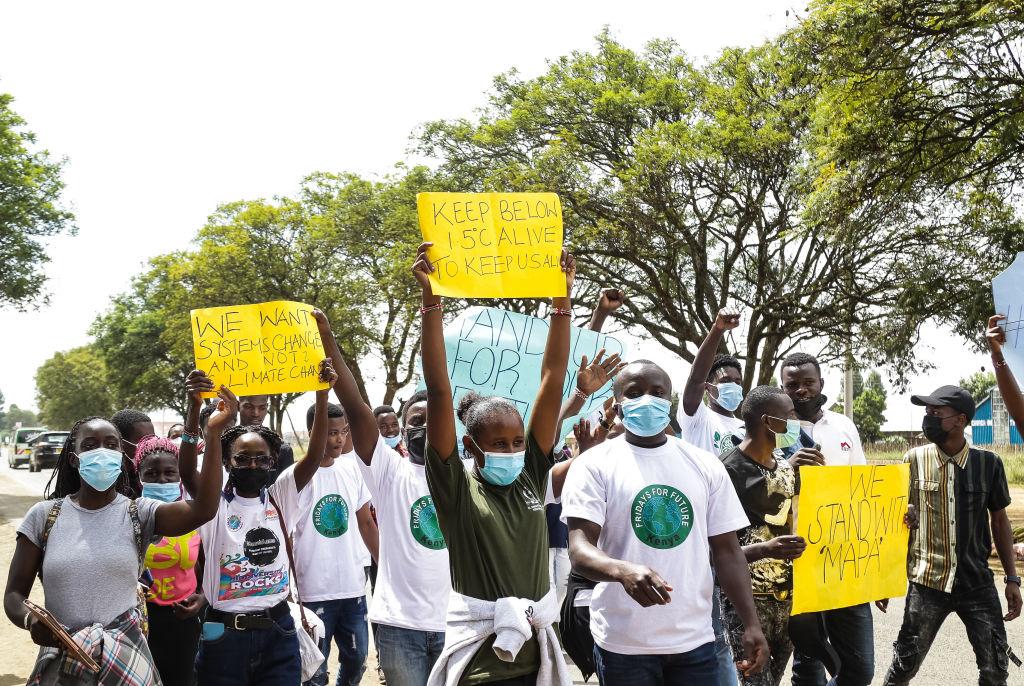 The 26th session of the United Nations Framework Convention on Climate Change Conference of the Parties, popularly known as COP26, is happening at a time when the world has just experienced one of the warmest years on record. The year 2020 reached temperatures that were about 1.02°C warmer than average. These kinds of extremes, driven by climate change, are being felt intensely across Africa.

Greenhouse gases — such as carbon dioxide and methane — are largely to blame for the changes to the climate. Some of the sun’s energy is reflected back to space and is trapped by these gases leading to a warming of the earth. Increased concentrations of these gases in our atmosphere leads to global warming and consequently climate climate.

Africa carries the heaviest burden of the associated climate change effects, despite contributing less than 5 per cent of the world’s greenhouse gas emissions. Industrialised countries — namely China, the US, India, Russia and Japan — top the list in the emission of greenhouse gases, especially carbon dioxide.

Africa is the most vulnerable continent to the effects of climate change due to its low adaptive capacity, as a result of financial and technological limitations, and an over-reliance on rain-fed agriculture. The continent is also witnessing a higher rate of warming than the global average of 0.15°C per decade between 1951 and 2020. Given the observed global warming, it is projected that the continent will experience an increase in hot extremes and more frequent and intense rainfall extremes.

The projected changes in climate are likely to cause devastating impacts across the continent. The current case of food insecurity as a result of drought in East Africa is a case in point.

The International Monetary Fund (IMF) estimates that sub-Saharan Africa has loses of over US$520 million in direct economic damages annually as a result of climate change since the beginning of this century. The cost of implementing the continent’s response to the challenges posed by climate change is estimated at between $7 billion and US$15 billion annually. This is projected to shoot to $35 billion per year by 2050. Consider this, by 2050 climate change is projected to cost Africa 4.7 per cent of its GDP while North America will lose 1.1 per cent of its GDP.

African countries cannot be ignored, or just listened to. Their needs should shape the agenda. There must be action that immediately addresses the challenges facing the continent.

How can the world come to recognise the magnitude of all this? COP26 provides that platform.

The COP26 summit will bring parties together to accelerate action towards the goals of the Paris Agreement and the UN Framework Convention on Climate Change.

The Paris Agreement, created in 2015, aims to limit global warming to well below 2°C, preferably to 1.5°C, compared to pre-industrial levels. Essentially, the agreement brought all countries together in a common effort to combat climate change and adapt to its effects.

The agreement provides a framework for financial and technical support to countries who need it. It also obliges developed countries to support developing countries in their mitigation and adaptation efforts – because they are largely responsible for the losses and costs associated with climate change.

The developed nations promised to raise $100 billion a year to support climate change adaptation and mitigation in vulnerable countries. However, reports show that this pledge has fallen short by at least US$20 billion since 2018. Unfortunately, there are no clear plans provided by the “rich” nations on how this deficit will be met. This is the time to hold them accountable.

At COP26, countries will launch an adaptation goal and adopt strategies for achieving such a goal. This presents African countries with the opportunity to shape the agenda, once more.

Leaders of African countries should approach the convention with a strong, unified voice, presenting their climate change concerns and needs.

The negotiation outcomes at COP26 must succeed in favour of Africa and other developing countries by:

In addition, African countries should continue to remind developed nations of the need to complement local adaptation efforts with global emission reductions. The concentration of carbon dioxide is on an upward trend, despite a dip in 2020 as a result of economic slowdown due to the COVID-19 pandemic.

The G20 countries account for 80 per cent of greenhouse gas emissions with China alone emitting nearly 25 per cent of the global emissions, closely followed by the US.

Despite emitting the least greenhouse gases, African countries have sought to mitigate the effects of climate change. On average, by 2019, African countries were already spending about 5% of their annual GDP to support adaptation and mitigation initiatives, exceeding their contributions to climate change. In addition, regional organisations such as the African Adaptation Initiative are doing their best to build Africa’s resilience in the agricultural sector.

Most African countries have explored renewable energy resources that can help reduce the emission of greenhouse gases. There have also been numerous carbon sequestration initiatives, among other environmentally sustainable investments, running across the continent.

For instance, Morocco has taken the lead globally in production of solar energy, saving the world from over 760,000 tonnes of carbon emissions annually. The harnessing of geothermal energy in Kenya is another notable initiative to reduce the country’s emissions by 32 per cent by 2030.

African countries are playing their part. But it rests on the shoulders of all nations to stay committed to deliver on the Paris Agreement’s promise of a fair, equitable, robust response to climate change.