As the environment changed, the Nile Delta gradually became much less rich in wild food resources 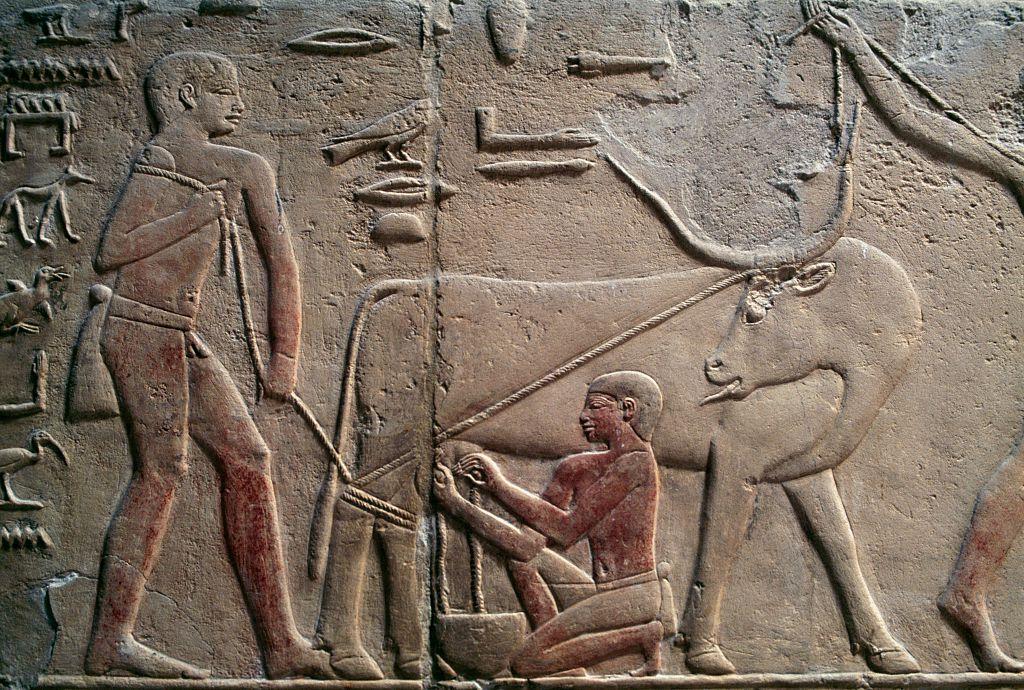 Around 5,000 years ago (c. 3100 BC), what we know today as Ancient Egypt came into existence. A thousand years either side, and other such “primary states” had also arisen across the world, in Mesopotamia, North China, the Indus Valley and other locations.

But why did human social dynamics change so dramatically in such a relatively short space of time? Why did we stop living in smaller communities and come together into cities and “civilisations”?

In trying to answer this perennial question, archaeologists and anthropologists have historically studied the emergence of social stratification, notions of kingship, shifting identities, changing technologies, and much else. However, these studies — while looking in detail at these “human factors” — have arguably overlooked the changing environment within which the people were interacting, just at the crucial juncture. It is almost as if we have been so focused on the “actors” of the narrative, we have missed the “stage.”

Our research recognises this omission and has sought to integrate the changing landscapes — the stage — into the discussion, recognising that actors’ choices may be influenced by the theatre or set.

So what did the “stage” look like for the emergence of Ancient Egypt, or indeed any of these other areas in which the first “civilisations” arose?

To find out, you have to dig. For every metre you drill down into the silts of the Nile Delta, you delve about a thousand years into the past. If you then study the layers of sand and mud at that depth, you can begin to piece together a picture of the landscapes from the past.

So, if you drill lots of boreholes all over the delta (2-10m deep), study the layers of sand and mud that come up in each one, you can then produce a whole series of maps showing how the delta as a whole looked at different times.

From various such drilling programmes we are now beginning to understand that in the Nile Delta the landscapes were changing dramatically just as the people here and upstream were beginning to reorganise their social structures. Intriguingly, very similar environmental changes were also taking place in Mesopotamia and North China (other locations where the world’s first state societies emerged).

Furthermore, these shifts in the landscape were not driven by people, but by an external factor: the slowing-down and stabilisation of post-glacial sea level rise. The “stage” of the theatre upon which the human story played out was indeed evolving by itself, with a natural, inescapable, worldwide driver as the cause.

But what were these landscape changes? And could they have nudged the “actors” one way or another? Did they contribute in any way to the emergence of Ancient Egypt?

Answering the other questions — establishing if and how these changes impacted on the trajectory of human history — is much harder.

One way we can attempt this is by studying how people interacted with the environment to source their most basic of needs: food.

If you analyse the environment in this way, it (perhaps counter-intuitively) turns out the earlier, marshy environments were a great place for people to live. There were plenty of very varied food resources in these extraordinarily rich environments. Of course, you couldn’t farm much very easily, but you could happily fish, hunt, keep a few animals and move around in this veritable “Eden” and it would have provided for a large population.

But, as the environment changed — as the “stage” evolved — the Nile Delta gradually became much less rich in these wild food resources. Over a few hundred years we can calculate that the delta would have lost some 45 per cent of its primary productivity (food potential). Each succeeding generation would have had a slightly harder job of supporting itself.

The obvious solution was to increase the takeup of farming. Farming is an extraordinarily efficient invention for maximising the amount of food you can get from a given patch of land. Making the shift would have been easy over a few generations — the inhabitants of the delta were in frequent contact with other societies that were farming wheat, barley, pigs and cattle, and they could have simply copied.

This is exactly what we see in the archaeological record. When we analyse what people were eating in this area between 4000-3000 BC it appears that in the swampy landscapes the inhabitants of the delta fished for their food. In the later landscapes they kept pigs and grew more crops. We can even calculate that this shift would have produced a food surplus.

So it does appear that the landscape changes may have facilitated the inhabitants of the delta farming more through the fourth millennium BC.

But what was special about this? Plenty of societies have taken up farming in a big way over the last ten thousand years, yet “civilisations” did not emerge everywhere.

Perhaps the answer has something to do with the vast size of the Nile Delta, coupled with what was happening upstream. The agricultural potential of the delta was at least 40 per cent larger than the whole of the rest of Egypt (which by this time was a collection of rival “proto-kingdoms”). Any of the local upstream leaders who wanted control over their rivals would have realised that the economic key to power lay in controlling the vast output of the newly agricultural, highly fertile delta, just downstream. The delta’s economic surplus ultimately needed to be brought into the network of a new territorial “state” structure.

Once again, this is what we see in the archaeological record. In a short span of time, around 3100 BC, the delta’s surplus was brought under control of the world’s first “nation state” — perhaps even set up in part for that purpose. Early hieroglyphics from this time record transactions into and out of the state treasury, while the “capital” and royal court were set up at the obvious place — near modern-day Cairo — binding the agricultural powerhouse of the delta with the older centres of culture upstream.

So it seems that the natural landscape changes in the Nile Delta may have not only helped stimulate local take up of farming technologies, but might also have played a role in the emergence of the first “nation state”. Broadly similar parallels can be tantalisingly drawn up for Mesopotamia and North China — areas with similar geographies, landscape histories, shifts away from fishing and towards farming and socio-cultural trends.

Whether such trends are evident in these other settings requires more detailed study. But in doing this we must remember not only to focus on the archaeological record of sites and settlements, but also to look at the changing landscapes. History is not complete without geography. There are ultimately no actors without a stage, and when the stage changes, actors may behave differently.