Falling through the cracks: Shining a light on adolescent girls in humanitarian emergencies

With the onset of COVID-19, adolescent girls in conflict zones are 90 per cent more likely to be out of school 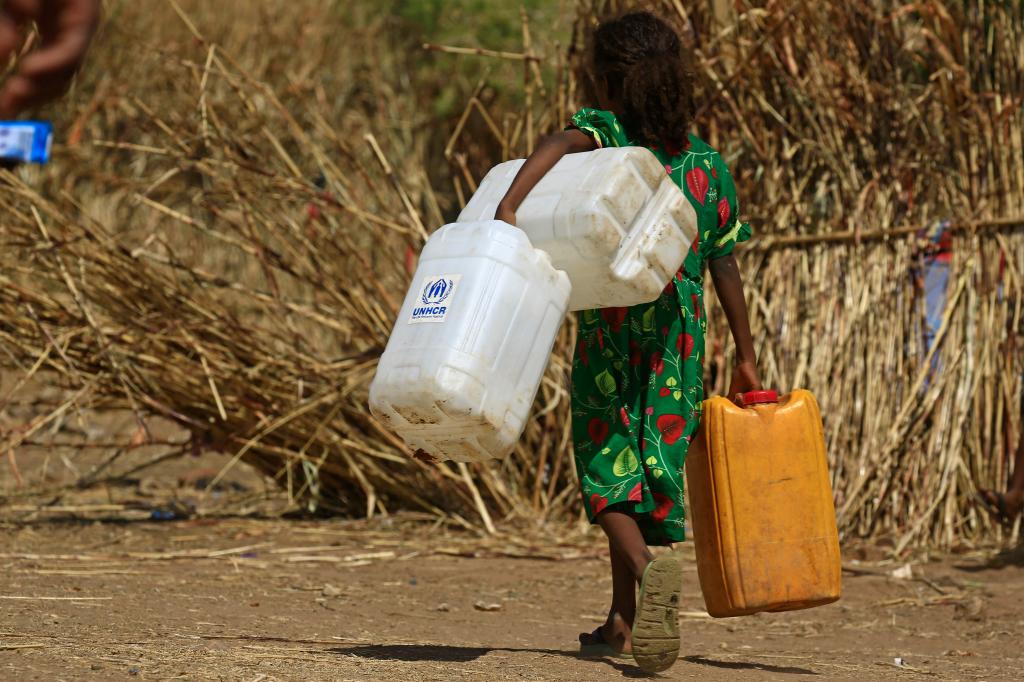 The last decade has seen the highest-ever number of people displaced by conflict and violence globally. There are an estimated 51 million people displaced within their own borders. And the number of refugees has doubled to 20 million since 2011.

Displacement creates vulnerabilities for both adults and young people. But adolescent girls, in particular, are at increased risk due to their age and gender.

With the onset of the novel coronavirus disease (COVID-19) pandemic, adolescent girls in conflict zones are 90 per cent more likely to be out of school. And 70 per cent of females in humanitarian settings are more likely to experience gender-based violence.

Globally, lockdowns and shelter-in-place policies are exacerbating domestic violence, with 15 million new cases estimated for every three months of lockdown.

Yet, these risks for girls are not new. Societies have created systems to protect the vulnerable. However, these systems – imperfect in the best of times – often deteriorate in the face of conflict and crises.

Until recently, the humanitarian sector has not had robust numbers on the scope of the problem. In 2015, in collaboration with the International Rescue Committee, we interviewed nearly 1,300 girls between the ages of 10 and 19.

Our research, conducted across 14 conflict-affected communities in the Democratic Republic of the Congo (DRC) and three refugee camps in Ethiopia, found that more than half the girls interviewed experienced some type of violence in the previous year.

And more than one in four girls reported some type of sexual abuse — significantly higher than the global average of 10 per cent.

Young age, family structure, low educational attainment, living with a romantic partner and having, or having had, a boyfriend, were identified as important predictors of violence in the DRC and Ethiopia.

A large number of girls were married or living with intimate partners (about 40 per cent in the DRC and over 50 per cent in Ethiopia) and younger girls were just as likely as those 18 and older to be partnered.

Additionally, girls held harmful gender attitudes and reported low levels of social support outside the family, as well as low levels of knowledge about where to seek services for gender-based violence. Critically, adolescent girls did not feel positive about their own futures.

In response to these findings, in 2016 the International Rescue Committee implemented the Creating Opportunities through Mentoring, Parental Involvement and Safe Spaces (Compass) programme, which is an adolescent empowerment programme for refugee girls in Ethiopian camps and conflict-affected communities in the DRC.

The programme included weekly life skills sessions in safe spaces for 30 weeks. Each session focused on topics related to key skills such as communication, friendship building, and awareness of gender-based violence and sexual and reproductive health.

Girls’ sessions were delivered over approximately 10 months by trained female mentors who spoke the same languages as participants. Monthly discussion groups were also held with parents. They covered topics such as communication skills, supporting adolescent girls and understanding violence and abuse.

Our evaluation of the programme produced important lessons for the humanitarian sector.

By the time the programme ended, adolescent girls in Ethiopian camps were almost twice as likely to have friends and more than twice as likely to have a trusted female adult they could speak to about problems, compared to girls who did not attend. In the DRC, the number of girls who had four or more friends rose from 54 per cent to 96 per cent from the beginning to the end of the programme.

In the DRC, we primarily looked at the impact of the programme on parents and caregivers.

We found that the programme improved their parenting style. Caregivers in the programme exhibited greater warmth and affection than those in the comparison group.

In addition, girls’ knowledge of and access to services increased considerably. In both countries, adolescent girls who participated in the programme were more likely to know where to seek help if they experienced sexual violence compared with girls who had not taken part.

There was also an increase in the number of adolescent girl survivors who accessed services in programme sites. In the DRC, for example, approximately 118 girls aged 10–19 sought services between January and June 2016, a figure which rose to 216 between July and December.

Despite these important gains, the evaluation did not show a decrease in the girls’ experiences of violence, which was the ultimate goal of the programme. Gender inequitable attitudes also persisted.

At the end of the programme, a majority of girls still maintained that women and girls are responsible for avoiding pregnancy, men should have the final word on decisions in the home, and females should tolerate violence to keep their family together.

The Creating Opportunities through Mentoring, Parental Involvement and Safe Spaces programme offers an important starting point for adolescent girls in refugee camps and conflict-affected communities. But clearly, it is not the end of the story.

In order to maximise the full gains of these programmes, it is vital that wider social safety nets for displaced households are included. Initiatives like the Self-Reliance Initiative, which works to create opportunities for refugees around the world, have been established to identify pathways to resilience and self-sufficiency for refugees and displaced populations. They also advocate for the full enjoyment of refugees’ rights.

Initiatives like these are central to the broader protection, safety and empowerment of refugee girls. Additionally, there is much work to be done to improve gender norms and attitudes at the community level, including among men and boys.

Supporting these multi-layered interventions requires long-term investments and commitments from donors and policy-makers. There is still not enough money being spent to end violence against women and girls in emergency humanitarian settings.

And a recent review of the evidence commissioned by The Lancet Child & Adolescent Health suggests that we still have a long way to go.

Adolescence is a critical phase of development and adolescent girls cannot be ignored. Their experiences have a profound effect on their health and wellbeing that lasts through adulthood. From a human rights perspective, we have a moral obligation to protect girls from violations.

Investing in their protection, education, health and wellbeing contributes to a substantially better future for girls, families, communities and nations.