Famine in Ethiopia: the roots lie in Eritrea’s long-running feud with Tigrayans

Entire region is classified “hard to reach” for aid convoys 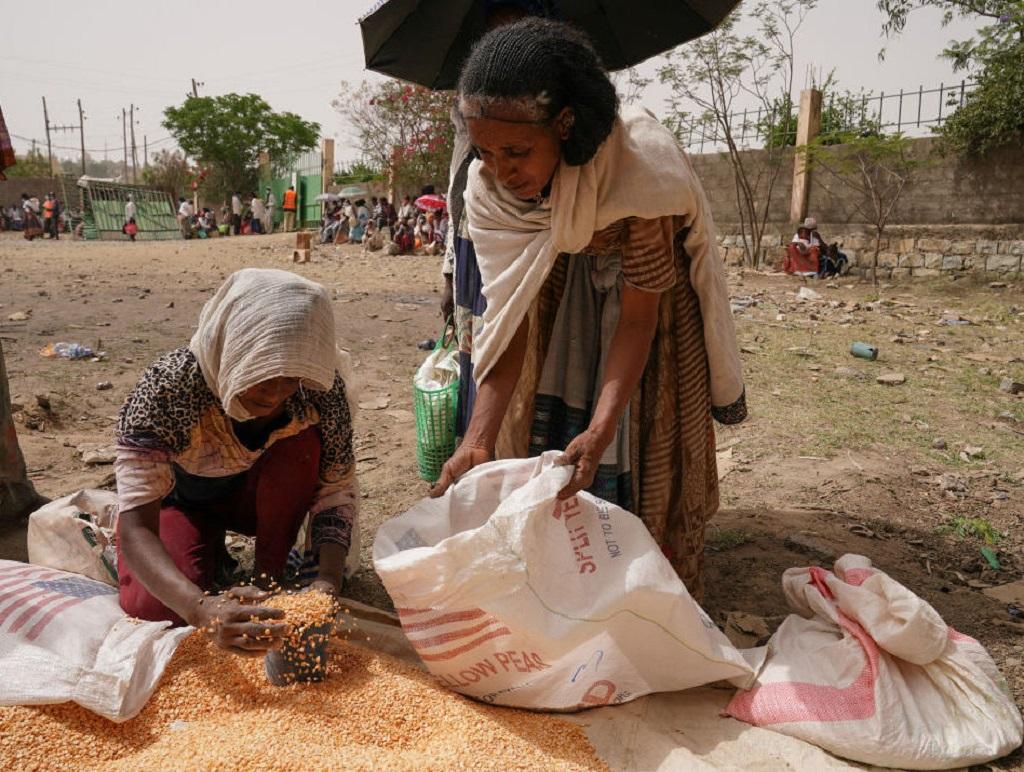 The war in northern Ethiopia that began in November 2020 has left millions in Tigray on the brink of famine.

Reports suggest that nearly 40 per cent of the region’s six million inhabitants face “an extreme lack of food”. Shortages have forced aid workers to deliver medicines and other crucial supplies “sometimes by foot”.

A few convoys have been allowed to enter Tigray, but the United Nations said convoys of at least 115 trucks are required daily, yet the entire region is classified “hard to reach”. This indicates that it is effectively inaccessible.

This is not the result of a natural disaster: It is a famine induced by the closure of the borders of Tigray by Ethiopian, Eritrean and Somali forces, reinforced by militia from Ethiopia’s Amhara and Afar ethnic groups.

Since the Tigrayans’ army retreated into their region in December 2021, they have been surrounded by armies that have blockaded Tigray.

A handful of aid convoys have been allowed through. They have been far fewer than the humanitarian assistance required daily to feed the population.

The blockade and resulting famine are well recognised. What is poorly understood are the origins of this crisis.

They lie in a bitter feud between Eritrea’s President Isaias Afwerki and Tigrayans that dates back to the 1970s, and the president’s determination not to allow them to rebuild their forces by cutting their supply lines to Sudan.

In a paper I wrote last year, I revisited this history, in particular the seminal moment in relations between the Eritrean and Tigrayan liberation movements.

The Ethiopian famine of 1983 to 1985 was the result of a combination of a devastating drought and a ferocious war as Eritreans fought for their independence and Tigrayans for their rights.

Both liberation movements used a lifeline through Sudan to provide aid to millions. They also brought in supplies essential for their war efforts.

It is the memory of the utility of these supply lines that explains why the Eritrean, Ethiopian and Somali alliance fought so hard to sever ties between Tigray and Sudan when the current conflict began in November 2020.

Their aim was clear: to cut possible routes to Sudan, as well as meet the grievances of the Amhara community, who claimed that Western Tigray was part of its ancestral lands.

Human Rights Watch reported that the attack on Humera (at the tri-point of Sudan, Ethiopia and Eritrea) began on 9 November 2020. Within two days, the town was in the hands of the invading forces.

Tigrayan forces were forced northwards and eastwards. Tens of thousands of Tigrayan civilians were forcibly expelled.

Afwerki’s determination to crush the Tigrayans – who are, after all, the government of a region in a neighbouring state – needs unravelling.

A toxic fued between rebel groups

Afwerki’s loathing came about because of deep-seated differences over political strategy, which originated in student politics in Addis Ababa in the 1970s. But — perhaps above all else — there was the question of which liberation movement was the region’s ‘top dog’.

This feud festered over time, but came to the fore at the worst possible moment: the famine that struck Ethiopia and the Horn of Africa in 1983 to 1985. Their quarrel peaked just as huge quantities of aid were being trucked from Sudan into the remote areas of Eritrea and Tigray held by the respective liberation movements.

Both rebel groups had established relief subsidiaries — the Eritrean Relief Association and the Relief Society of Tigray — to work with international humanitarian organisations to provide the resources needed to feed their people. They were remarkably successful.

Some three-quarters of a million tonnes of supplies, worth around $350 million at the time, were transported into rebel-held areas from Sudan before, during and after the famine, from 1981 to 1991.

The relief operation was not immune to divisions between the Eritrean and Tigrayan political organisations that had established them.

In the mid-1980s, these divisions spilled over into an open dispute. There was a complete suspension of communication between the Eritrean and Tigrayan liberation fronts from 1985 to 1988.

Afwerki, determined to show the Tigrayans that the Eritrean movement was the most powerful actor in the region, ordered his forces in 1985 to cut the road through territory they held and on which vital supplies from Sudan got into Tigray.

I do not hesitate to categorise it a ‘savage act’. It must be recorded in history like that!

Tekleweini Assefa, the head of the Relief Society of Tigray, made clear the bitterness he felt about the Eritrean front’s decision.

They closed the road for about two years and we had no access to the Sudan for one month until we built a new road ourselves. And that was at the height of the famine!

The Tigrayan movement was forced to march more than 100,000 Tigrayans across the difficult terrain of western Tigray into Sudan where they could receive international assistance. Many of those who made the journey were old, children, frail or ill. As many as 13,000 people are reported to have died along the way.

Relations were eventually repaired and the two movements went on to coordinate their offensives against the Ethiopian government. This culminated in the capture of their respective capitals in coordinated operations in 1991. The Eritrean liberation front was in power in Eritrea, while the Tigrayan front led a coalition government in Ethiopia.

But the rift never really healed. Rather, the wounds festered, leading to the disastrous Ethiopia-Eritrea border war of 1998 to 2000. It also underlies Afwerki’s unwavering determination to destroy the Tigrayans as a political force.

In 2018, Afwerki welcomed the end of the Tigray-led government and the entry of Prime Minister Abiy Ahmed. Peace between Ethiopia and Eritrea was sealed in Saudi Arabia on 16 September 2018.

However, Afwerki continued to plot against the Tigrayans. In his 2018 speech to the Eritrean nation, he declared that their loss of power had critical implications for the region and that the “TPLF’s toxic and malignant legacy” needed to be removed. It was an attitude that contributed to the November 2020 war.

But Afwerki knew from experience that winning that war required cutting the links between Tigray and Sudan.

Western Tigray, linking the region and Sudan, remains the most deeply contested question and will be extraordinarily difficult to resolve. It is claimed by both the Tigrayan and Amhara people.

Whoever holds Western Tigray holds the future of Tigray. This is the key lesson from the famine of 1983-85 and one reason it is such a complex question. As the Crisis Group put it:

The future of Amhara-occupied Western Tigray is the thorniest issue to resolve.