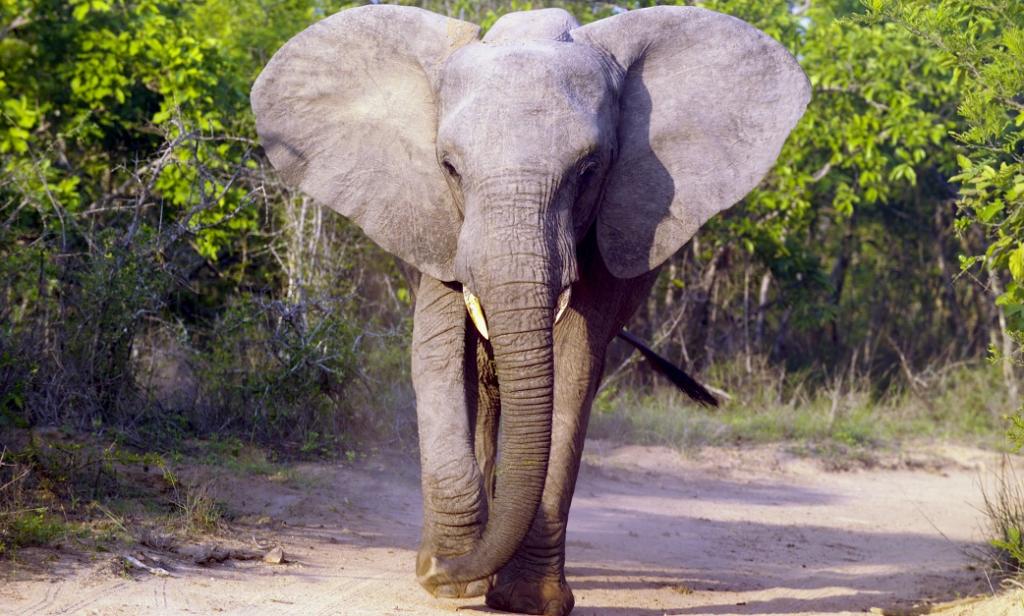 Hundreds of thousands of years ago, South Africa’s Cape south coast looked very different. Some of the species that roamed this area are now extinct; others evolved over the millennia and their modern descendants inhabit different areas — some far away, others nearby.

For instance, in the 19th century, a population that came to be known as the “Knysna elephants” (a reference to the nearest big town) were the most southerly group of elephants in Africa. Over time they became the only free-ranging elephants in South Africa. Their numbers were decimated by the ivory market and habitat transformation. Evidence indicates that only one elephant, an adult female in her forties, remains.

Now, about 18 km from the area that lone elephant occupies, we have found new evidence of her ancient ancestors in the form of fossil tracksites from the Pleistocene Epoch. These sites vary in age from 400,000 to 35,000 years. The tracks, preserved in aeolianites (the cemented remains of dune surfaces) and cemented beach deposits, dovetail with more recent evidence that elephants historically made widespread use of open areas in the region.

Along with elephant tracks from sites on the Cape south coast, we identified what appears to be the first example in the global trace fossil record of elephant trunk-drag impressions. We interpret the impressions in question as having been made by an elephant either dragging its trunk or dragging something it was gripping in its trunk. These marks are consistent with the sort of trunk-drag traces described in tracking manuals and on various websites.

The extant African bush elephant (Loxodonta africana) — the Knysna elephant belongs to this species — is known to show trunk-dragging behaviour under a variety of circumstances, including musth, sporadic periods during which bull elephants are particularly aggressive.

Our recent article focused on the 35 elephant tracksites, which are among the more than 300 vertebrate Pleistocene tracksites that we have identified along a 350km stretch of the coastline since 2008. Such fossil tracksites can tell us many things about what happened on those ancient dunes and beaches, and the ancient environment that the elephants roamed.

For one, they offer insights into the probable history of the Knysna elephants, suggesting that the remaining elephants retreated into dense afrotemperate forest for protection in recent centuries, where hunters had difficulty finding them.

The tracksites are also important because elephants are ecosystem engineers. Their presence may have large-scale effects on the landscape: for example, they can transform woody habitats to more open habitats. They may well have facilitated the development and maintenance of the mosaic of woodland and grassland habitats that characterised the huge, now-submerged Palaeo-Agulhas Plain during the Pleistocene.

Fossil elephant tracks can take a number of forms. Sometimes they are familiar depressions; sometimes they appear as natural casts, representing the layer that filled in the tracks and, so, protruding down from the ceilings of overhangs. They can also be seen in profile in cliff outcrops.

Elephant tracks, predictably given the animals’ size, often deform underlying layers. Sometimes, when these tracks can be discerned in profile in multiple successive layers, conclusions can be drawn about repeated use of an area over time. In some cases, elephant tracks on beaches were precursors for the formation of potholes. In places they have been eroded into bizarre shapes, which beach hikers admire and pass by without knowing their intriguing origins.

The elephant trunk-drag site was identified on an aeolianite surface in the Goukamma Nature Reserve, around 500km east of Cape Town. There were also tracks of the extinct long-horned buffalo and of smaller buck species, two coprolite sites – that is, fossilised dung – and small carnivore tracks, alongside numerous examples of elephant tracks.

The site is only exposed at low tide, being subject to intense wave action during high tides and storm surges. It is also usually covered by metres-thick layers of beach sand, so we were fortunate to find it during a rare occasion in which it was exposed.

Here, beside an elephant trackway comprising 13 tracks which traversed a cemented dune slope, we encountered a “serpentine” sequence of two long, slightly curved groove features with an outward convexity, one on each side of the trackway. Displacement rims were present; these indicate that a compressive force had caused the grooves. In one spot we could tell that the grooves were registered first, and then the tracks, consistent with how elephant footprints often are superimposed on parts of trunk-drag impressions.

We considered interpretations other than trunk-drag impressions, but any alternative possibilities appeared to be truly remote.

There are no body fossils of elephants from this time period, so the available information about how these gigantic animals moved through the ancient landscapes currently depends entirely on the track record.

Each elephant tracksite we identify evokes a sense of wonder at how the tracks — and in this case, the trunk-drag impression — survived, against the odds and are now amenable to our interpretation, as we try to read the story the rocks tell us.