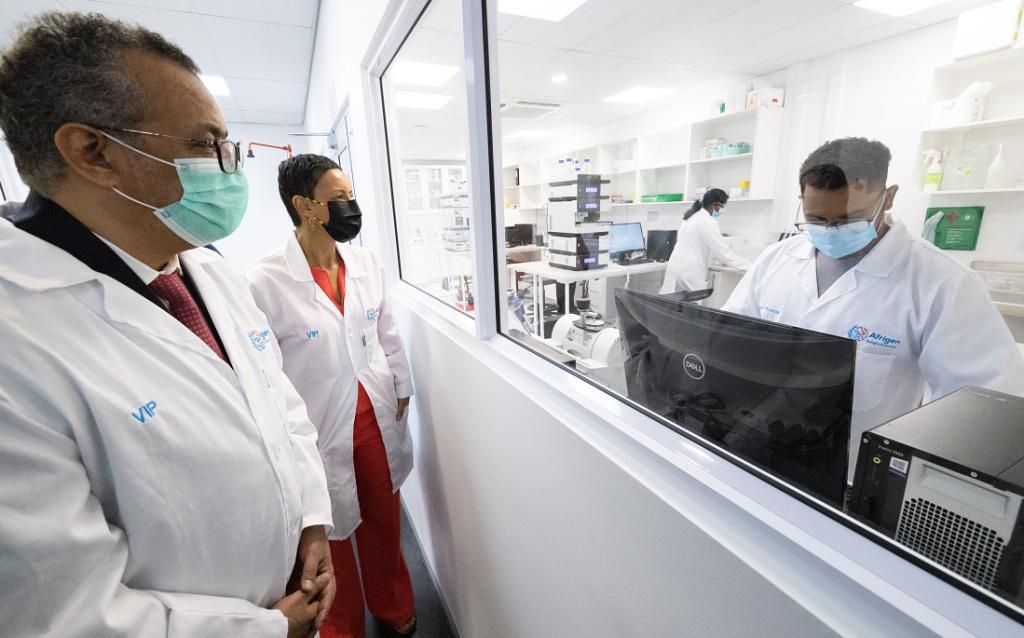 Pharmaceutical company Moderna announced on 7 March 2022 that it would develop a site in Kenya to manufacture COVID-19 vaccines. The company holds much of the key intellectual property relating to the messenger RNA (mRNA) vaccines.

Due to their higher efficacy, mRNA vaccines are the preferred option in developed countries. They account for 92% of all vaccinations to date in the US and European Union.

Moderna’s decision to continue making the vaccine itself, though on the Kenyan site, is a signal that the company (at least for the moment) is not considering licensing its technology to a third party for local manufacture.

In this way, the company keeps closer control over who has full knowledge of, and is able to use productively, its technology. Licensing is an arrangement which has lower cost but greater vulnerabilities for licensors.

The decision is significant for the mRNA Technology Transfer Hub in Cape Town, South Africa. The hub was established in June 2021 by the World Health Organization (WHO) and other parties.

The idea was to develop a mRNA vaccine manufacturing technology platform. This would initially be for COVID-19, but eventually for a range of infectious diseases including TB and HIV.

Once the platform has been fully developed and tested in Cape Town, it will facilitate technology transfer to at least 12 low- and middle-income countries. This will considerably expand global mRNA manufacturing capacity.

The hub has already made significant progress towards producing a vaccine candidate based on the research published by Stanford University, which forms the backbone for the Moderna COVID-19 mRNA vaccine.

Much of the development work is happening in the South African company Afrigen Biologics and at the University of the Witwatersrand in Johannesburg. The achievement has been reached through innovation using the team’s own knowledge and competence, combined with knowledge that’s in the public domain.

Afrigen’s managing director, Professor Petro Terblanche, recently outlined the status of the work on the Afrigen mRNA Hub Vaccine. The company has developed a lab-scale batch of the vaccine and expects to complete initial manufacture of large-scale trial batches, to be tested in clinical trials, by November 2022.

There are still many hurdles to cross before its work will be complete. The direct participation of either of the pharmaceutical giants Moderna or BioNTech in the initiative would have been beneficial to its programmes, particularly to guide the hub in the technical details of formulation and process conditions.

BioNTech, which has even been accused of undermining the activities of the hub, announced earlier in 2022 plans to build vaccine manufacturing sites in Rwanda and Senegal. Then Moderna stated its intention to invest in Kenya, noting that the investment will “fill the gap” in terms of manufacturing capacity.

The Cape Town hub is supported by a range of partners who bring expertise, experience and resources, all of which are essential for a successful technology transfer. The idea of reproducing these key inputs at other sites seems counter-intuitive.

Patents and profits in pharmaceuticals

The decisions of the drug manufacturers are reminiscent of the struggle over patents for HIV drugs which took place in South Africa during the early 2000s. At the time, HIV drugs were unaffordable in the country, priced at $10,000 per person per year for an effective treatment.

Pharmaceutical companies pursued an aggressive strategy to protect their intellectual property and their prices, even at the cost of many thousands of lives in developing countries, including South Africa. Compelled by a court case, the companies eventually backed down and licensed generic companies to make and market their antiretroviral products at a fraction of the cost.

Moderna holds a patent in South Africa which may be troublesome for the hub in the medium term. The patent includes a claim covering the local manufacture of any vaccine which contains mRNA.

This claim could be used to prevent any scale-up of the platform technology being developed by Afrigen. Already a number of public-interest organisations are calling for Moderna to abandon its patent claims or grant a royalty-free licence to Afrigen.

The actions of the patent holders can be understood on the basis that they wish, at all costs, to avoid the prospect of compulsory licensing.

Compulsory licensing is permitted under the international agreements on trade and intellectual property when countries consider it necessary to access patented drugs for a public health emergency such as a pandemic. Now that the hub has demonstrated it can reproduce the technology, it’s likely that a compulsory licence would be granted, should an application to the World Trade Organization be made.

The companies also appear to be eroding the business case for the hub by establishing competing facilities. Biovac and Afrigen, key partners in the hub’s plans, may struggle to raise finance or sell product into those markets where Moderna and BioNTech are now establishing a presence.

Market volumes are essential for the viability of vaccine manufacture, and every new site diminishes the prospects for a competitor to build its own business.

Vaccines are mostly public health products. They protect whole populations with minimum expenditure. It is acceptable that companies which develop and make these products should do so at reasonable margin. This is typically in the region of 14% net earnings as a percentage of revenues.

Public health should not be held ransom by private gain, nor should it be bankrupted by necessary life-saving interventions. The actions of BioNTech and Moderna will prolong the social and economic costs of the pandemic.