How forest elephants move depends on water, humans and also their personality 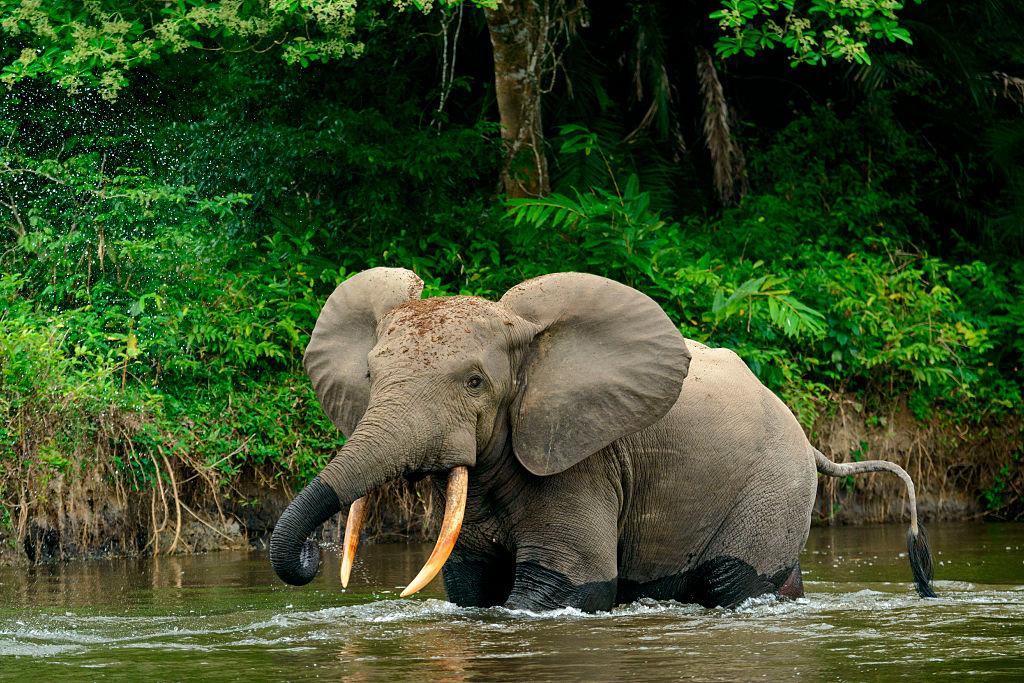 African forest elephants roam the dense rainforests of West and Central Africa where they subsist largely on a diet of fruit. They shape forests by dispersing fruit and seeds, browsing and creating an extensive trail network.

But because it’s difficult to track animals in thick forest, little is known about the movements of the African forest elephant. This is troubling as poaching of forest elephants for their ivory as well as habitat fragmentation have decimated their populations over the past two decades. Their numbers have reduced from 700,000 to fewer than 150,000.

On top of this, climate change might be reducing the availability of fruit in the forest, potentially leading to elephant famine.

Knowing how they move can help us to better protect them.

Gabon, holds 50 per cent of Africa’s remaining forest elephants. In 2017, the Gabon Parks Agency initiated an elephant GPS collaring programme to improve the understanding of forest elephant movements and guide their management.

Over six missions in four years, Pete Morkel and his field team from the Gabon Parks Agency darted and affixed satellite collars on over 96 forest elephants. This happened in and around seven national parks.

Specifically, we asked the questions: to what extent do characteristics — like sex, habitat quality and human activity — determine the distance they move, their home range size, their exploratory behaviour and their daily activity.

We found that all of these characteristics affected elephant behaviour. We also found that individual elephants consistently moved in different ways from each other. This told us that they have personalities.

These insights can provide clues into how elephants can be better managed to conserve their populations and to reduce conflict with humans, particularly crop raiding by elephants.

We found that, on average, elephants moved nearly 2,500 km a year.

In terms of intrinsic characteristics, sex was a key driver of elephant movement behaviour.

Males generally had larger home ranges and were slightly more active at night than females. They also spent less time in exploratory movements, these are long, persistent movements to new locations.

Food availability didn’t seem to affect movement behaviour. It might be that the rainforest habitat provided ample forage for elephants. However, we suspected that our measure of vegetation density was too coarse and didn’t capture availability of important diet items, like fruit and bark.

Water was key to elephant movements. Forest elephants, like savanna elephants, can lose up to 10 per cent of the water in their bodies in a single hot day. We saw that forest elephants didn’t stray too far from water sources, such as rivers. During high rainfall, elephants moved longer distances and made more directed, exploratory movements.

Exploring further, we found elephant personalities to vary between “idlers” to “explorers”. We identified individual differences in the relationships between movement behaviours, consistent with the concept of “behavioural syndromes”. In other words, an elephant that moved farther in a month also tended to have a larger home range and exhibited more exploratory behaviour.

Some forest elephants liked to explore and others liked to stay put a bit more. And within these, there was enormous individual variation.

Our study offers some answers for elephant management, but also highlights complicating challenges.

For instance, the design of protected areas and habitat corridors must recognise that elephants may be reluctant to use habitat too far from perennial water sources or do so only in the wet season.

Unsurprisingly, elephant habitat should be protected from human disturbance, although further investigation into the types of human activities that most affect elephants is still necessary.

Variation in individual elephant behaviour — their personality — might complicate the development of general strategies for conservation if elephants respond in different ways to management.

Then again, it also accentuates the importance of conserving such a wide-ranging, intelligent and socially-complex species.