How insecurity affects the lives of everyone in the Niger Delta

Insecurity has claimed lives and affected investments in the Niger Delta 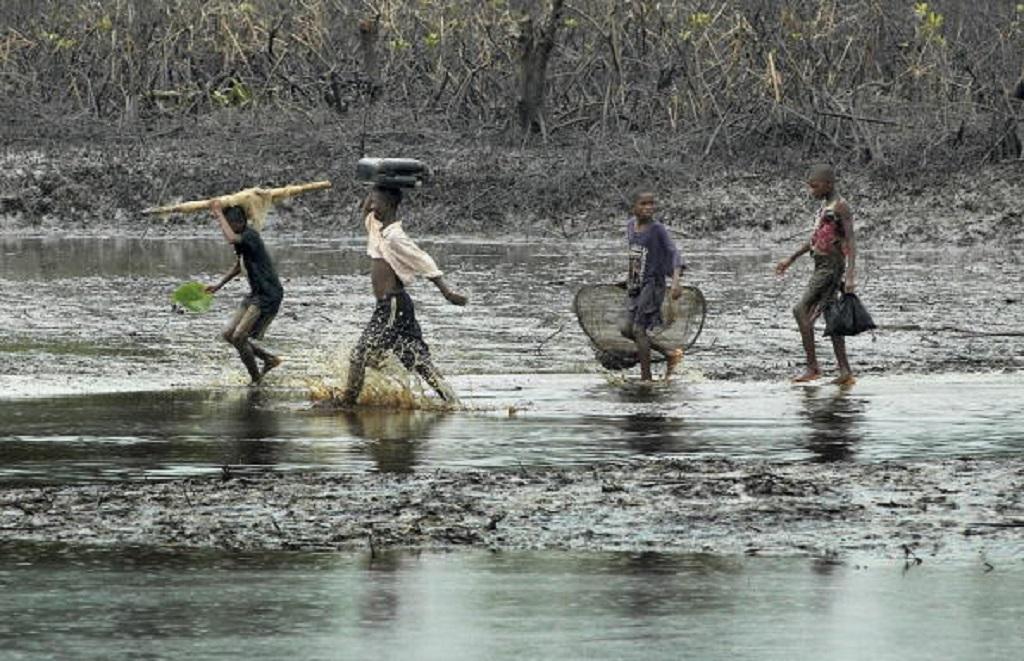 Insecurity has long been a problem in the country’s oil rich Niger Delta region too. From the early 2000s, armed militants targeted oil industry infrastructure and kidnapped expatriates. This continued until the late President Umaru Musa Yar’Adua introduced an amnesty programme for militants in 2009. Hostilities decreased but the programme focused mainly on securing the oil industry. It did not address the overarching insecurity affecting ordinary people.

Thirty-one million Nigerians live in the Niger Delta area. Most have their roots in local ethnic communities. People in the region are engaged in both formal and informal employment. For many years their lives have been shaped by the political economy of the oil industry. And recurring oil spills have resulted in devastating environmental pollution that has had a brutal effect on their lives and livelihoods.

In our recent book Insecurity in the Niger Delta we identified emerging threats of insecurity, what’s driving it and how it affects the lives of everyone in the region. A major finding is that the Nigerian government has no coherent strategy to address the complex, multidimensional insecurity that has permeated the Niger Delta. To address this, we recommend that the Nigerian government decentralises its security structures and addresses the region’s development concerns.

Our research was conducted in six states of the Niger Delta region: Akwa Ibom, Bayelsa, Cross River, Delta, Edo and Rivers State. It showed that each state had unique and crosscutting forms of insecurity. These include cultism, piracy, land struggles, election violence and gangs. They are driven by issues like drug abuse, poverty, unemployment and environmental pollution.

We found that cultism involving young people was a common trend across all the states. Cult groups function as fraternities that engage in public violence. In the past, cultism tended to be restricted to cities and major towns, but now it’s seen in villages in areas such as Bayelsa State. Despite this, it is popularly held that cultists receive support from the political class, especially politicians who use these gangs to carry out acts of violence during elections.

Our study also revealed that internet fraud syndicates contribute to violence, which fuels insecurity in both Edo and Delta states. We found that these syndicates fund armed cult gangs. They also engage in ritual killings. They believe that these rituals can influence their victims to do their bidding.

In Bayelsa and Rivers states, piracy and sea robbery are significant problems. Poor governance, poverty and high youth unemployment are key drivers of piracy that originates from the Niger Delta. While piracy occurs mainly on the Atlantic coast in the Gulf of Guinea, sea robbery along the coast or the inland waterways of Bayelsa and Rivers states contributes to insecurity. One respondent, who is linked to sea pirates, described it like this:

When we were cooking crude oil (artisanal refining of oil), we were enjoying, we were making our money, and we were peaceful. Since the Joint Task Force (joint military force) said we should not do that job, they have burnt all our things so we don’t have any choice, which is why we came back to the river.

In all states across the Niger Delta, there are conflicts within and between communities. These conflicts are mainly driven by contentions over land and struggles over leadership. Local power struggles have been responsible for loss of lives and property in rural communities.

Periodically, elections also contribute to insecurity in the region. During elections, armed young people engage in violence. At least seven people died in one town alone during the 2019 elections in Rivers State.

Our study found a link between street children and insecurity in Calabar, Cross River State. Here, street children have formed groups known as Skolombo and Lacasera. Their presence in the streets makes them susceptible to sexual abuse and recruitment into violence by criminal gangs.

In Nigeria, political elites are often officially or unofficially protected by state security agents. Those who suffer the consequences of insecurity are ordinary people who don’t have protection.

First, insecurity in the Niger Delta has led to the loss of lives. Young people involved in cult groups or violent criminal activities have been killed either by Nigerian police or local mobs. People who are not involved in cult or criminal activities have also been caught in the crossfire during gang wars or targeted by criminal groups in cases of robbery.

The spread of cult and criminal groups into rural communities, where state security is scarce, leaves villagers at the mercy of gangs. One respondent in Bayelsa noted:

Our lives are not safe along this our Ekeremor waterways, we are living in hell in the hands of our own brothers and sons.

In Rivers State, armed gangs involved in control of public spaces, such as markets and vehicle loading points, make local people pay to use these spaces. Users who fail to pay are excluded or violently attacked.

The Nigerian federal and state governments should build a comprehensive framework to address the problem. This framework should address the underlying drivers of insecurity, such as lack of economic opportunities for young people, drug abuse and the absence of the rule of law. It must also address corruption in public office, unfair electoral processes and environmental pollution. The governments should also address weak institutions and poor security governance. State governments must stop giving political rewards to people involved in cult groups.

Finally, actions taken to address insecurity should involve local stakeholders in communities, such as traditional rulers, women and youth leaders.