Kenya takes over the presidency of the UN Security Council, but must work hard to influence the agenda

The presidency of the Council affords Kenya some, albeit limited, scope to shape the Council’s agenda 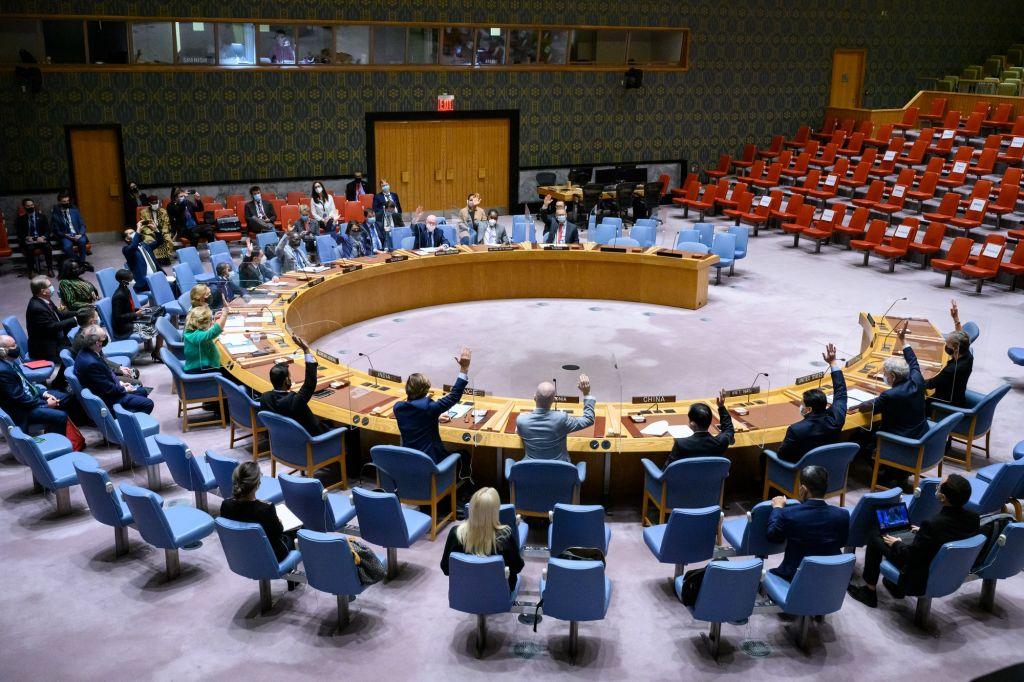 The UN Security Council is charged with the primary responsibility for the maintenance of international peace and security. It is endowed with a series of robust binding powers to further this purpose.

These include the imposition of sanctions and the authorisation of military deployments in response to situations which it determines to be a threat to international peace and security. Because of this, membership of the Security Council is much sought after.

Kenya will want to use the presidency to more generally steer debate on some of the most critical issues facing Africa. It assumes this role amid a number of global challenges.

These include growing demands for the expansion of COVID-19 vaccination programmes. Because African countries have some of the world’s lowest levels of vaccination, Kenya is likely to want to exert moral pressure on leading powers to bolster efforts to increase local inoculation rates.

Another challenge is climate change. Sub-Saharan Africa is one of the regions most obviously beset by its effects. There is broad consensus on the challenges climate change raises, which may make it possible for Kenya to enhance awareness of the specific effects African states face.

In addition, greater attention is being paid again to Islamist terrorism following the ascent to power again of the Taliban in Afghanistan. As a victim of Al-Shabaab attacks itself, Kenya understands the nature of this threat.

It has been a key player in the peacekeeping mission in Somalia which has had to contend with the threat posed by Al-Shabaab. Kenya is likely to want to push for more international support in stabilising the region and weakening the influence of terrorist actors.

The question is, however, how much of a role can Kenya actually play in influencing the international peace and security agenda?

The answer is, not much. The ability of non-permanent members to influence the Security Council’s agenda is limited because the support, or at least non-opposition, of the five permanent members is essential to the passage of any resolution. This is because each permanent member can unilaterally veto it.

Non-permanent members therefore can’t advance any course of action to which at least one of the permanent five is vehemently opposed.

On a positive note, however, Kenya’s key priorities are matters on which there is much consensus. This means that it may enjoy some scope to shape the course of progress on addressing these at the UN level.

The most notable limitation — and a major source of criticism — is that the Council is insufficiently representative and democratic. This is because it is dominated by the veto-wielding permanent five members.

Attempts at reforming the Council’s composition, to broaden its geographical diversity, continue to be plagued by obstacles. Most notably, the lack of any consensus on the shape that reform should take.

The permanent five owe their status to historical circumstances. The US, Russia (at the time, the USSR) and UK were victorious allied powers who were the UN’s principal founders at the end of the Second World War.

France and China served as regional counterweights to a potentially resurgent Germany or Japan. The current status of at least some of these is increasingly questioned as their global influence wanes while new powers have emerged in underrepresented regions of the world.

The election to a two-year, non-renewable term as a non-permanent member is the best that other countries can aspire to as a route towards exercising some influence and demonstrating leadership in respect of the international peace and security agenda.

Under a formula employed by the UN’s General Assembly when allocating non-permanent seats on the Council, three seats are reserved for African states. In its most recent election to the Council, held during 2020, Kenya overwhelmingly defeated Djibouti to replace the outgoing South Africa.

Kenya’s success arguably stemmed from a widely shared perception of its stature as a stable role model on the continent, particularly in East Africa, within which it stood tall as the area’s most developed and influential power.

On taking up its seat, President Kenyatta outlined a four point agenda to guide Kenya’s term on the Council. This consisted of:

The presidency of the Council affords Kenya some, albeit limited, scope to shape the Council’s agenda. The president is responsible for routine administrative functions — such as calling meetings, approving the agenda, presiding over meetings and presenting statements from the Council.

Although these allow minimal capacity to shape the Council’s business, the president also represents the Council in interactions with other UN bodies. Since the millennium it has become common for it to prepare background papers on issues under discussion.

These latter roles provide some opportunities to bring its perspectives to bear on the UN’s broad agenda.

There are tactics that non-permanent members, such as Kenya, can use to influence the agenda. Its predecessor, South Africa, built unified positions among the Council’s three African members to raise the visibility and influence of issues important to the continent.

South Africa also employed a proactive approach to public diplomacy. It spearheaded the negotiation of a key Council resolution pertaining to the role of women in the global peace and security agenda.

Forming alliances is critical to promote any interests and together states are able to reach out to more potential sources of support. Kenya forms a good regional partnership with Niger and Tunisia on the Council.

Non-permanent members will also be more successful in garnering wider support for their agendas if they focus their priorities on issues where much consensus already exists, as opposed to those which sit at odds with the policy stances of other members.

The Council has been relatively united on most resolutions adopted during 2021. The main source of dissent came in the form of a small number of Russian or Chinese abstentions on resolutions pertaining to Afghanistan, South Sudan and the Central African Republic due to some modest disagreements over their scope.

Nonetheless, Kenya has demonstrated the capacity for an independent approach when it was one of just two states to decline to support the extension of sanctions against South Sudan, using its status as a regional neighbour to argue these were ineffective and counterproductive. Given the unity of the permanent five, however, Kenya’s stance was fruitless.