Moving African rhinos: What it takes to translocate an endangered species 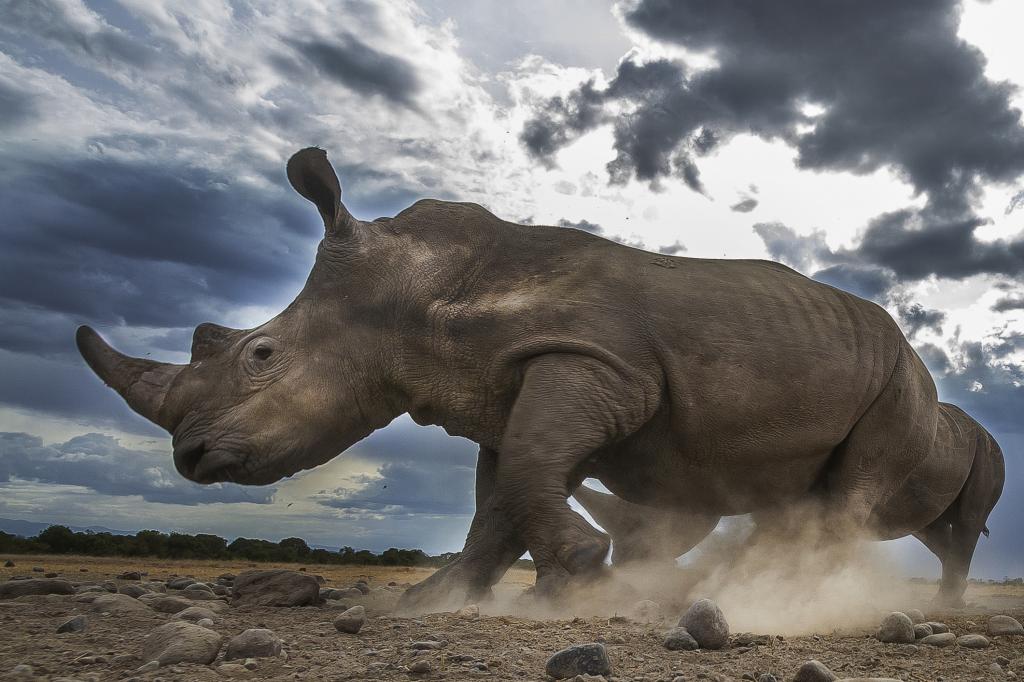 Rhino translocations have become a critical tool in the arsenal for the protection of these endangered animals. Recently, 30 white rhinos were flown into Rwanda from South Africa and introduced into the Akagera National Park, in what was the single largest rhino translocation. It was carried out through a collaboration between the Rwanda Development Board, African Parks and tourism agency, andBeyond, and the South African private reserve, with funding provided by the Howard G. Buffett Foundation.

But moving rhinos to new landscapes and countries is complicated and expensive. Mike Knight, Chair of the African Rhino Specialist Group at the International Union for Conservation of Nature (IUCN), has been involved in many translocations over 20 years. He spoke to Moina Spooner, from The Conversation Africa, about what it takes.

How many white rhinos are there in Africa? And why are they so special?

Well, let’s start off with why rhinos are so special.

Rhinos play a fundamental role in transforming the natural environment. If you take white rhinos out of the system, it changes.

When you compare white and black rhinos, they’re very different. At 1,500kg, white rhinos are a much larger species. They move in small groups and are grazers. They are considered ecological engineers, altering the habitat by creating grazing lawns, pushing back bush encroachment. By contrast, the smaller bodied (800-1200kg) black rhinos are browsers. They operate more often on their own, are far more picky in what they eat, altering the environment in different ways.

In the late 19th century, southern white rhinos were almost on the brink of extinction. This was due to poaching and hunting. But in 1895 a small population of fewer than 100 individuals was discovered in KwaZulu-Natal, South Africa. After more than a century of protection and good management, there are now around 17,600 white rhinos (as of 2018) living in protected areas and private game reserves. This figure is based upon continental estimates that we, as the IUCN’s rhino specialist group, pull together every two to three years.

However, this success story is being threatened by the illegal trade in horn. Between 2006 and 2020, 10,600 rhinos across the continent have been lost. With the exception of a few areas, rhinos are surviving in well protected, smaller national parks and reserves.

Why were these rhinos translocated to Rwanda?

The recovery of the white rhino is a fantastic conservation success. This is where the recent introduction of white rhinos to Rwanda fits in. Having a population in a Rwanda could create a secure new breeding stronghold in East Africa and help ensure the long-term survival of the species in the wild.

For Rwanda and Rwandans, the translocation will enhance Akagera’s appeal, contributing to Rwanda’s wildlife economy.

What factors have to be taken into account when moving rhinos to a different country?

Before introducing a species you need to run through a hierarchical checklist of issues from historical distribution, habitat suitability, disease, law enforcement, sustainability, threats and political support, to name a number.

Understanding the habitat that the animals are going into and whether it suits them is critical. There’s no recent recorded history record of white rhinos in Rwanda. However, southern white rhinos were recorded south of the Zambezi River and Northern Whites in Uganda, South Sudan and the Democratic Republic of Congo. So it’s essentially like a novel species being introduced into very good habitat.

Akagera national park has been assessed to be able to support of sizeable population of about 120 white rhinos and could play an important role in conserving the species, especially in East Africa.

Given the threats from poaching, addressing security issues remains paramount as it can undermine all the best introductions. African Parks — a non-profit conservation organisation that managed protected areas, including Akagera — haven’t lost an animal to poaching over the last decade. The introduction of black rhinos to the park in 2017 has given the park authorities time to prove they are well equipped to secure white rhinos too.

Then we need a suitable number. It’s not Noah’s Ark, you need more than two — we ideally recommend at least 25 unrelated animals to get a population going. This reduces potential social problems and also provides the budding population with greater genetic diversity to adapt to the new conditions.

On the disease front there were a number of concerns especially from trypanosomiasis, or tryps, as we call it. We know from some past failed introductions, that tryps can have disastrous consequences to white rhinos that remain naive to tryps. In the case of this introduction, the parks officials under expert veterinary advice have been reducing the challenge posed by tryps through the erection of more than 800 tsetse fly traps and dosing the rhinos with a prophylaxis. The intention is not to eradicate tryps but rather for the rhinos to slowly grow their immunity to the disease.

Any international translocation requires political support from national governments and conservation authorities and should be in full compliance with international agreements, such as CITES. Both the South African and Rwandan governments are in full support of this translocation as its covered by the general MOU between the two countries that covers all matters associated with biodiversity conservation. Because the white rhino is an IUCN regulated species, this introduction had all the required export and import permits from CITES.

Sourcing the animals is also an important aspect. Who’s going to make those animals available? Are they being acquired, or have they to be donated? South Africa has a vibrant wildlife industry based upon the buying and selling of wildlife. Souring from one site (as in this case) was ideal from a logistical and animal management perspective.

Then you have to catch them and translocate them. A lot of time is spent on planning for this and ensuring the animals are treated as well as possible. Moving animals over thousands of kilometers is a serious endeavour. With 30 animals, chartered jumbo jets are the best way. This requires considerable veterinary and logistical coordination to capture the animals, load into crates, transport to the aircraft, load as quickly as possible, unload similarly, transport to the site and release into well-sited and secure bomas. Documentation needs to be in order with customs and immigration officials on both ends to make it as smooth as possible.

Upon arrival, animals are put into holding bomas to get them adjusted to the local different foods that they’ll encounter. What often happens at this stage, because the rhinos aren’t familiar with the surroundings or new diet, is that the animals can lose condition. The boma programme could take up to seven weeks.

Once they’re in the new habitat, the next concern is security and making sure people can take care of them and monitor them.

Should rhino translocations to other countries in Africa be encouraged?