Nigeria at 61: A giant with challenging crises amid opportunities

Nigeria’s economy has grown more than seven-fold since 1999; it has, however, been growing at less than 1% cumulatively during the past 6 years 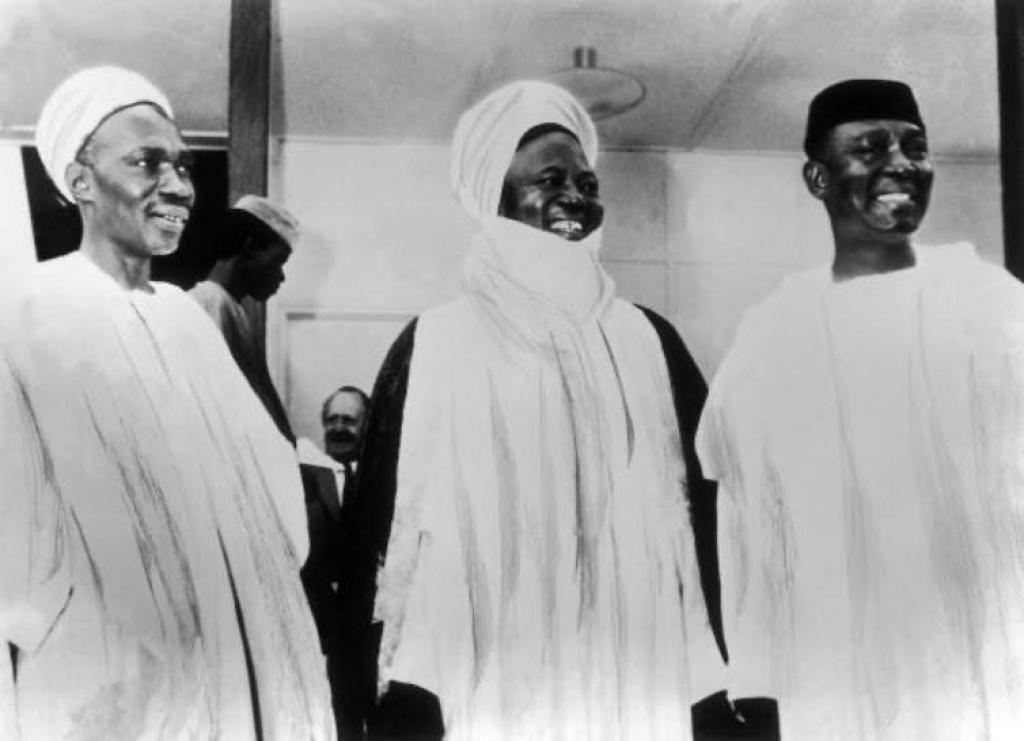 As Nigeria marks its 61st anniversary of independence, its citizens are stuck in a general anomie of despondency. This is as a result of general insecurity in the country, rising unemployment and high cost of living.

It is also an age of anxiety, with many measures of Nigeria’s socio-economic progress painting a picture of a nation in great distress. Nigeria’s economy has been stagnant, growing at less than 1% cumulatively during the past six years, far below population growth of 2.6%. It also has about 40% of the population of about 200 million living below the poverty line.

The country is equally beset by security and political challenges. Boko Haram insurgents still operate in the North-East. In the North-West, bandits are overwhelming the security forces. In North-Central Nigeria, deadly clashes between farmers and herders continue. And separatist and irredentist agitations resonate in the South-East and the South-West of the country.

Despite these problems, Nigeria has made substantial socio-economic progress, at least since 1999 when it returned to democracy after decades of military rule. It is also a country with huge resources that have yet to be fully tapped.

The biggest of these is Nigeria’s educated citizens. The country had a literate population of less than 5% at independence. Now, more than 60% of the population is literate. Also, enrolment into tertiary education keeps increasing.

A review of the past six decades shows that the Fourth Republic, which took off in 1999, has been Nigeria’s golden era in terms of economic and social indicators. This reality is, however, a difficult one to present to the millions of unemployed who are out of work and struggling to cope with inflationary pressures on food and other basic livelihood requirements.

Since 1999, Nigeria’s economy has grown more than sevenfold. A big chunk of this is explained by the rebasing of the economy in 2014. It was found that the economy was 60% bigger than previous estimates.

Before 2014, Nigeria had been using the 1990 prices and the composition of economy to determine its size. Yet, a lot had changed since then. For example, telecommunications had grown substantially with the introduction of mobile telephony. Nollywood, Nigeria’s movie industry, has also expanded and morphed into a more professionally organised and run sector.

Nigeria moved from lower income to lower-middle-income status, based on national income per head of population, during the Fourth Republic. That’s based on World Bank rankings. Other countries in this category include Algeria, Egypt, Kenya, Tunisia, India, Iran and Ukraine.

The World Bank has described the 70% drop during that period as one of the three biggest declines since World War II, and the longest lasting since the supply-driven collapse of 1986.

In response, Nigeria’s economy, which had recorded an average growth rate of 6.68% between 1999 and 2015, has plunged in and out of negative figures since 2016. Within this period, it entered recession twice.. Cumulative growth since 2016 has averaged below 1%.

Nigeria has taken steps to reduce its reliance on oil. These measures include revival of the agricultural sector as well as reducing government reliance on oil revenues by tax revenue from other sources. These have yet to pay off. And the COVID-19 pandemic has aggravated the economic downturn, plunging more into unemployment and poverty.

Nigeria’s government has invested in agriculture and has articulated economic programmes for other sectors, progress has been hampered by inflationary pressures, low oil prices and a weak currency. Government’s inability to arrest the security crises in several states has also affected agricultural productivity. Other factors include government’s inability to articulate a clear economic agenda for the country. In addition,its monetary and fiscal policies favouring dual exchange rates, and restrictions on foreign trade through border closures have limited recovery and growth.

A national call to action

Nigeria requires a national leadership with the understanding and capability to set the tone and direction for national growth and development. This must incorporate all citizens, irrespective of ethnic or geopolitical affiliation in a grand vision of collective dynamic growth.

A lack of such political leadership denies the country of the possibility of meaningful growth and critical citizenry.

Nigeria remains a country of great potential. Her fountain of possibilities can be found in its growing population of educated citizens. The population of the educated at this very moment in the country’s history is at the threshold or point of national acceleration. An example is the country’s burgeoning tech ecosystem largely driven by young people. It is at a point conterminous with those of the Asian Tigers before their rapid transformation to developed world and high income status.

All the fundamentals are indicative of a country at the point of a great leap forward, the role of an enlightened and well-educated population is crucial to that process.

Despite limitations in the education sector, Nigeria has more than over 190 universities, the largest university and tertiary education sector in Africa. The country churns out millions of graduate annually, creating the most educated workforce on the continent.

This growth represents both a challenge and an opportunity. It will be a challenge and a huge economic burden if productive opportunities are not found for their engagement. Gainfully employed, these educated millions can be harnessed to drive Nigeria’s economic growth, thus promoting social stability.

Nigeria challenge is not that its political leadership has been corrupt, but that its has had limited ability to govern the country effectively. Nigeria needs a modern political administration where the state is not about maintenance of the status quo and the mere allocation of existing economic values for project and self-aggrandisement.

The state should be reoriented, and directed purposely towards a more expansive interpretation with focus on rapid economic growth and the provision of public goods that empower citizens to become meaningful actors in the overall positive transformation of their society.

Such purposeful action by the national leadership, who must be clearly reformist, is required to alter the trajectory of poor economic growth. It is also required to foster sustained productivity gains in the country’s economy to generate growth to average 6%-10% annually.

Such growth is what will enable Nigeria to triple and possibly quadruple its economy within the next 10-15 years in a repeat of the first 20 years of the Fourth Republic.

Inevitably, a growing economy represents the best pathway toward addressing many of the social and economic challenges Nigeria now faces in its seventh decade of independence.