Insights from 87 villages reveal transformative power of agricultural mechanisation, but there are challenges too — like soil erosion, deforestation, women’s access 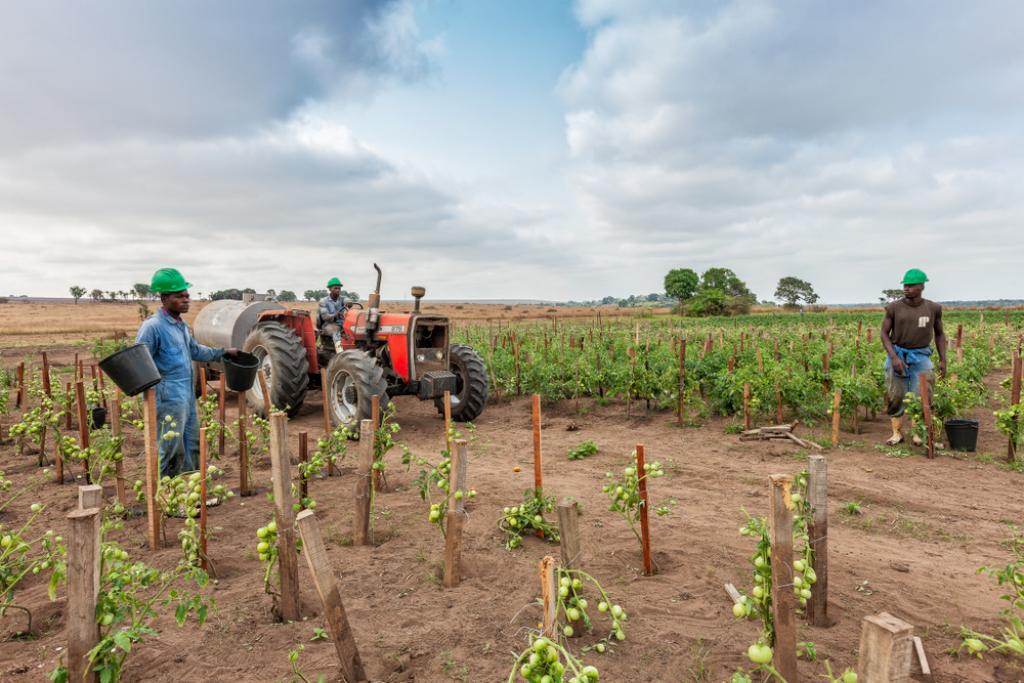 Agricultural mechanisation is on the rise in Africa, replacing hand hoes and animal traction across the continent. While around 80-90 per cent of all farmers still rely on manual labour or draught animals, this is changing, driven by falling machinery prices and rising rural wages. During the last couple of years, tractor sales grew by around 10 per cent annually.

A look at the history of today’s mechanised countries shows that a widespread replacement of manual labour with mechanical power can have large socio-economic and environmental implications.

In our latest study, we explored how mechanisation could change the face of African farming and rural areas. It’s important to ensure that mechanisation can be accompanied by policies that harness its potential and minimise potential negative effects.

To understand the effects of mechanisation, we collected data in 87 villages in Benin, Nigeria, Mali and Kenya. These villages were chosen as examples because they’ve already experience mechanisation. We conducted 129 focus group discussions with 1,330 rural residents. They identified various ways that mechanisation affected farming, rural life and nature.

The insights from the 87 villages revealed the great transformative power of agricultural mechanisation. Mechanisation can reduce work burden, raise prosperity and enhance diets. But there are also challenges such as soil erosion, deforestation and women’s access to tractor services.

Identifying these challenges provides an opportunity to prevent them from arising, through agricultural research and appropriate policy action.

Our study focused on the use of tractors for land preparation as this was the most commonly mechanised activity across the case study countries. Preparing land is labour-intensive and is usually the first activity to be mechanised. Participants were asked to mention positive changes directly related to mechanisation. They then identified subsequent changes. What they told us formed a picture of a chain of impacts.

Overall, we found that mechanisation has more far-reaching agronomic, environmental and socioeconomic consequences than commonly assumed.

On the upside, it frees men, women and children from heavy agricultural work. This gives them time to do other things, like running non-agricultural businesses or going to school.

Mechanisation also helps to overcome labour bottlenecks, a well-recognised constraint to rain-fed agriculture. This allows people to cultivate more land, as 61 per cent of the respondents reported. In Mali, one farmer said:

Many farmers have land that they can’t farm, it is let as fallow. With the tractor, the land is farmed and produces volumes of crops beyond the consumption capacity of the household.

Using a tractor also improves the timeliness of agriculture. Farm activities can be completed at the optimal time, which raises yields. This was noted by 72 per cent of all respondents. The overall increase in agricultural production contributes to enhancing food security and reducing poverty.

On the other hand, 58 per cent of the respondents noted that mechanisation can undermine long-term soil fertility, in particular when the disc plough is used. They said the use of heavy tractors can trigger soil erosion and compaction. In Benin, one farmer reported:

Tractor increases soil compaction given the weight… This is followed by the problems of flooding and erosion, which considerably reduce fertility and consequently the yield.

Another concern is deforestation. Cultivating more land can mean losing trees on a large scale. Even clearing trees from fields so that tractors can operate there reduces biodiversity and makes the soil more susceptible to rain and wind erosion. In Mali, one farmer reported:

Trees are destroyed to enable the tractor to work comfortably. This exposes the land.

Some effects are highly context-specific, such as employment effects. In Benin, where mechanisation was associated with area expansion, this greatly raised the demand for labour to carry out the non-mechanised parts of farming. Here, no unemployment effects were reported, confirming a pattern from countries such as Zambia.

In Nigeria, where fewer farmers expanded land sizes, 48 per cent reported job losses. Employment effects can be non-direct as well. Many rural residents reported that the rising prosperity of farmers due to mechanisation leads to positive spill-overs to non-farmers such as blacksmiths, carpenters and hairdressers.

Most negative effects are not inherent to farm mechanisation and can be addressed with complementary agronomic practices and adequate policies. Soil erosion can be reduced with conservation agriculture, which protects soils by replacing heavy disc ploughs with less soil-disturbing rippers or direct seeders and continuous soil covers.

Deforestation can be minimised with careful land-use planning, for example, by protecting land that is particularly valuable for climate change mitigation, biodiversity, and wildlife.

With the right policies, countries can harness the potential of mechanisation and manage challenges. This can ensure that mechanisation contributes to an African agricultural transformation that is sustainable from a social, economic, and environmental perspective.