Unrest is being used to subvert South Africa’s democracy: giving in is not an option 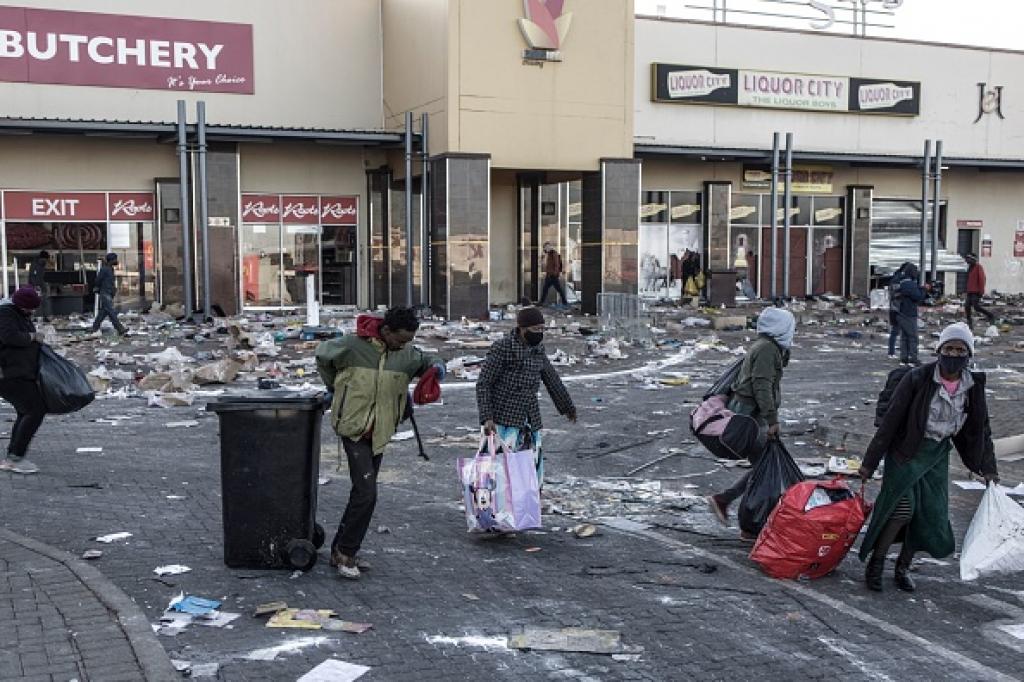 The mayhem of the last few days is a reminder of the danger that South Africa continues to live with, as well as an indication of the disfigurement of its law enforcement institutions.

The danger stems from the deferral of a “better life for all” which the governing African National Congress promised when apartheid ended, while the crisis in law enforcement institutions is born of a sinister motive to evade accountability. The poor will emerge worse off, and the bandits are hoping for state institutions too weakened to dispossess them of their bounty and throw them into prison.

Failure to stop former president Jacob Zuma’s incarceration has led to where the country is. This is not an unavoidable result, but the fruition of a calculated strategy — call it ‘Plan B’. Zuma zealots had hoped their threats of a violent breakout would scare off the police from arresting him, thereby forcing the authorities to hatch some arrangement that would keep him out of prison.

Once the threats proved hollow, which led to Zuma being jailed, the plan morphed to inciting lawlessness. The intention is to inflict sufficient harm on property and sources of livelihood and instil fear of widespread loss of life to a point where the authorities regret the decision to proceed with Zuma’s incarceration.

For their destructive plans, Zuma’s fanatics found willing accomplices among the hungry, the underworld and petty thieves looking to feed a drug habit. And criminality is not unusual in South Africa. It makes global headlines, now and then.

The looting and violence is not unexpected for a country with the kind of social ills South Africa faces. For instance, of those who’re able to work, between the ages 15 and 65 years, 43 per cent can’t find jobs. About two-thirds of the unemployed are youthful, below the age of 34. Most may never find jobs in their lifetime. They are school dropouts without any skills to sell in the labour market.

Faced with dim prospects of finding jobs and without much to do, these unemployable youngsters have taken to drugs to soothe their misery and to criminality as a source of livelihood. Drug abuse has emerged recently as the most worrying problem among the country’s youth. It has predisposed them even more to criminality.

What’s happening now also can’t possibly come as a surprise because of poor police visibility. Police absence has emboldened some. These are the hungry in South African society, but they have remained obedient and fearful of imprisonment. Given the unlikeliness of arrest in this climate, the usually timid have decided to join the looting frenzy. And, though it may not be their first choice, they all possibly feel entitled to steal to assuage hunger.

That is the social deprivation that Zuma’s devotees are successfully exploiting. One can’t rule out the possibility that these marauding mobs have been initially encouraged, or bussed, to loot. It’s not unusual for leaders of the governing African National Congress to enlist the help of the underworld, including for murder of their own comrades.

Once orchestrated, the looting and destruction frenzy took on a life of its own. But the aim of those involved is not just wanton destruction and to raise the spectre of mob attacks. Zuma devotees remained focused on freeing their cult-figure. They’re blaming the judiciary for the chaos, saying the jurists have taken an irresponsible decision. Their goal is to discredit the judiciary to justify making a deal that would free Zuma from punishment.

The question of a political pardon

A political pardon, especially under these circumstances, would set this country down a potentially irreversible path. It would mean that all the guilty need to do to avoid accountability is to threaten violence. That would mean Zuma would never be punished for accumulated allegations of corruption.

If he managed to force a pardon now, who says he wouldn’t employ violence the next time he faced jail time? There’s a real possibility that Zuma will go back to prison. He’s currently going through a trial, and evidence of his impropriety is piling up at the Zondo commission probing allegations of state capture and corruption.

If the state pardons Zuma now, it’s effectively saying he enjoys indemnity from prosecution, regardless of how severe his improprieties are. Once that happens, South Africa will lose any claim to being a country governed by the rule of law. It would pave the way for the proliferation of militia forces and mobs organised by strong-men to threaten law enforcement agencies.

Countries don’t renounce the rule of law on account of a mere refusal to comply. The idea is to enforce the law. That is why the police and prosecutors are called law enforcement agencies.

But South Africa is faced with a dreadful failure of law enforcement, resulting from sheer failure to detect the likelihood of the current mayhem. Imprisonment of any heroic figure, especially one who encourages his zealots to break the law, is likely to incite chaos. The likelihood of that happening is even greater in a country with deep grievances like South Africa.

How the country’s intelligence could not have foreseen this is inexplicable. Either they’re hopelessly inept, or they have simply deserted their posts and left the country exposed to internal threats.

The current chaos has set the country back. More people have possibly been infected by novel coronavirus disease (COVID-19) due to failure to observe preventative measures. Even more deaths are likely to follow because of the disruption of the vaccination programme and lack of staff at hospitals for fear of violent attacks by the mob.

This will add to the already high number of child-headed households in the country. Destruction of businesses will lead to a multiplication of unemployment, which is unlikely to decrease any time soon as business people remain uncertain about the return of law and order. This means criminality is likely to rise even more.

Read more: Jacob Zuma isn't a man with a cause. Just a wily politician trying to evade the law

South Africa can’t possibly remain the same country in the aftermath of this mayhem. There are just too many storms ahead to simply continue unchanged. State institutions need to rid themselves of people who are not proving their worth. Their retention is truly reckless.

The “ticking bomb” in South Africa does actually have the potential to explode. Mere promises of a better life are not enough to disarm the bomb. Malfeasant elements within the governing party are determined to take the entire country down with them. South Africans can’t say they have not been warned.