What South Africans should know, but don’t, about government’s COVID-19 vaccine procurement

Uncertainty remains around the exact role of South Africa’s nine provinces, each with its own legislature and executive council, on procuring vaccines 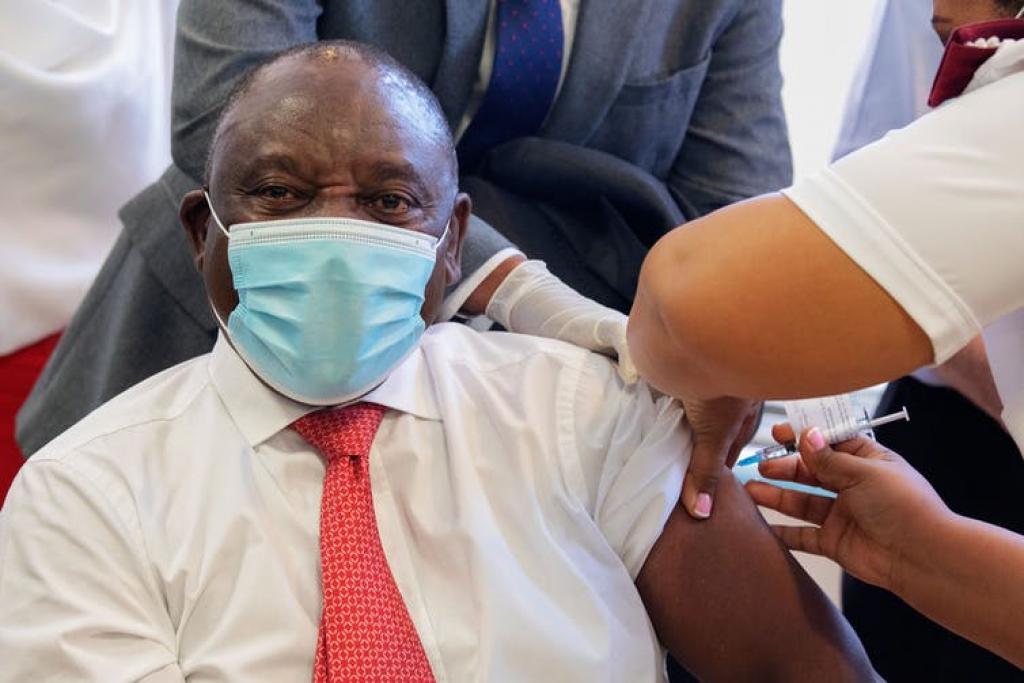 The COVID-19 pandemic has again highlighted the challenges facing public procurement in South Africa. The Auditor-General’s reports on COVID-19 related procurement and media coverage have all have flagged opacity, corruption and mismanagement on a wide scale.

In this context, one is understandably apprehensive about the next major procurement episode in the country’s response to COVID-19. That is the procurement of vaccines and the services required to vaccinate the population.

There is much that the public has learned about this vaccine procurement process. This includes the centralised approach adopted by the national Department of Health and which is the current supplier. One acknowledges that government has learnt some lessons from the procurement failures of its early response to the pandemic.

But there is much that is not known and much should be known. Some of this vagueness may simply be because the relevant aspects have not yet been finalised. But in relation to other aspects, the information should be available.

Role of provinces in vaccine procurement

Uncertainty remains around the exact role of South Africa’s nine provinces, each with its own legislature and executive council, and, to a limited extent, the private sector.

In his briefing to the parliamentary portfolio committee on health on 5 February 2021, Health Minister Zweli Mkhize stated that government was procuring the vaccines centrally and “then supplying both the private and the public sector for distribution”.

One can understand the move to centralise such procurement, especially after the challenges of the highly decentralised early procurement stage such as the failure of many organs of state to follow prescribed pricing and specifications instructions.

But Western Cape premier Alan Winde stated that the Western Cape had established a “framework for provincial contingency vaccine acquisition (and procurement), to supplement the national acquisition plan”. It is unclear whether other provinces, or other organs of the state, are also embarking on additional vaccine procurement programmes.

Provinces — and a host of other organs of state — have the power to procure vaccines on their own. The law does not provide for mandatory participation in centralised procurement.

If an organ of state can show that procuring vaccines falls within its legal mandate, it should be able to do so on its own. That is largely due to the highly decentralised public finance framework under the Public Finance Management Act and Municipal Finance Management Act, which includes procurement. In terms of this framework, organs of state are individually mandated and thus responsible for their own spending.

Another major area of uncertainty relates to the terms of the supply contracts in terms of which government will acquire the vaccines. While government leaders keep using phrases such as vaccines have been “secured” and manufacturers have “committed” doses, it is unclear whether any contracts have actually been signed, apart from the agreement to obtain the AstraZeneca vaccine through the COVAX initiative.

At the very least, an agreement for 9 million Johnson & Johnson vaccines seems to be either already signed or on the brink of being signed. But the specific terms of such an agreement remain unclear.

Of particular concern is the indication that such agreements may contain a no-fault compensation system for adverse events, as well as non-disclosure clauses. The latter would make it impossible to scrutinise the actual terms of the agreements, including the exact nature and hence implications of the former type of arrangements.

There are also concerning signs regarding the costs. The national Department of Health indicated to Parliament that the Johnson & Johnson vaccine would cost US$10 (R147) per dose. However, Mkhize was much more circumspect in his public briefing on February 10, indicating that the exact price would be negotiated as supply was agreed upon.

He noted specifically that urgent availability was a factor, adding that:

We’re prepared to do anything to deal with it so we will get the final proposal in the next day or two and then we will be able to explain how much can be obtained without payment…and how much we’re paying for the rest of the other vaccines.

All these uncertainties raise questions about whether the agreements will meet the constitutional requirement that public contracts must be concluded in terms of “a system which is fair, equitable, transparent, competitive and cost-effective”.

If, for example, these vaccine supply contracts contain non-disclosure terms, transparency will be seriously reduced and with it any attempt at establishing whether the contracts were competitive and fair.

Globally, serious questions have been asked about the fairness of some of the vaccine supply contracts. This is in light of significant public funding for the development and approval of the relevant vaccine, which is subsequently bought at great cost, again from public funds. Some have also questioned the differential pricing for South Africa versus the European Union.

At a more specific level, there are questions about government’s approach to the procurement of the vaccine roll out services. It is unclear, for example, why a deviation from competitive bidding to direct contracting and closed bids was required for the initial logistics services. This is both for a single source contract with Biovac and a subsequent closed bid to four suppliers for six months of storage and distribution.

It seems difficult to follow how these procurements could be described as urgent as they would have been planned since September 2020, during formulation of the COVAX agreement. Subsequently, the the Department of Health launched an open bidding procedure on 5 February, closing on 22 February, to procure the very same services from 1 April.

One wonders whether this deviation meets the first of the three requirements for deviation from competitive bidding as formulated by the Supreme Court of Appeal. The appeal court stated that “there must be a valid and rational reason for the decision to deviate from the usual tender procedures”.

must ensure that the closed bid process does not in any way prejudice any other supplier who has the required storage and distribution capabilities.

It isn’t clear how the Department of Health will adhere to this requirement given that the very nature of a closed bid is that no other suppliers participate other than those pre-selected to bid.

Public trust is undoubtedly a major factor in the success of any mass COVID-19 vaccination programme. The efficacy of such a programme hinges on vaccinating enough of the population to achieve herd immunity. In turn, herd immunity depends on enough people adequately trusting the programme to seek vaccination.

This is apart from the constitutional values of good public governance, which require high levels of transparency. Such transparency in government’s vaccination programme is also essential for the very success of the programme, since without transparency there cannot be public trust.

One hopes that the relevant information will be made public as soon as possible as an important step to ensure public trust in this essential programme.

This article is extracted from a longer, more in-depth analysis of the Covid-19 vaccine procurement process by the author.