Why maize is causing trade tensions between Kenya and its neighbours

The Agriculture and Food Authority said the reason for the ban was high levels of mycotoxins in the maize from the two countries; in less than a week, the government backtracked 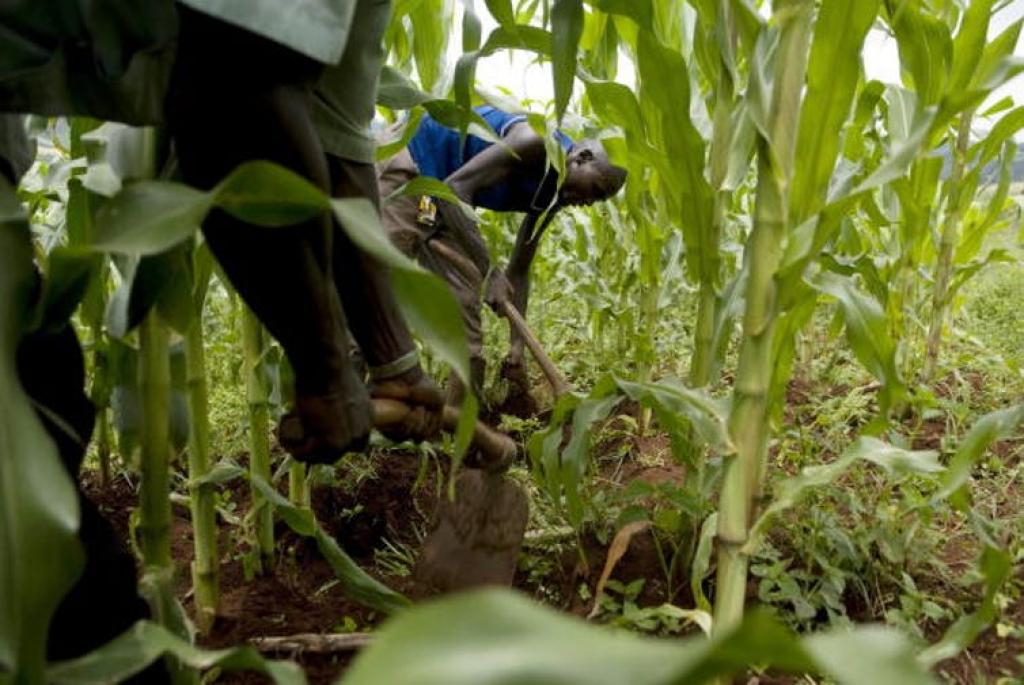 There was confusion in the East African grain market this week after Kenya banned maize imports from Tanzania and Uganda. The Agriculture and Food Authority said the reason for the ban was that levels of mycotoxins in the maize from the two countries were above safety limits. But in less than a week the Kenyan government appeared to backtrack and announced that it had asked its East African Community trading partners to pass sanitary and phytosanitary standards on farm produce before it reached Kenya. We asked Timothy Njagi Njeru, a development economist and research fellow with a special focus on agricultural development and innovation in sub-Saharan Africa, to shed light on events.

Kenya initially imposed the ban because it said grain from Tanzania and Uganda had high levels of mycotoxins.

Mycotoxins are poisonous compounds produced by certain types of moulds that grow on foodstuffs such as cereals and nuts in warm and humid conditions, either before or after harvest. Aflatoxins are among the most poisonous mycotoxins and can grow in the soil as well as on the foodstuffs. Research has shown that mycotoxins can damage DNA and cause cancer in animals.

In the East African Community, each country enforces the safety standard. In Kenya, the ministries of agriculture and health are mandated to enforce food safety standards. These ministries collaborate with the customs authority to police food imports. The Agriculture and Food Authority, under the Ministry of Agriculture, carries out checks to ascertain the levels of aflatoxins in the food supply system.

But the systems put in place for testing are flawed. For example, Kenya does not have a standard method for sampling and testing for aflatoxins. This is critical because aflatoxin levels can differ between grain collected from the same sack. This was illustrated a few years back when various government laboratories came under scrutiny over results showing different levels of aflatoxins for grain samples collected from an imported consignment.

Another challenge is that laboratories don’t all use the same protocols.

It gets murkier. Currently, important actors such as large grain milling companies conduct their own tests.

Standardising the sampling methodology would make the results more consistent. Credibility of the results enhances food safety and certainty for maize traders and consumers.

What’s the significance of what’s happened?

Events of the last few days has raised awareness about food safety standards in the region. Discerning maize consumers in Tanzania and Uganda are likely to take a greater interest in the aflatoxin standards and how they are applied to their domestic markets.

The developments are also significant for farmers in both countries, but more especially Tanzania. Farmers in Uganda mainly grow maize as a [cash crop], and Kenya is a key market destination. In Tanzania, Kenya is a niche market offering better prices than domestic prices. Any interruption in trade to Kenya would mean that farmers faced huge losses.

Third, this could potentially be a big win for food safety in Kenya. The government intervening to ensure food safety will increase awareness among producers and consumers. If sustained, Kenya will make progress on food safety in the food supply chains.

It is clear from Kenya’s statement lifting the temporary ban that authorities intend to take a tough stance in policing maize imports. Maize importers will now be required to register, and incoming consignments must be accompanied by a certificate of conformity with aflatoxin levels.

Along with this, traders must provide details of their warehousing.

Is imported maize a problem for Kenya from a food safety standpoint?

The high levels of aflatoxins in imports from the region are associated with the fact that produce isn’t properly dried. For instance, Ugandan produce is regularly harvested and immediately transported to Kenya from the farm. Maize should be dried to 13 per cent moisture level before storage. Some of the maize is thought to have up to 18 per cent moisture content, implying that once the maize is harvested, it is immediately sold and shipped to Kenya from these countries.

Kenya relies on maize from Uganda and Tanzania to meet its demand each year. According to the Ministry of Agriculture’s data, Kenya imported about 277,350 tons of maize (3.1 million 90 kg bags) in 2020. About 95 per cent of this came from Uganda and Tanzania. This year, it was estimated that the country would need to import similar amounts to be food secure.

Kenya’s maize production was about 3.8 million tons (42 million bags). Some of this also contains aflatoxins. The main reason for local contamination remains poor storage and transportation, as well as contamination from the soil, especially in the lower altitude areas (lower eastern region) that have humid and damp conditions.

For this reason, aflatoxins in the maize supply systems cannot be solely blamed on imports from the two countries.

But there’s a focus on imports now because Kenya is doing much more than its neighbours to combat aflatoxins in the food supply chain. Kenya already has a plant to develop aflasafe.

Aflasafe is a fungus, in the same family as the aflatoxin-causing fungi, that is applied to plants and the soil and stops harmful fungi from taking hold of the grain. In addition, consumer awareness of the dangers of aflatoxins is higher in Kenya. Similarly, the checks for aflatoxins in the food supply system are more regular in Kenya.