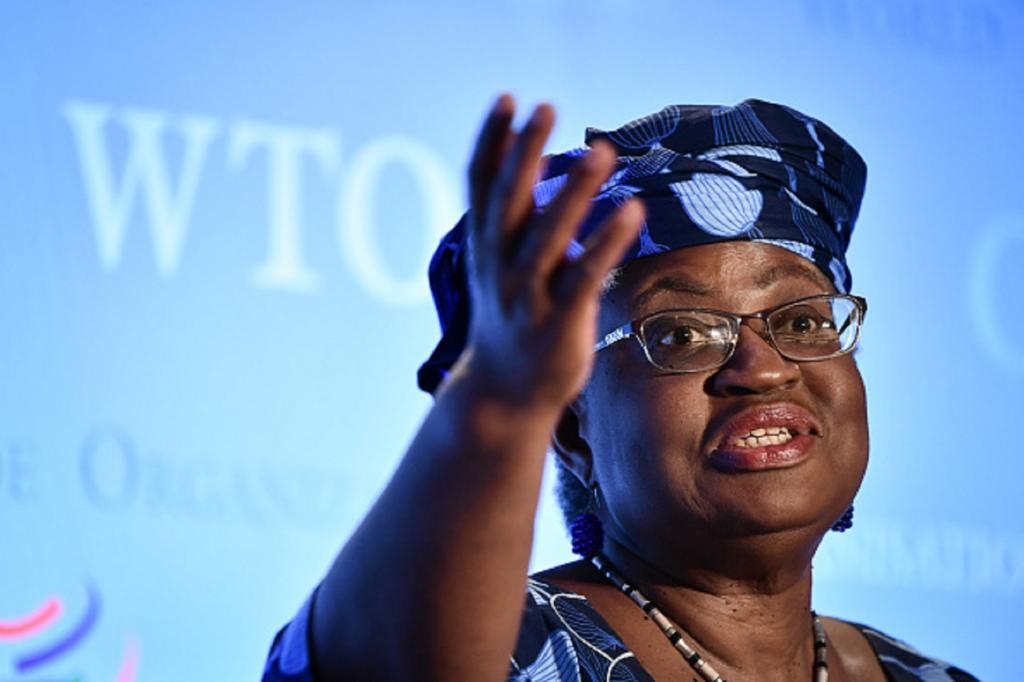 Ngozi Okonjo-Iweala’s global finance expertise would serve the WTO well given the nexus between trade and finance. Photo: The Conversation

The next director-general of the World Trade Organization (WTO) will replace Brazilian Roberto de Azevedo, who has served since 2013 and plans to step down at the end of August, a year before the conclusion of his term.

Of the eight candidates who have thrown their hats into the ring, three are from Africa. They are the former Nigerian finance minister Ngozi Okonjo-Iweala; the former Kenyan foreign minister Amina Mohamed, who also previously served as chairperson of the WTO General Council and Abdel-Hamid Mamdouhm, an Egyptian lawyer who is also an erstwhile WTO official.

The WTO does not operate on the basis of a regional rotation principle. But there is recognition that it has never been led by an African since its creation in 1995. Africa represents a key bloc within the WTO. It accounts for nearly 27 per cent of membership and 35 per cent of members from developing countries.

Past directors-general have come from Europe, Oceania, Asia and South America.

The challenges facing the WTO are numerous and complex. Since the collapse of the Doha Round of trade talks, the multilateral trade system has stalled and it needs to be revived. Launched in 2001, the Doha Round failed to respond to the development interests of poor countries, most of which are African.

The organisation has also been at the receiving end of persistent attacks from the Trump administration, which has accused it of failing to protect American interests. This has been aggravated by trade wars between the US and China. And the organisation’s dispute settlement system has been paralysed by the refusal of the US to approve appointments of judges to its appellate body.

Concerns have also been voiced by the US, Japan and the European Union (EU) about the WTO’s rules. There’s a strong lobby to have them modernised to take account of the impact of the rise of developing countries and Chinese industrial subsidies. The EU, in particular, has protested against the overuse of the “special and differential treatment” rules designed to afford poor nations more favourable trade terms, regarding this as creating a second tier membership.

Also, the WTO has had to grapple with massive dislocations in international trade brought about by the coronavirus global pandemic.

In our view, of the three African contenders, none is better qualified than Okonjo-Iweala to lead the WTO in the next phase of its 25-year history, which is poised to be the most fractious and challenging.

The WTO plays an important confidence-building role in the global economy, and the interests of poor countries will be best served in a stronger multilateral trading system that is responsive to their development concerns.

The nature of the institution requires a leader with significant political heft and who commands the respect of all member countries, rich and poor.

The WTO’s director-general and secretariat wield very limited executive power. They can inform, manage, coax and oversee. But they can’t decide. Decision-making in the WTO is consensus-driven, and any member country can scupper a trade deal.

This is unlike the World Bank and International Monetary Fund, where decision-making is based on shareholding, which is dominated by industrialised nations.

Okonjo-Iweala is suitably qualified to serve at the helm of the institution. She is a Harvard-educated political heavy-hitter with the skill and experience to cajole, knock heads together and break logjams. She is regarded as a consensus builder who enjoys the confidence of governments, business and multilateral institutions. As Nigeria’s finance minister, she successfully spearheaded the negotiation of an $18 billion debt write-off for the country with the Paris Club creditor nations.

Her political acumen and extensive negotiating skills could contribute towards restoring the multilateral trade agenda. This has collapsed amid the Trump administration’s hostility towards multilateralism.

With her origins from a neutral developing country, she could be the right candidate the embattled WTO needs to broker a truce between the US and China and end their trade conflict, which has led to institutional collapse.

Following a long stint as a senior executive at the World Bank, she twice served as Nigeria’s finance minister between 2003 and 2015. During this period, she took on vested interests and implemented far-reaching reforms. These included overhauling a corrupt fuel-subsidy scheme, cutting delays at the country’s ports, creating an oil fund to stabilise the economy, increasing transparency by publishing the government’s monthly finances and introducing an electronic tax system that curbed illegal diversion of funds.

Okonjo-Iweala does not have WTO experience. But she knows and understands the workings of multilateral institutions, honed over many years as an international public servant. She is a seasoned global finance expert, economist and development practitioner with decades of international experience.

Her global finance expertise, in particular, would serve the WTO well given the nexus between trade and finance in the world economy, accentuated by the current economic crisis. By not being a WTO insider, she would bring a much-needed fresh perspective to the institution.

The WTO is at a crossroads. Since the launch of the Doha development agenda, it has been buffeted by one crisis after another. This has occurred at a time when the drivers of world trade have been undergoing seismic transformations, stemming from the ascent of new actors, notably China, the advent of new technologies and production methods, and changes in global demographics.

In the absence of a multilateral architecture to govern trade, there has been a surge in tit-for-tat economic policies, which have disrupted supply chains and stifled trade and investment flows.

These are desperate and perilous times for the WTO and they call for a credible and effective leader who is qualified to lead the institution at this critical point in its history. Okonjo-Iweala fits the bill. African countries must coalesce around and actively champion her candidacy.