Work can be a violent experience for Zimbabwe’s forest rangers 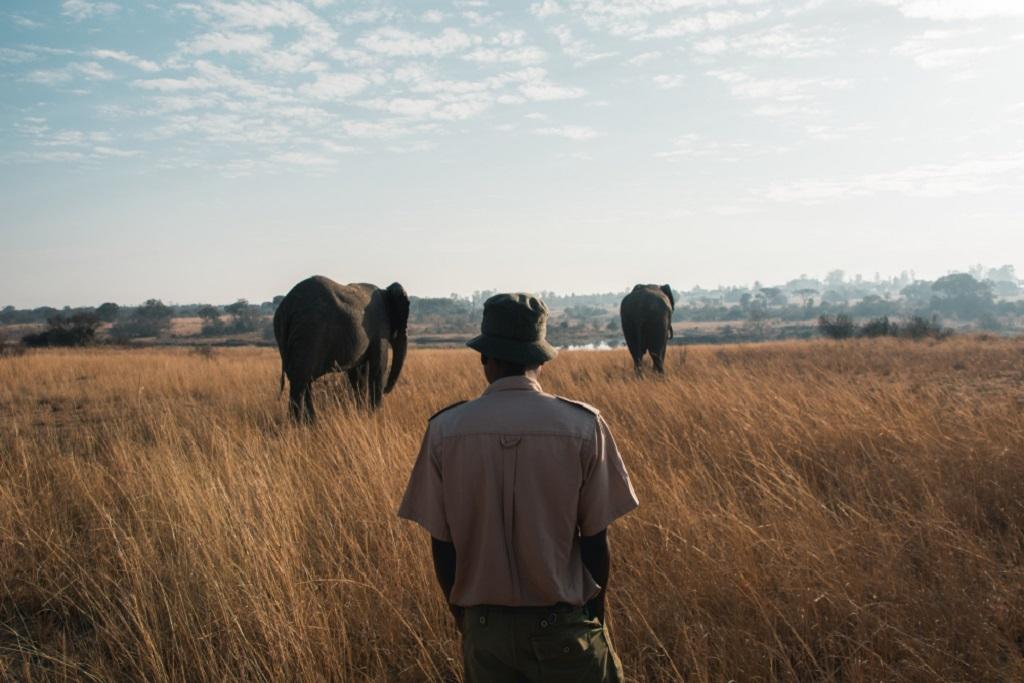 As cases of poaching rise across Africa’s protected areas, some governments have responded with a military approach to nature conservation. From as early as the mid 1980s, military forces themselves were used to enforce conservation, as were military strategies and technologies and paramilitary personnel.

Militarised conservation has had unfortunate consequences. Sometimes poaching suspects died before getting their right to a trial.

For example, between 2008 and 2013, about 300 suspected poachers were killed in the Kruger National Park. Communities living in and around protected areas also suffer unintended consequences such as being harassed by rangers for accessing resources.

Though often hailed as heroes, park rangers have also been victims of militarised conservation. Not only are they at direct risk of death in the line of duty, they also experience violence as implementers of the policy. This aspect has not received much previous attention from researchers.

I further found that experiences of violence by forest rangers contributed to the persistence of everyday violence such as aggressive policing. These findings also have to be taken into account when considering alternative approaches to conservation.

Read more: Why rangers in the Congo's Virunga national park are under attack

Forest rangers and violence at work

My study in Sikumi Forest Reserve took place from April to July 2016. The reserve is managed by the state through its authority, the Forestry Commission. The area was primarily reserved to protect endangered tree species and fragile Kalahari soils.

The forest, however, shares a permeable border with Hwange National Park, providing continuity of wildlife movement. This means wildlife also has to be managed by the forest rangers. One of the key duties of Sikumi forest rangers, as specified by the Forest Act, is to combat timber and wildlife theft.

During the four months that I became a 14th member of the anti-poaching team in the reserve, I observed that forest rangers experience occupational violence through violent training.

Though it is necessary for them to learn techniques for their safety, training is often conducted in a manner that is overly violent. They are subjected to direct physically harmful punishments and verbal harassment. “After training we are angry!” was a common statement among forest rangers, suggesting the emotional effect of a violent training process.

Training instructors defended their methods as part of hardening forest rangers and instilling discipline. Discipline is fundamental in any paramilitary establishment or organisation, but in Sikumi Forest Reserve it systematically entrenches occupational violence against forest rangers.

For instance, discipline prohibited forest rangers from questioning orders even if those orders threatened their well-being and safety at the workplace. As a result forest rangers suffered in silence.

They also had to work with obsolete equipment that exposed them to occupational hazards. The firearms used by forest rangers were old and incapable of matching modern automatic rifles used by poachers; neither could they efficiently respond to animal attacks.

Instead of protecting forest rangers, these firearms exposed them to life-threatening danger. For several years, requests for more suitable firearms or servicing of the current ones were not addressed by the Forestry Commission.

Forest rangers additionally conducted daily anti-poaching activities without adequate protective clothing. All 13 rangers had worn-out or oversized uniforms, and improvised protective hats. They had received a donation of boots from a local non-governmental organisation. But while I was there, two rangers still had to wear ordinary shoes which were not appropriate for the job.

Deployment to anti-poaching camps was done without provisions and adequate water. When water supplies ran out, rangers turned to wildlife waterholes, potentially exposing themselves to zoonotic diseases. But these camp experiences were defended as part of hardening forest rangers.

The ripple effect of occupational violence

Imagine going to work hungry then coming across illegal activities. If the person runs away you have to chase them for more than 2km. Maybe you are tired because you have already walked 20km in the heat with no food, no water and poor shoes. Tell me what is going to happen when we finally catch that person. We will teach him a lesson.

These views show that experiences of occupational violence can provoke a violent reaction to illegal activities, resulting in violent policing tendencies.

This study was conducted in 2016, but the circumstances of forest rangers in the reserve have not changed. And there are similar reports from Cameroon, Democratic Republic of Congo and Tanzania.

Resources for conservation in Zimbabwe are limited because of long standing economic and political challenges but authorities could do better to meet the needs of forest rangers.

Tafadzwa Mushonga, Postdoctoral Fellow. Centre for the Advancement of Scholarship, University of Pretoria