Since we live in an increasingly globalised world, we must make an attempt to seek global solutions to our local problem of paddy straw burning 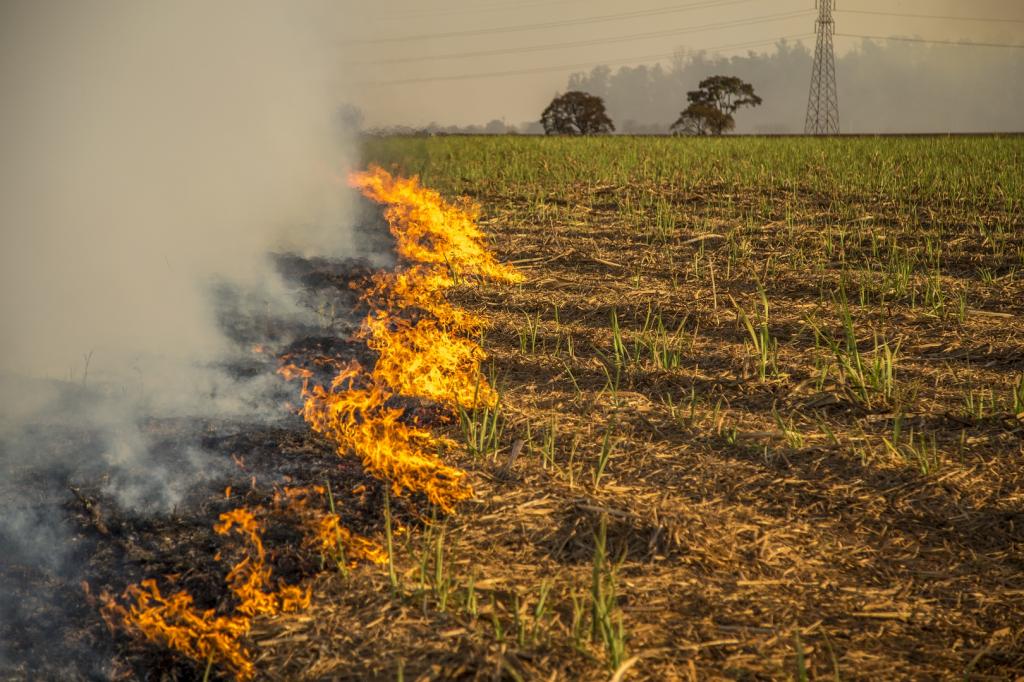 Nobody can ignore the winter smog in Delhi, probably because the smog is the only thing that one can see with bare eyes in the capital’s now infamous winters!

Though a report by System of Air Quality and Weather Forecasting (SAFAR), under the aegis of the Ministry of Earth Sciences, shows that vehicles and industries contribute the most to the pollution in National Capital Region (NCR), pollution arising from farmers burning crop residue in the regions adjoining NCR has taken the centrestage recently.

Despite states blaming each other for the problem, it is now well established that ‘stubble burning’ by farmers of Haryana, Punjab, Uttar Pradesh and Delhi itself is a major contributor to the deadly smog-soaked winters.

The government responded to this problem by doing something it loves to do—banning crop residue burning. The government seems to have a problem of memory loss, otherwise it would have remembered that almost all of its previous attempts to ban such practices failed disastrously.

India could have learned from the international experience—where similar bans imposed by Communist China and semi-authoritarian Philippines failed to persuade or coerce rice farmers.

Another initiative of granting subsidies to farmers to buy machines that help in ‘rice straw management’, has also failed to take off in the expected manner. Both the ban and the subsidy-grant initiatives have the classical markings of being ‘top-down’ interventions, which, on most occasions, are bound to fail.

However, India could take lessons from the Philippines in this regard. The Phillipine Rice Research Institute (PRRI), in association with some farmer groups, NGOs and university students, organises an annual ‘Dayami Festival’ to spread awareness about the harmful effects of rice straw burning and the available alternatives to sustainably manage the straw.

In Filipino, the word ‘Dayami’ refers to ‘hay’ or ‘grass straw’. Almost everyone has a role in this festival, for example, the 2017 Dayami festival saw university students making artistic representations of insects (using leftover rice straw) that are killed due to stubble burning.

On the sidelines of the festival, activists and scientists affiliated to PRRI & various NGOs provide tips to farmers on utilizing leftover rice straw. The suggestions include ploughing the rice straw back into the field as a natural fertilizer (paddy cultivation is particularly nutrient intensive), supplying paddy straw for generation of bio-energy, and using the paddy straw as a substrate for mushroom cultivation.

At the festival, the emphasis was not on preventing rice stubble burning (as in the Indian case) but to minimize the costs for farmers who opt for alternative methods of paddy straw disposal and supplementing the farmers’ source of income.

This approach, involving different sections of society in the pursuit of a solution, is expected to be much more effective compared to the ‘carrot-and-stick approach’ of the Indian State, where it offers subsidies for rice stubble management on the one hand and aims to take penal action against farmers who continue to burn rice stubble on the other.

There is already an element of distrust between farmers’ groups and the state over long-standing issues, including crop prices and insurance. Recently, farmers from across the country gathered on the streets of the national capital on November 29 and 30, 2018, with a long list of grievances.

In this backdrop, paddy cultivators are less likely to respond to government only initiatives due to the high levels of animosity. The problem of crop residue burning can’t be solved by technical or legal interventions alone.

We need teams of doctors, scientists, activists and students to engage with farmers and farmer organisations and look for solutions together.

The People’s Science Movement (PSM) is one such platform to achieve the target, wherein health, pollution and environmental degradation form the basis of most of its programmes.

A full-fledged intervention by the PSM in the problem of stubble burning may also provide a convenient entry-point for the PSM in the northern agrarian belt.

By helping the paddy farmers transition to a better, more sustainable style of farming, the PSM might be able to develop a constituency for itself in the region.

Since we live in an increasingly globalised world, we must make an attempt to seek global solutions to our local problem of paddy straw burning.

Rice is one of the top three food crops in the world and the staple food of an overwhelming majority of Asians. Media reports and research papers have highlighted how the problem of paddy straw burning raised concerns in the Philippines, China, Thailand, Laos, Cambodia and Vietnam.

We might be able to develop additional methods to sustainably dispose paddy straw via collaborative research efforts and co-operation with other rice-producing countries in the ASEAN bloc.

Prime Minister Narendra Modi, while attending the ASEAN summit in Philippines in 2017, paid a visit to both the International Rice Research Institute (IRRI) as well as PRRI.

During the visit, the PM donated two varieties of rice to IRRI to bolster their rice-gene bank, when he was also informed about IRRI’s work to develop flood-resistant rice varieties, which would help a world threatened by extreme events and climate change.

During this visit, steps were also taken to operationalise the newly inaugurated South Asian centre of IRRI, located in Varanasi. Thus, a well laid out infrastructure for future co-operation in development and dissemination of better rice varieties was put in place during Modi’s visit.

Though PRRI & IRRI are already conducting research to find ways to sustainably manage paddy straw; this issue, curiously, did not figure in the list of priorities of the Indian delegation during PM Modi’s visit.

There already exists an infrastructure for agricultural co-operation between India and IRRI. It would be wise to see if there exists a possibility to collaborate and find common solutions to the vexed problem of paddy straw burning.

Further, India could explore the possibility of collaborating with countries such as Cambodia, Laos, Vietnam and Myanmar who similarly witness large-scale paddy straw burning. Co-operation between India and ASEAN countries, in their common pursuit towards finding sustainable solutions to the problem of straw burning, will add another layer to the scientific & people-to-people (P2P) diplomatic co-operation between the two.