Antimicrobial resistance: How biosecurity in livestock can be a tool to improve animal health, reduce antimicrobial use 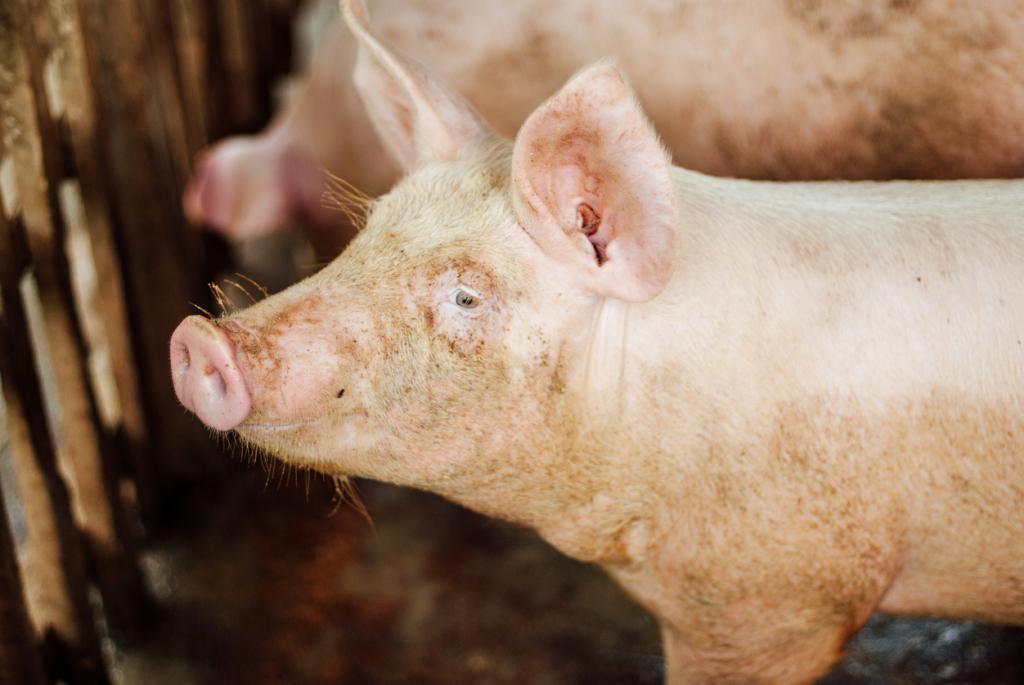 Food producing animals such as pigs, poultry and cattle are susceptible to a wide range of diseases, including zoonotic infections. These affect their health, welfare and productivity, and thereby have a major economic impact.

The implementation of biosecurity measures along the production chain presents itself as one of the major solutions to minimise the risk of introduction of these diseases into a farm, as well as their spread within the farm.

This is a promising finding considering that antimicrobial use in livestock production has been estimated to contribute over 70 per cent of the global antimicrobial consumption. Despite these documented associations and the recognised importance of biosecurity measures, there are still major shortcomings in the implementation of these measures in livestock  production.

Biosecurity consists of the combination of all measures implemented to reduce the risk of introduction and spread of disease agents. The measures to be established should not be seen as constraints but rather as part of a process aimed at improving the health of animals, people and the environment.

Implementing biosecurity requires the adoption of a set of attitudes and behaviors to reduce the risk in all activities involving animal production or animal care.

When designing biosecurity measures, one can either approach the topic from the point of view of one specific pathogen and design measures that are specifically adapted to the epidemiology of that pathogen.

Based upon the described transmission routes, biosecurity measures have been developed aiming to prevent either the introduction or spread of these pathogens in a herd.

In general terms, external biosecurity measures are mainly linked to either infrastructural aspects such as organisation of buildings on a farm, presence of entrance restriction for animals and persons (hygiene lock, quarantine pen, etc) or measures implemented upon others (entrance restrictions of visitors, hygiene of transport vehicles, safety of feed and water, vermin and bird control).

The internal biosecurity measures aim at preventing the spread of infection within the farm. Animals of different ages may have different levels of susceptibility to specific pathogens and therefore, it is crucial to keep different age groups separate and to work in a well-defined sequence according to well-designed working lines.

Equipment and materials such as bedding, feeders, drinking troughs, boots, spades, syringes and needles may also play an important role in the transmission of a large number of diseases.

Also, the management of diseased animals is an important component of the internal biosecurity. This includes proper diagnostics, isolation of the sick animals and disease registration as well as the improvement of the immunity status of susceptible animals, in particular through vaccination.

Correct disease management should result in a good insight into the specific health situation of the herd and in an application of the required preventive treatment to avoid disease and its subsequent losses.

In case of a slower growth rate of some animals compared to the remainder of the group, one should avoid, by any means, that the animals that lag behind are moved to a batch of younger animals.

“You need to be able to measure, to be able to improve” is one of the most famous quotes of William Thomson (better known as Lord Kelvin), a famous British mathematician of the 19th century. This is certainly true for biosecurity and hygiene.

The inability to measure, accurately and reproducibly, the biosecurity and hygiene status of a farm has long been one of the main obstacles in the pursuit of improvement of both.

If farm managers need to be motivated to enhance the biosecurity or hygiene status of their farm, it is essential to provide them with quantitative goals and benchmarks. They can use these to position the farm with respect to its biosecurity and hygiene status, so that the required measures for improvement can be identified and subsequently their effect measured, if possible in a quantitative way.

At Ghent University, a risk-based biosecurity scoring system (Biocheck.UGent™) was developed to quantify on-farm biosecurity. The scoring system is available for pig, poultry and cattle production, including many variants depending on the production systems (indoor vs outdoor; broiler vs layer; dairy vs beef).

It does not start from a specific disease but rather approaches biosecurity in general and focuses on those aspects that are common for the transmission of many different types of infectious diseases.

The Biocheck.UGent™ system consists of a number of questions divided into several subcategories for internal and external biosecurity. Depending on the importance of a particular biosecurity measure, the score per question is multiplied by a weight factor.

Also, the subcategories have a specific weight factor equal to their relative importance for disease transmission. As such, the Biocheck.UGent™ scoring system provides a risk-based score that takes into account the relative importance of all different biosecurity measures.

The Biocheck.UGent™ scoring tool is accessible to everybody and its use is totally free of charge (www.biocheckgent.com). After filling in the questionnaire, the results allow evaluation of the strong and weak points of the biosecurity on a farm and it will give a basis for improvements.

Although most of the measures to be implemented are logical and generally easy to apply, it requires a strong discipline to adhere to the measures in the daily practices. Those who do surely will see the benefits.