Antimicrobial resistance: How factory farming is destroying our planet

The health and well-being of animals, people and our planet are interdependent. Poor animal health and welfare in intensive farming negatively affect food safety, our environment and climate 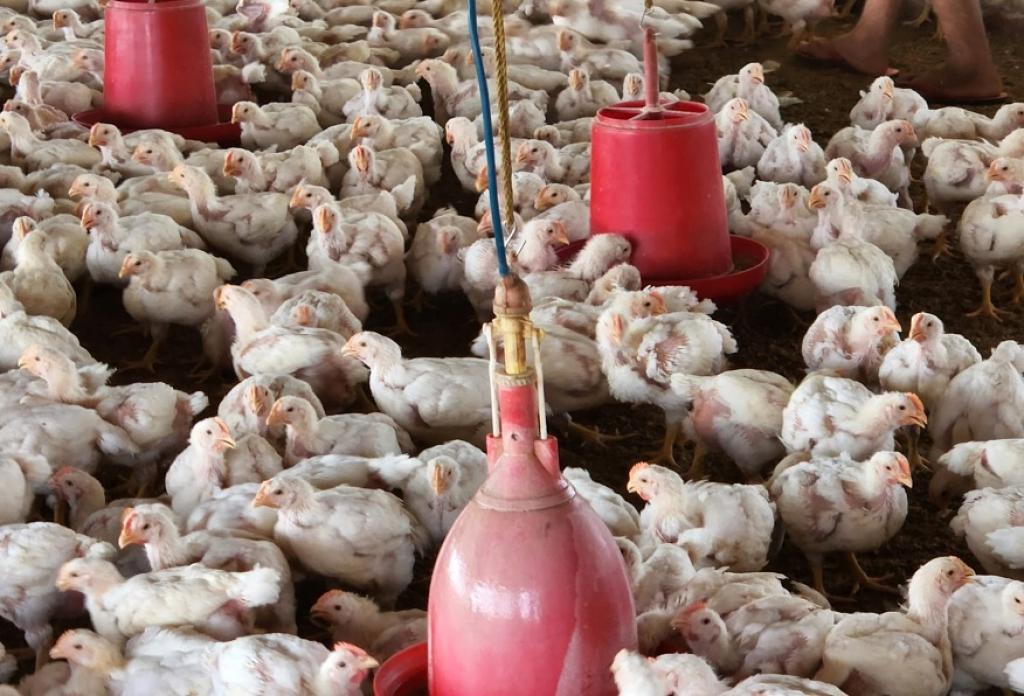 Factory farming or intensive food-animal farming is the intense and confined farming of animals such as pigs, cows, and birds. They are industrial facilities that raise large numbers of animals, mostly indoors, in conditions intended to maximise production at a minimal cost.

The suffering of billions of animals within such intensive farms around the world is too often overlooked or seen to be separate from the big issues of our day: pandemics and the public health crisis; climate change and biodiversity loss; food insecurity and malnutrition.

In reality, intensive farming exacerbates these global problems as well as causing immense cruelty to billions of animals.

When diseases jump from one species to another, they often become more infectious and cause more serious illness and death, leading to global pandemics. Bird flu and swine flu are two key examples where new strains constantly emerge from intensively farmed animals.

However, there is an addition to this list — Antimicrobial Resistance (AMR) which is overlooked among these big issues. Heavy crowding of factory animals in barren environments leads to fighting, biting, competition for feed or general stress in high density living.

Antibiotics are often used in feed or water in such situations at low levels. They alters gut bacteria and work as either growth promoters or prevent illness in a herd.

Animals are routinely given antibiotics (usually once off: Oral, feed, water) when painful procedures (mutilations) are performed in low-welfare animal farming. There is ample science showing how the overuse of antibiotics on factory farms leads to superbugs that spreads to workers, the environment and into the food chain.

India has banned the use of colistin in livestock feed after researchers showed AMR in poultry.

Global livestock production continues to increase year-on-year as the industrialised model of livestock and fish production spreads to many low-and-middle-income countries (LMICs), especially in Asia, with poultry accounting for an increasingly large share of meat production globally.

The global livestock sector has grown to the extent that farmed poultry represents 70 per cent of all live birds, with wild birds representing only 30 per cent of the global bird population.

Meat production is 470 per cent higher in 2018 than it was 50 years ago. It has increased to more than 330 million tonnes annually from 70 million tonnes, off the back of industrialisation. Fish farming also grew rapidly during this period, with a 50-fold increase to over 100 million tonnes per year, from 2 million tonnes.

Industrial livestock systems are replacing traditional forms of livestock production in many LMICs. This has direct impacts on livelihoods: the UN estimates that livestock contributes to the livelihoods of about 1.7 billion poor people and 70 per cent of those employed in the sector are women.

Traditional and nature friendly forms of animal husbandry (eg, pastoral or agropastoral systems), give people in LMICs access to livestock-derived foods which provide an important source of nutrients, family income, transport, fuel, and fertiliser inputs (manure) for crop production on mixed farms. As a result, the sector plays a major part in reducing poverty, improving resilience as well as combating food insecurity and malnutrition.

Factory farms, characterised by substandard husbandry practices and poor animal welfare, drive the increased use of antimicrobials, and are connected to the emergence of AMR alongside a range of zoonotic pathogens.

They diminish animal health, exacerbating the human health crisis, and contributing to the ecological crisis. Zoonotic pathogens and AMR are increasing as a direct result of the growth in industrial livestock systems and pose one of the most significant threats to human health across the globe.

Starting from zoonotic diseases, habitat destruction, public health devastation, antimicrobial resistance, known as AMR to the most evident problem climate change, intensive farming is leading to destruction of the planet and its living beings in many ways.

The health and well-being of animals, people and our planet are interdependent. Poor animal health and welfare in intensive farming negatively affect food safety, our environment and climate.

We can transform our food system to be more sustainable and significantly improve the overall health of animals and humans.