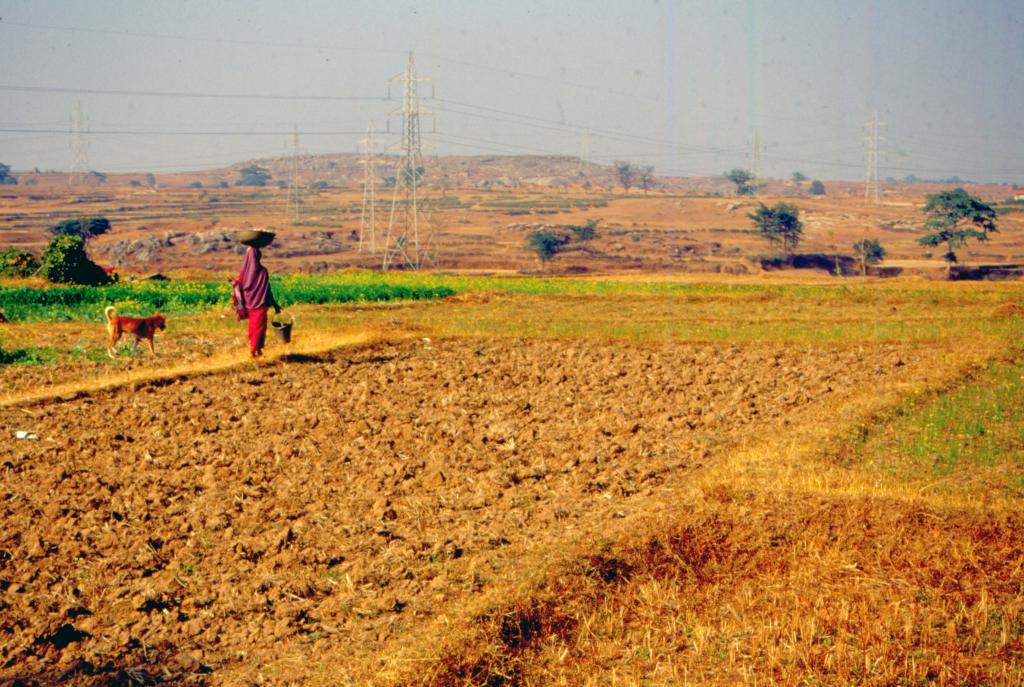 This is the second in a two-part series on climate resilience in agricultural systems. Read the first part here.

Climate change can reduce agricultural income by 15-25 per cent; it is high time that rationale of climate-resilient agriculture (CRA) is valued and implemented more rigorously.

Following are crucial to address the climate change and achieve sustainable development goals (SDG) in India:

Keeping these challenges in view, the Government of India, Ministry of Agriculture, and Farmers Welfare and Indian Council of Agricultural Research (ICAR) has taken several proactive policies that are being implemented at the village level.

This practice reduces hunger and poverty in the face of climate change for forthcoming generations. CRA practices can alter the current situation and sustain agricultural production from the local to the global level, especially in a sustainable manner.

Improved access and utilisation of technology, transparent trade regimes, increased use of resources conservation technologies, an increased adaptation of crops and livestock to climatic stress are the outcomes from climate-resilient practices.

Most countries have been facing crises due to disasters and conflicts; food security, however, is adversely affected by inadequate food stocks, basic food price fluctuations, high demand for agro-fuels, and abrupt weather changes.

This provided 20-25 per cent higher yield than the indigenous cultivars. In the same way, drought-tolerant, early maturing cultivars of pigeon pea (AKT-8811) and sorghum (CSH-14) were introduced in the villages of Amravati district, Maharashtra (rainfall of 877 mm).

Tolerant breeds in livestock and poultry

Local or indigenous breeds have the notion to forage for themselves. In nomadic systems, the animals show their owners when to move in search of new grasslands.

Indigenous breeds have unique characters that are adapted to very specific eco-systems across the world. These unique characters are resistant to droughts, thermoregulation, ability to walk long distances, fertility and mothering instincts, ability to ingest and digest low-quality feed, and resistance to diseases.

These livestock breeds may not be highly productive in terms of meat or milk production, but are highly adaptive to the unpredictable nature and have low resource footprints.

Feed management: Betterment of feeding systems as an adaptation measure can indirectly improve the efficiency of livestock production. Some feeding methods include altering feeding time or frequency and modification of diet composition, including agroforestry species in the animal diet and training producers in production and conservation of feed for various agro-ecological zones.

These measures can decrease the risk from variations of climate by encouraging higher intake or compensating low-feed consumption, decreasing excessive heat load, reducing animal malnutrition and mortality and reducing the feed insecurity during dry seasons respectively.

Hence, many international organizations, national governments’ research institutions, farmers’ organizations, non-profits and private agencies across the world have been focusing their efforts on the design, development of cost-effective and environmentally friendly water-conserving devices to enhance water use efficiency.

Agro-advisory: Response farming is an integrative approach; it could be called farming with advisories taken from the technocrats depending on local weather information. The success of response farming, viz., decreased danger and enhanced productivity has already been taken in Tamil Nadu and many other states.

Integrated nutrient management deals with the application of organic and inorganic fertilizers, in addition to farmyard manure, vermicompost, legumes in rotation, and crop residue for sustaining soil health for the long term.

Feeding the soil instead of adding fertilizers to the crop without organic inputs is the key point for the long-term sustainability of Indian agriculture.

The convergence of various policy programmes and sectoral plans has been undertaken by the Government of India to ensure synergy and effective utilisation of existing resources. The National Mission of Sustainable Agriculture was implemented in 2010 under the National Action Plan on Climate Change (NAPCC) to promote the judicious management of available resources and this was one of the eight missions under NAPCC.

The Pradhan Mantri Krishi Sinchayee Yojana (PMKSY) was launched in 2015 to address the issues of water resources and provide a permanent solution that envisages Per Drop More Crop, by promoting micro / drip irrigation for the conservation of maximum water.

The Paramparagat Krishi Vikas Yojana mission was executed to extensively leverage adaptation of climate-smart practices and technologies in conjunction with the Indian Council of Agricultural Research and state governments of India.

To mitigate climate extreme actions, Green India Mission was launched by the GOI in 2014 under the umbrella of NAPCC with the primary objective of protecting, restoring and enhancing India’s diminishing forest covers, thereby reducing the deleterious effects of climate change.

To encourage farmers with more income benefit and ecosystem protection, programmes such as the National Project on Organic Farming and National Agroforestry Policy was introduced in 2004 and 2014 respectively. These policies are aimed at supplying plant nutrients in the form of organic amendments, soil carbon stock improvement, and soil protection from erosion loss.

The ICAR, through its network research Institutes, state agriculture universities and all line departments is implementing agriculture contingency plans in about 650 districts of India towards climate change preparedness for the last seven years.

These models are taken forward to SAARC countries towards adaptation to climate change impacts like floods, cyclones, droughts, and heat waves and seawater intrusion. ICAR has established climate-resilient villages across India in 151 districts, which are replicated by the state governments towards the overall objective of building carbon positive villages.