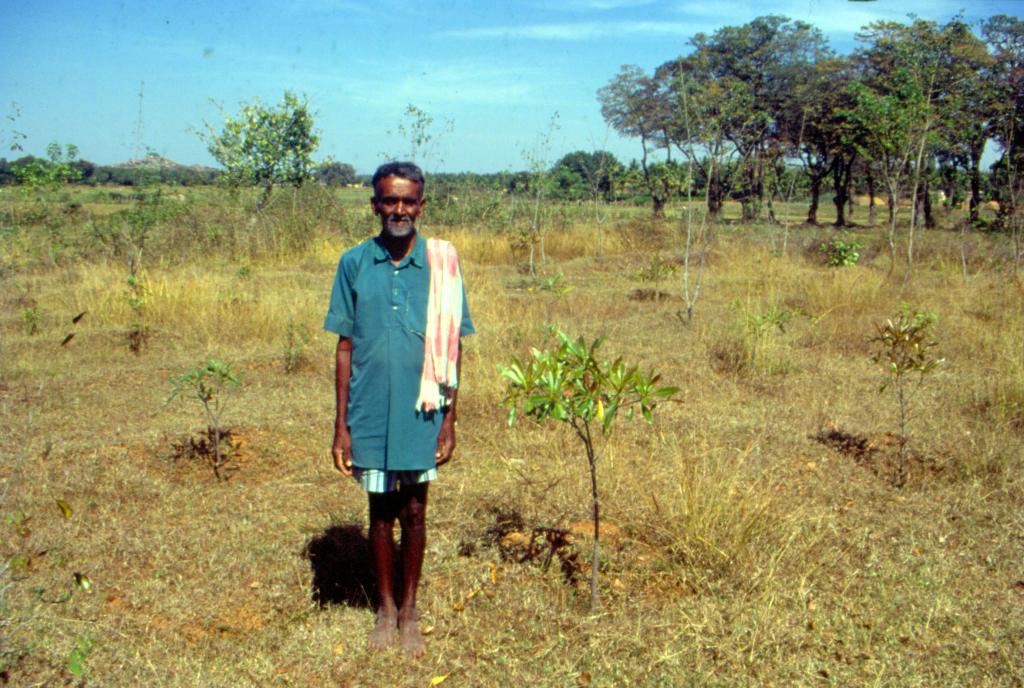 India’s population touched 1.38 billion in 2020 —17.7 per cent of the world’s population — according to global population data. The country’s population has increased 3.35 times since Independence; by 2027, it will surpass China to become the most populated country in the world.

And yet, India accounts for only 2.4 per cent of the global land. The average size of landholding per state is 1.08 hectares, according to the latest agricultural census. Farmers in half the Indian states are marginal (with land less than 1 ha); the remaining are small farmers (land holdings of 1-2 ha).

Most of them have been facing several major constraints such as input supply, credit availability, proper transport, and market facility, etc. Their share nearly 60 per cent in total food grain production: 49 per cent rice, 40 per cent wheat, 29 per cent coarse cereals and 27 per cent pulses as well as over half of the country’s fruits and vegetable production, according to Agricultural Census 2015-16.

Agriculture is the primary source of livelihood for about 58 per cent of India’s population. Other natural resource-based enterprises are also the foundation for the country’s economic growth. Its related sectors, including field crops, horticulture, livestock, fishery and poultry are strongly associated with several United Nations Sustainable Development Goals (SDG) such as zero hunger, nutrition, and climate action, among others.

Food production must double by 2050 to match the country’s population and income growth. The small and marginal farmers, therefore, have a major role in the country’s food security and meeting the SDG goals.

Nearly 14 per cent of the population (189.2 million) is still undernourished in India, according to State of Food Security and Nutrition in the World, 2020 report. The Global Hunger Index 2020 placed India at the 94th position among 107 countries. Achieving ‘zero hunger’ by 2030 is a humungous challenge, and needs an integrated and multi-dimensional approach for overall sustainable agriculture and food systems in the country.

One of the critical challenges for a country’s food security is climate change and its impact in form of extreme weather events. The predicted 1-2.5 degrees Celsius temperature rise by 2030 is likely to show serious effects on crop yields. High temperatures may reduce crop duration, permit changes in photosynthesis, escalate crop respiration rates and influence pest population.

The impact of climate change is directly or indirectly related to crop, water and soil as it influences the water availability, changes the intensity and frequencies of drought, effects microbial population, soil organic matter reduction, yield reduction, depletion of soil fertility as driven by soil erosion, etc.

An economic survey in 2017-18 cautioned that “climate change might be reducing annual agriculture income in the range of 15 per cent to 18 per cent and up to 20 per cent to 25 per cent for unirrigated areas”. This creates food shortages, nutrient deficiencies in humans due to inadequate intake of healthy food makes humans vulnerable to health issues.

Climate change and its impacts

From Himalayas to the coastal areas, South countries should be ready to fight against the impacts of global warming. As assumed, the South Asian areas may face a warming effect of 2-6°C in the 21st century (Ravindranath, 2007). The concentrations of carbon dioxide are high, up to 410 parts per million, the key reason for global warming (Srinivasarao et al, 2019b).

States such as Madhya Pradesh, Karnataka, Western Rajasthan, Andhra Pradesh, Southern Gujarat, Haryana, Madhya Pradesh and southern Bihar are unceasingly facing dryness, for they are highly prone to drought (Bhadwal et al, 2007). In Bihar, millions of people were forced to stay in shelter houses because of floods in 2008.

Approximately 20 million people experienced the same situation in Mumbai in 2005. In Delhi and Haryana, millions over the value of properties were demolished when the Yamuna was flooded above the danger zone in 2008. Kerala was hit by one of the worst episodes of floods in 2018.

The super cyclone in Orissa in 1999 took a toll on over a million lives along, with heavy property losses reported in coastal regions. Andhra Pradesh experienced a similar ordeal during the Hud-Hud cyclone in 2014. India and its adjacent countries faced an intense heat wave from mid-May to mid-June in 2019.

Chiru in Rajasthan recorded 50.8°C, the highest in 2016 in India. A considerable fraction of sea-level increase is because of thermal expansion of a warmed ocean (as much as 0.3-0.8 metres over the past century).

Salinity is one of the main operators of environmental variation and a steady stressor in coastal regions, frequently resulting from prolonged storm and tidal surge flooding. It is further anticipated that the unfavourable effects of soil and inland water salinity will continue to increase with the onset of global sea-level increase and further hydrological changes.

Cultivation practices are completely based on climatic situations. An average of 30 per cent reduction in crop yields is anticipated by the mid-21st century in Southasian countries. For example, in India, an increase in temperature by 1.5°C and a reduction in the precipitation of 2 mm can reduce the rice yield by 3 to 15 per cent (Ahluwalia and Malhotra, 2006).

If the ozone concentration reaches more than 50 parts per billion / day, the yield of vegetable crops will come down 5-15 per cent (Raj, 2009). Higher temperatures alter the animals’ body physiology like an increase in heart rates ( more than 70-80 / minute), blood flow and body temperature ( more than 39.17°c). Dairy breeds are more prone to heat stress than meat breeds.

Poultries are severely sensitive to temperature-associated problems, particularly heat stress. Because of heat stress, feed eating by poultries will come down (Deng et al., 2012), which leads to lesser body weight and egg production, and affects quality of meat. It decreases the density of eggshell and enhances the egg breakage (Lin et al., 2004).

Increasing environmental temperature may cause seasonal betterment in the growth and development of fishes, but enhances the dangers to the populations living away from the thermal tolerance zone (Morgan et al, 2001).

Keeping these challenges in view, the Government of India, Ministry of Agriculture, and Farmers Welfare and Indian Council of Agricultural Research (ICAR) has taken several proactive policies that are being implemented at the village level.