Grantee farmers will be trained in farming methods and guided about the kind of vegetables to grow, which can then be sold commercially 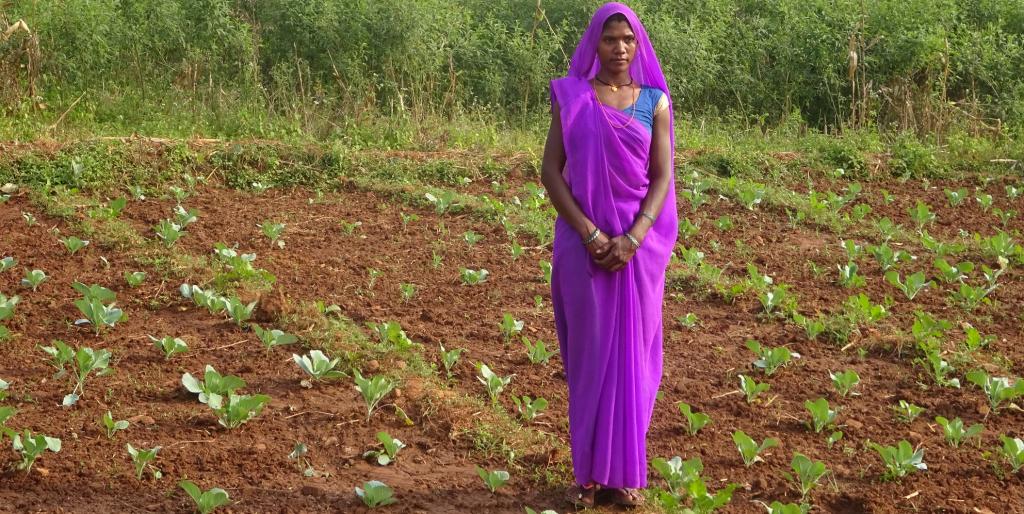 Vidyavati, a small farmer in the Deosar block of Madhya Pradesh’s Singrauli district, tries to hold back her excitement at her patch of small land where she has sown her current crop of vegetables.

She, like many others in her village, was primarily using her more than half-acre plot to grow paddy and some vegetables on the side to feed her family of five. She used to use around 7 to 10 decimals for cultivation.

For income needs, they used to rely on erratic casual manual labour.

Now, however, Vidyavati will have better prospects of income. A member of a local self-help group (SHG), Vidyavati is one of the grantees of assistance from the District Mineral Foundation (DMF).

She and some other women in the area have received a one-time Rs 10,000 fund to convert the land into vegetable patches and grow for commercial selling.

Singrauli is piloting income enhancement through vegetable patch cultivation funded by DMF money. DMF is a non-profit trust set up in all of India’s mining districts.

It is mandated under law to undertake works that will improve the well-being of people affected by mining activities. Livelihood remains a high priority area for all districts to invest in.

Currently, Singrauli has a DMF collection of Rs 814 crore. While there is no mining activity in Deosar, it has been considered as indirectly-affected by mining in the district.

About 31 per cent of Singrauli’s total geographical area is under agriculture. However, about 65 per cent land holdings belong to small or marginal farmers, according to the district irrigation plan.

Income levels in the district are extremely poor. According to the Socio-Economic Caste Census (SECC), 2011, the highest earning member in 86 per cent of Singrauli’s rural households earns less than Rs 5,000 a month.

Given this scenario, it is imperative that the district focuses on income generation through local, resource-based livelihoods.

Singrauli has roped in Pradan, a non-profit with technical expertise and an experience of working with local communities, as technical partner for the project’s implementation.

Pradan has earlier worked on vegetable cultivation in Singrauli itself and is also engaged in similar work to develop vegetable production clusters in Keonjhar in Odisha, also through DMF.

In Singrauli, Pradan is helping the grantee farmers by training them in farming methods and guiding them on the kind of vegetables to grow, after an analysis of the market price.

“Vegetables are suitable for this region and soil conditions are optimal,” said Jostine A from Pradan, who provides technical, on-ground support. The initiative, according to him, can earn each farmer between Rs 30,000-Rs 50,000 per cropping cycle.

The district has so far allocated Rs 2 crore for the pilot to cover a total of 2,000 beneficiaries in the panchayats of Deosar. DMF will provide the farmers a one-time financial grant of Rs 10,000, if they allocate a minimum of 25 decimal land for cultivating vegetables.

This money is to be used for equipment like nets, fencing etc. The farmers have to invest another Rs 10,000 from their end to meet recurring expenses like seeds, fertilisers etc. As part of entrepreneurship development, an SHG member has started a green house in order to supply the seedlings / saplings to farmers from all neighbouring villages.

Phulmati Singh, a local farmer, from the Gond community, said that since all women involved are part of SHGs, they are keen on trying new methods and improving their farming. She narrates how the men initially resisted the proposal to cultivate vegetables.

They feared the risks of converting the entire land to vegetable patches, trying new seeds and methods. However, the women prevailed. “We are working hard to ensure so that our efforts and enthusiasm pays off,” she said.

Since Singrauli has industrial townships, there is huge demand for the vegetables, which the district currently meets through supplies from areas in other districts.

“After assessing the success of this pilot, we will expand it to other areas as well,” KVS Chaudary, the collector of Singrauli, said.