In rushing the farm bills through Parliament on strength of numbers, the Union government seems to have handed short end of the stick to states and farmers 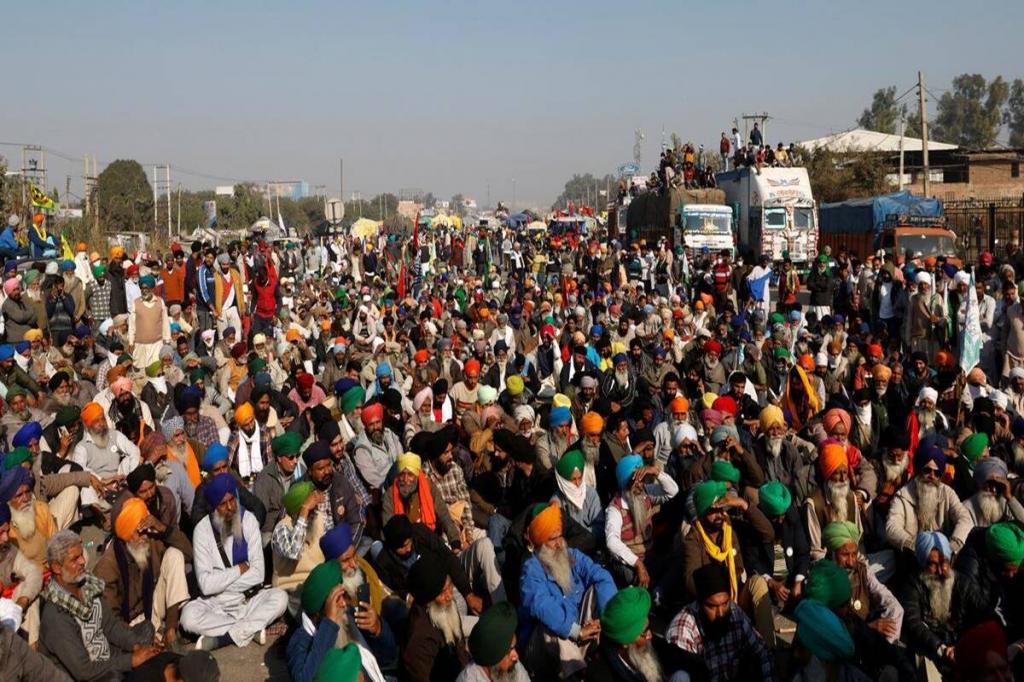 The average annual debt amount per agricultural household is estimated to be around Rs 104,602. These trends can be associated with increasing farmer distress, urban migration and suicide rates in rural India, especially among farmers.

Earlier this year, the Union government passed three heavily contested farm bills in Parliament. The Farmers Produce Trade and Commerce (Promotion and Facilitation) bill, which aims to dismantle existing trade and distribution monopoly, is enjoyed by the Food Corporation of India (FCI) and the Agricultural Produce Market (APMC).

This Act will now allow farmers to sell outside of their designated districts APMC, thereby advancing their interaction with the market directly.

The second is the Farmers (Empowerment and Protection) Agreement of Price Assurance and Farm Services Bill, which focuses on creating avenues for farmers to engage in contract farming through verbal or written contracts. This bill paves the way for farmers to access national and corporate markets.

The last is an amendment to the Essential Commodities Act, 1955, according to which, cereals, pulses, oilseeds, edible oils, onions and potatoes have been deregulated.

Together, the three bills aspire to liberalise and deregulate the market for the agrarian sector. The bills bring long-awaited reform to a key segment of the Indian economy.

As the thrust for development took this turn, it also left the farm sector dealing with outdated laws and systems. The Farmers Agreement of Price Assurance and Farm Services bill creates opportunities for farmers to engage in contract farming, selling their produce outside the APMC and expanding their access to market.

The Farmers Produce Trade and Commerce bill breaks the monopolistic situation afforded to the APMC-FCI structure. The amendment to the Essential Commodities Act, 1955 changes the limitations on stockpiling and allows for staple crops to become commercial.

The three bills seek to transform agriculture in India. It would be beneficial to analyse the strengths and weakness of these bills through the lens of the market economy and potential impacts on the socio-economic situation of the farming community.

With the passing of the bills, the Union government has intended to liberalise farming with the short-term goal of doubling their current average monthly income. The government aspires to deregulate the sector and offer farmers the freedom of choice to sell their produce without restraint.

The bills will empower farmers through greater market access and expanded opportunities for commercial outcomes. By eliminating the APMC monopoly, the bills do away with the long-standing challenge of middlemen. The bills could also lead to an open market, enabling improved price discovery, supply chain efficiencies and dynamic market linkages.

The liberalisation of the market will introduce corporate and private investments in the industry. These investments can strengthen infrastructure, improve tools and modernise the sector. The open-market structure also allows the farmers to sell their produce online, an important change in an increasingly digital universe.

The increase in competition can potentially work to increase prices for farmers who are currently at the mercy of middlemen. In addition to these benefits, the availability of contract farming provides farmers with a price assurance instead of subjecting them to market uncertainty. There is also the possibility of firms providing farmers with input material as a part of contracts, thereby reducing input costs.

By amending the Essential Commodities Act, 1995, the government does away with stockpiling restrictions on several commodities. In doing so, the government intends to stabilise prices by driving supply chain efficiencies through access to stock.

These bills have the potential to create a similar impact as the New Economic Policy of 1991. This, however, is dependent on several independent actors and their motives.

By loosening the grip of APMCs, the government risks the possibility of farmers receiving prices below the minimum support price (MSP). A similar law was passed in Bihar in 2006 when the state abolished APMCs. A recent study conducted by the National Council for Applied Economic Research reported an increased volatility in grain prices.

Bihar witnessed farctured growth in agriculture after the repeal of the mandi system in 2006. These experiences have influenced a few agricultural economists, who believe that rebuilding the existing system might be a better course of action than tearing it down to introduce a new system altogether.

Another weakness in the plan is the lack of policy-level support for transporting farmer produce. At least 85 per cent of the Indian farming community comprises marginal farmers who do not have access to markets or transportation facilities.

The bills also create a sudden power vacuum in the market, thereby creating uncertainty in the production market. In case of gradual collapse in APMC systems, the government has not currently envisioned an alternate price setting mechanism.

Agriculture falls in the state list under the Constitution of India. However, the existence of Entry 33 in the concurrent list gives both the Centre and states the power to control production, supply and distribution of products in trade and commerce related to agriculture. With several state governments expressing dissent over the bills, it is likely that they would undermine the bills by exercising their power.

Rajasthan did this by designating all potential market areas as state-controlled areas. This blocks the Centre’s intention to create an open market in the absence of state regulations. Rajasthan is an example of how states might circumvent the bills by utilising their existing power.

It is also difficult to ensure that the big corporates do not enslave the already marginalised farmers. By allowing both verbal and written contracts, the Centre places the farmers at the vulnerable end of the bargain with no redress.

It is highly likely that big corporates bury the farmers in an avalanche of legal resources. There is no denying that there is a widely disproportionate access to legal resources between farmers and corporates and there seems to be no real law in place to safeguard the interests of the farmers.

Both farmers and consumers run the risk of exploitation by placing the market in the hands of big businesses.

To build trust among farmers and the states would be to include a mandate for MSP, as recommended by the Swaminathan Committee, within the ambit of the bills. Another would be to plug the holes in the current system instead of trying to dismantle and introduce a new structure.

The government also needs to make it mandatory for firms to draw up written contracts in vernacular languages and do away with verbal contracts. It may also be necessary to declutter the complexities surrounding export and import of agricultural produce, in alignment with the new bills.

The agricultural sector could also benefit greatly if the bills achieve harmony with the provisions related to self-help groups and farmer producer organisations to incentivise collectives, aimed especially at marginal and small holding farmers.

Despite being visionary in intent, the bills come with their own share of loopholes. In rushing the bills through parliament on the strength of numbers, the Union government seems to have handed the short end of the stick to the states and farmers.

A greater degree of consultation could have provided much needed impetus for the realisation of the vision for transformation. By not considering the voices of important stakeholders, the government has sown the seeds of mistrust and is currently facing a backlash.

Some states are contesting the bills in the Supreme Court, while others are trying to circumvent their way around them. In order to truly transform agriculture in India, the central government needs to be far more inclusive in their planning and decision-making processes.

It also needs to assure the farmers that the bills are not an attempt to phase out government procurement. Overall, the bills need significant amendments before vision can turn into reality.