Bihar scrapped APMC Act, mandi system 14 years ago; here’s what it did to farmers

Why are farmers protesting the government’s ’reforms’, ask many. A look at how Bihar’s farmers have fared may explain 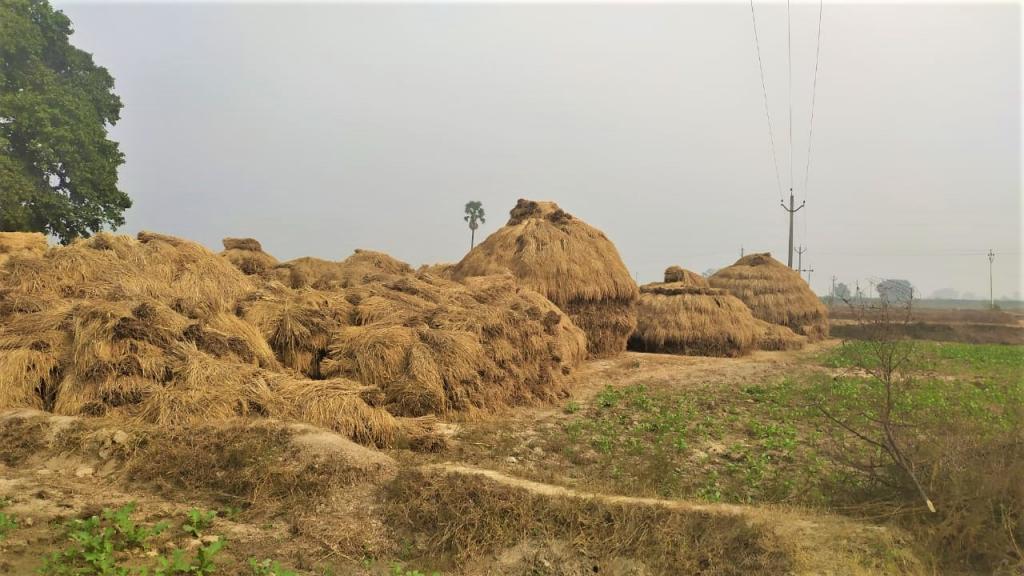 The recent controversy about India’s newly minted farm laws have brought back into focus what Nitish Kumar did a decade-and-a-half ago: Shutting down the mandi (wholesale markets for agricultural produce) system in 2006.

The much-touted ‘reform’ has impacted the state’s farmers, and not in a good way. Farmers have had to sell their produce to private procurers at throwaway prices.

Kumar’s government repealed the Agriculture Produce Marketing Committee (APMC) Act in Bihar months after assuming chief ministership (in 2005). For 14 years now, experts said, farmers have not had a favourable market for their produce.

Yet, their anger didn’t spill out on the streets. The same experts ascribe that to a lack of awareness and little unity. About 97 per cent of the state’s agricultural community comprise either marginal or small farmers — those who are hardly left with a surplus to sell.

Even after the Narendra Modi government at the Centre brought in three controversial laws and amended the Essential Commodities Act, protests have been far low key in the state compared to several other parts.

“The Modi government says the new farm bills won’t adversely impact the farming community. Given the logic, the financial condition of 94 per cent of farmers in Bihar — who didn’t go to mandis or were not covered under minimum support price (MSP) — should have improved in the past 14 years. But their condition has deteriorated.”

Paddy has sold for Rs 900-1,000 a quintal in Bihar, almost half the Rs 1,868 fixed by the Centre as MSP, alleged the former director of Patna-based AN Sinha Institute of Social Studies. Nearly half the farmers can’t even recover their investments, he added.

Farmers earlier sold their crops through vyaapaar mandals (trading bodies), an expert said; only a few could reach the markets, but those who did got proper rates. Market yards also provided space to farmers to dry up paddy and other produces if they had moisture.

“Before the scrapping of the APMC Act, farmers would sell their produce to the market committees where minimum price was guaranteed. But after the repeal of this system, they indulged in distress sale lest their produce would go to waste because they had no storage facility,” said economist Abdul Qadir.

He added that farming has turned out to be a non-viable profession in Bihar over time. “Farmers from Bihar have now been working as labourers in Punjab and Haryana,” he said.

Farmers have been pushed to the brink after the revocation of the APMC Act, said Baliram Sharma, who earlier headed vyaapaar mandal.

“Farming is a source of livelihood for a majority of farmers in Bihar. They sell their produce to pay education fees of their children, buy medicines or arrange weddings for their daughters. They are compelled to sell their farm produce to local petty traders at throwaway prices to meet their family requirements,” said Sharma, who also served as the director of Magadh Central Cooperative Bank Ltd.

The primary agricultural credit society (PACS) would mostly refuse to buy paddy from farmers citing moisture, but since they urgently needed money, they would sell it to local traders at low prices. Late payments further prompted them to sell their produce elsewhere.

“In 1968-69, wheat was sold at Rs 76 a quintal while the salary of a schoolteacher was Rs 70-80. That meant a teacher would not be able to buy a quintal of wheat from his one-month salary. In the past five decades, a teacher’s salary has climbed to average Rs 70,000, but wheat price is only around Rs 2,000 a quintal,” Sharma said.

Agriculture experts said the procurement rates of paddy and wheat in Bihar were roughly eight and one respectively. “Famers have become compromising in Bihar since the average local holding size is 0.9 hectare. Farming is not entrepreneurship, but a source of livelihood,” said agricultural expert Ranjan Sinha.

Sinha added that the scrapping of APMC Act did not largely impact the Bihar farmers since a majority of them are marginal and small farmers.

“A majority of farmers skipped mandis in the past and are doing it today as well. Why would they go there when they don’t have any surplus produce?” asked Sinha.

He said the marketing committees were the centre of corruption and the government did the right thing by repealing the Act. According to him, just one per cent farmers in the state come under large category while only three per cent fell in the middle category.

Several farmers said they did not get the cost of their produce, making it difficult for them to repay the loan. “I invested Rs 12,000 in farming this season but got only Rs 8,000 after selling paddy. I incurred a loss of Rs 4,000,” said Naresh Murmu, a farmer from Jamui district.

Another farmer, Somnath Singh from east Champaran, said they run into huge losses every year since there is no unity among farmers and because they lack awareness about the farm laws.

“Earlier, we would get a good price for our produce but the situation has deteriorated after the abolishment of the APMC Act. The PACS simple refuse to buy our produce citing moisture; even if they procure them, they take months to pay the dues,” said Singh.

Lack of storage facilities has dealt another blow to farmers who are compelled to dispose of their goods. “We sold potatoes and onions roughly between Rs 8-10 per kilogram to the local businessmen who are now selling our produce at Rs 50 and Rs 70 respectively. This happened because we have no space to store our produce,” Singh said.

Kishore Jaiswal, convener of Pragatisheel Krishi Manch, said the scrapping of APMC Act in Bihar has very systematically reduced the then infrastructure of market yards and a major facility to farmers to get good rate for their produce. “Farmers are just battling for survival,” he said.

But this has happened in a state where more than 70 per cent of the population is engaged in agricultural operations. According to a report of Bihar Economic Survey, economic activities in Bihar are closely linked to development of agriculture and allied sectors for its significant links with food and nutritional security.

Not only does this sector augment food supply, it also generates employment opportunities, improves livelihood opportunities, and causes poverty alleviation.