Growing population, growing demand for food, climate change: Australia's rural lands are facing a number of pressures. So how can we sustainably use them in the future? 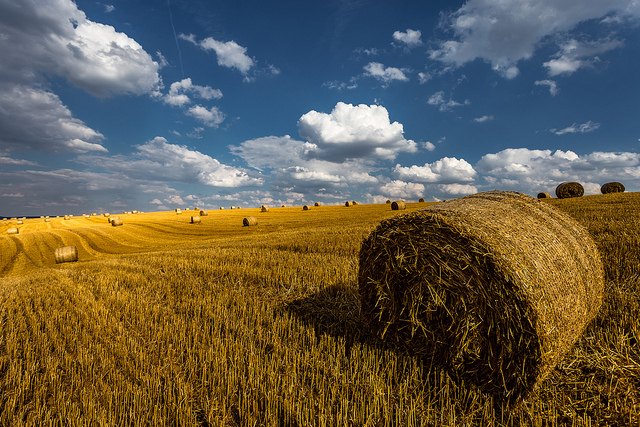 Australia’s agricultural lands help to feed about 60 million people worldwide, and also support tens of thousands of farmers as well as rural communities and industries.

But a growing global population with a growing appetite is placing increasing demands on our agricultural land. At the same time, the climate is warming and in many places getting drier too.

Agriculture, and particularly livestock, is currently a major contributor to greenhouse gas emissions. But new markets and incentives could make storing carbon or producing energy from land more profitable than farming, and turn our agricultural land into a carbon sink.

How might these competing forces play out in changing Australian land use? Our research, published in Global Environmental Change, assesses a range of potential pathways for Australia’s agricultural land as part of CSIRO’s National Outlook.

The only constant in landscapes is change. Ecosystems are always changing in response to natural drivers such as fire and flood.

Humans have complicated things. Indigenous Australians manipulated the Australian landscape and climate through burning for millennia, sustaining a population of around 750,000 and underpinning a culture.

These iconic but changed landscapes inspired the romantic art of Arthur Streeton and poetry of Banjo Paterson among many others — and helped forge a young nation’s identity.

Change can happen surprisingly quickly. Often before we know it we’ve gone too far and need to scramble for fixes that are so often costly, slow and ultimately inadequate.

For example, in South Australia, researchers in the early 1960s raised the alarm that the feverish post-war period of soldier resettlement, land clearance and agricultural development threatened entire native plant and animal communities with extinction. The government’s response over the following 30 years was to expand greatly the conservation reserve network and eventually prohibit land clearing.

Agricultural lands produce a range of goods and services. But in many places the focus on agricultural productivity has come at the expense of ecosystems. Biodiversity, soil and water are all on downward trends.

Is the balance right? Opinion varies. Many would say no, and consider the status quo to be stacked strongly against the environment.

Parts of Australia’s agricultural land continue to change fast. Lessons hard-learned by South Australia seem to have been forgotten. Rates of land clearance in Queensland are rising again since 2010 after a long-term trend of decline.

In the 1990s, new financial incentives led to the planting of over 1 million hectares of forest in southern Australia. Now a failed business model, many of these plantations are being returned to agriculture.

Demand for more secure sources of energy has generated rapid expansion of coal seam gas and wind power generation, and the development of northern Australia remains a bipartisan priority.

Worldwide, Australia is not alone — many international examples also exist of recent, massive, rapid and accelerating changes in how land is used.

Australia has historically taken a hands-off approach to managing land use change, instead focusing on increasing the productivity and competitiveness of agriculture. Apart from a handful of planning and environmental regulations, the use of land has been subject to minimal governance or strategic direction.

What is it that Australians really want from our land? We know what we don’t want: wall-to-wall crops, pasture, buildings, gas wells, mines, wind farms or trees.

We can expect healthy debate around the margins, but, in general, diversity, productivity and sustainability seem to be widely valued. Most of us want to leave the place in decent condition for future generations.

Europe has had this conversation and knows what it wants from its landscapes — and it’s not afraid to pay for it (for instance, through agricultural subsidies). A deep aesthetic and cultural heritage is the central objective, with a balance of recreation opportunities, tourism, a clean and healthy environment and high-quality produce all being high priorities.

Once we know what we want, we can work out how to get there.

That’s where science can help. We now have the ability to project changes in land use in response to policy and global change, and the environmental and economic consequences.

CSIRO’s recent National Outlook mapped Australia’s potential future pathways. A companion paper in Nature found that it is possible to achieve strong economic growth and reduce environmental pressure, if we put the right policies in place now. It provides a glimpse of how our rural lands might respond to coalescing future change pressures.

In our modelling, carbon sequestration in the land sector plays a key role of Australia’s future. Land systems can help with the heavy lifting required to hold global warming to 2℃ as recently agreed in Paris.

There are several factors that could drive this change, including climate, carbon pricing, global food demand and energy prices.

We modelled the economic potential for land use change and its impacts in over 600 scenarios (full data available here), combining a suite of global outlooks and national policy options.

A carbon price, which enables landholders to make money from storing carbon in trees and soils (often much more money than from farming), may increase pressure to shift farmland to restored forests.

Who knows? A pay rise while watching trees grow could be an attractive proposition for our ageing farmers. Complementary biodiversity payments could also help arrest declines in wildlife and help it adapt to climate change.

If we redouble our focus on productivity, by 2050 agriculture will produce more than today, even as farmland contracts. The least productive areas are less able to compete with reforestation and other new land uses, leaving the most efficient agricultural land in production.

But trade-offs are likely. Trees use a lot more water than crops and pasture, so we will need to think carefully about managing water resources.

Australians care about their land and are more aware than ever about what is happening to it. While we can have some control over the future of our land, and we do exercise this control in certain circumstances (such as urban planning), our long-term approach to rural land has been to let environmental and economic forces play out and let the invisible hand of economics determine what will be.

Given the pace at which change can happen, a smarter approach will be to start the conversation, work out what it is we want from our land, and put the policies and institutions in place to get us there.