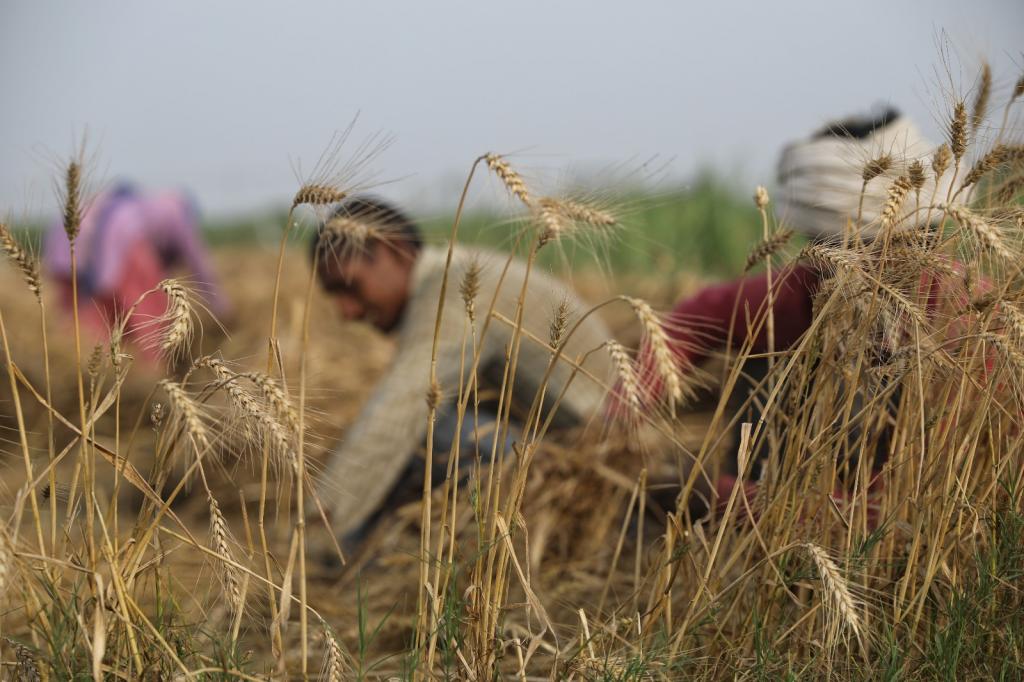 The question of future of Indian agriculture has been around for some time now since the agrarian distress and crisis in the sector. It has become important in the context of the spate of recent reforms that include permitting private wholesale markets, contract farming, direct purchase from farmers and land leasing across states both under the earlier state-level Acts, and now under the central Acts.

But before this question is answered, it is important to profile the Indian agricultural sector and its major stakeholders, that is, land operating farmers-owners, tenants or leases.

It is common knowledge that the farm production sector contributes only 13 per cent of the gross domestic product (GDP) and engages 44 per cent workforce. This presents a dismal picture of the sector as compared with other sectors, as the earnings are poor.

It is also known that 85 per cent of India’s farmers operate less than five acres of land, half of which in many parts of India may be dry / rain-fed and only a part of their income comes from farming activity now with others coming from wages, off-farm and non-farm activities.

Farmers (especially small) suffer from product and market risks and depend on non-institutional sources of credit for productive and non-productive purposes, which are interlocked with other markets like produce in states like Punjab.

Small farmers contribute 51 per cent of agricultural output with 46 per cent of operated land, and a much higher share (70 per cent) in high-value crops. However, small farmers are less literate and from marginalised communities. They are generally excluded from modern market arrangements such as contract farming or direct purchase.

In this context, the recent reforms aim at bringing new investments in the farm sector, especially from the private corporate sector — domestic and global. It is assumed that in order to get such investments, deregulation of the sector is needed in terms of output market and farm input as well as services market and land market.

However, what is forgotten is that the scale is neither needed nor possible through the kind of reform and channels being undertaken; they have little to do with farm size, with the exception of land leasing law and the opening up of ceilings of land holdings. This may have many other contextual limitations like large landlessness and farmer attachment to land more as a sustenance or moral economy of the peasant.

Some land-related reforms may not happen that easily. But, better access to land for marginal and landless farmers and, even more crucially, equitable access to water, is a must to improve the performance of the sector.

However, most of the above assumptions are either faulty or deliberately misperceived. For example, many studies show that small farms produce as much as or higher value of output per unit area than that produced by the medium or large farms, which refutes the argument that small farms cannot be the future of Indian agriculture.

For example, income from farming per month per hectare is Rs 4,236 in Bihar and only Rs 3,448 in Punjab because Punjab is less diversified (only 11 per cent area under F&V in Punjab compared with 35 per cent in Bihar) in its cropping pattern compared with Bihar, though it does not have efficient or regulated agricultural markets.

The average size of farm in Bihar is only 0.39 hacs and in Punjab it is 3.62 hacs. Therefore, it is not the size of the farm but what a farmer does on that farm, when, how, where, why and for whom and how much, which makes it viable or not.

Given the cereals-dominated cropping pattern, farmers can only earn so much from the small farms. This is evident in the fact that a majority of the famers cultivate paddy and wheat in significant part of gross cropped area (69 per cent in Punjab and 40 per cent in Bihar). There are limits to how much they can earn as price (MSP, which drives market prices) is given and available only to a fraction of farmers (less than 10 per cent), yields are given and cost of production can’t be manipulated much.

Even in other crops, only a very small fraction of farmers get MSP benefit in a few states where procurement happens. Further, once the farmer takes farm produce to the mandi, s/he can’t bring it back.

The market risks include absence of market, poor price realisation, high transaction cost and poor bargaining power due to small size of marketed surplus, leading to low and unstable farm incomes of producers.

It is here that the role of market becomes crucial: Even if a farmer has produced efficiently but is not able to sell it well, the story is lost. Imagine the gains for Bihar farmers if it had Agricultural Produce Market Committee (APMC) markets and other marketing channels which are being promoted now and larger procurement at MSP.

Incidentally, Bihar has not seen too many farmer suicides, unlike Punjab. Therefore, MSP culture and too much reliance on low-value land intensive crops has been the culprit in many suicide-prone areas.

The distress among small farmers in India is, therefore, market-driven to a large extent in both ways — too much protection (MSP) or too little.

The problem of small farmer livelihood is also aggravated due to small farmers suffering from several production risks such as drought, flood, lack of adequate use of inputs, poor extension leading to large yield gap, crop failure, etc.

The production risk coverage, being attempted though crop insurance, has not worked well. It has been made voluntary for farmers and would further reduce the insured area from already inadequate coverage of 30 per cent.

Most problematic is the farmers’ reliance on traders, commission agents and moneylenders for credit, for institutional credit reaches only 65 per cent of them and more of small and marginal farmers are excluded from this net.

This restricts their freedom to choose channels provided by new APMC Acts and now central Acts. Further, if smallholders and tenants belong to lower castes, their access to credit may be limited either by way of complete denial of credit to such groups / persons or costly access because of higher rate of interest charged or unfavourable terms of repayment.

This makes their farming enterprise unviable. It is important to realise that smallholders suffer from high market and price fluctuation risk as well as institutional mechanisms to deal with. The prices are still determined and driven by APMC markets, which are still not adequately regulated and, in many cases, mistreat farmers.

New market channels (like contract farming and direct purchase) may emerge, but small farmers will continue to depend on APMC markets for many commodities.

Therefore, it is important to ensure fair functioning of such markets in terms of open auction, proper unloading and storage / handling of farmer produce especially perishable, which is generally auctioned from road side and filthy grounds and stopping of commission being charged to farmer sellers even in regulated markets in some states.

APMC markets also serve as the main competitors to contract farming and direct purchase channels that discover their prices based on APMC prices. Therefore, their better functioning can improve the terms offered to contract growers and direct sellers.

The future of agriculture in India depends on many existing and missing policies and directions of policy reforms. But, it is sad to note that India does not have a policy for the same. The sector loses its policy focus as it is a state subject, but practically being run by the Centre for long time. When the sector is faced with economic, social and environmental crisis, absence of policy is the major factor in the crisis not being attended by any stakeholder.

A pessimistic approach to farm sector saying it contributes only 13 per cent of GDP and engages 44 per cent workforce and, therefore, is as a liability, is the root cause of the policy distortions. On the other hand, if agricultural sector is seen as agribusiness sector that includes all activities performed on farm-based and allied raw produce right up to the retailing stage, it still contributes almost 25 per cent of GDP.

This perspective, argued by the author since 2007 and was recently acknowledged by World Bank, can pave the way for more meaningful policy and regulation for the sector. This perspective is needed to sustain livelihoods in this sector and avoid distress diversification or movement of people away from the sector.

Therefore, solutions go beyond produce markets; recent reforms are more about regulatory changes that do not really concern a majority of Indian farmers as they do not have access to APMC markets and other modern channels such as contract farming.

But, small farmers need to collectivise into groups and FPOs to lower transaction cost for private buyers and gain bargaining power in new markets.

Warehouse receipts system needs to be extended to all crops with expansion of facility to free farmers from credit and output linkage and avoid distress sale immediately after harvest and even get out of the inter-locked market situation.

There is no need for co-operative farming given the efficiency of even small farms. What is needed is pre-production and post production aggregation to buy better and sell better or to capture higher surplus in the food and fibre value chains.

Corporate farming has not worked anywhere globally and should not be encouraged in India; contract farming and producer agency through local institutions and networks can help sector perform better. Equally important is to train farm and allied sector workers, including women workers, to enable them to participate in modern and sustainable farm production.

The sector needs to engage with fair and responsible production and trade issues on a priority basis even for domestic markets. It is important to recognise that what matters is not just physical activities of the sector but its occupants and their livelihoods that would lead to more people-centric and meaningful policies.

A combination of livelihoods and agribusiness or value chain approach can help leverage the sector for betterment of its stakeholders i.e. farmers, workers and others around it.

Therefore, there is a need for a policy at union and state levels and even more effective regulation to protect small producer interest in a globalised market context to leverage the strengths of modern and large players in the agribusiness value chains for a win-win for all stakeholders involved so that inclusive and effective sustainable agricultural development could be attempted.

The future of Indian agribusiness, including agriculture, would be bright if it is attended with people’s institutions like co-operatives and FPCs rather than relying mostly on corporate agencies.