Down To Earth's Editor wrote how it is brutal to kill India’s ancient Uber economy: PETA India director offers a counter-point 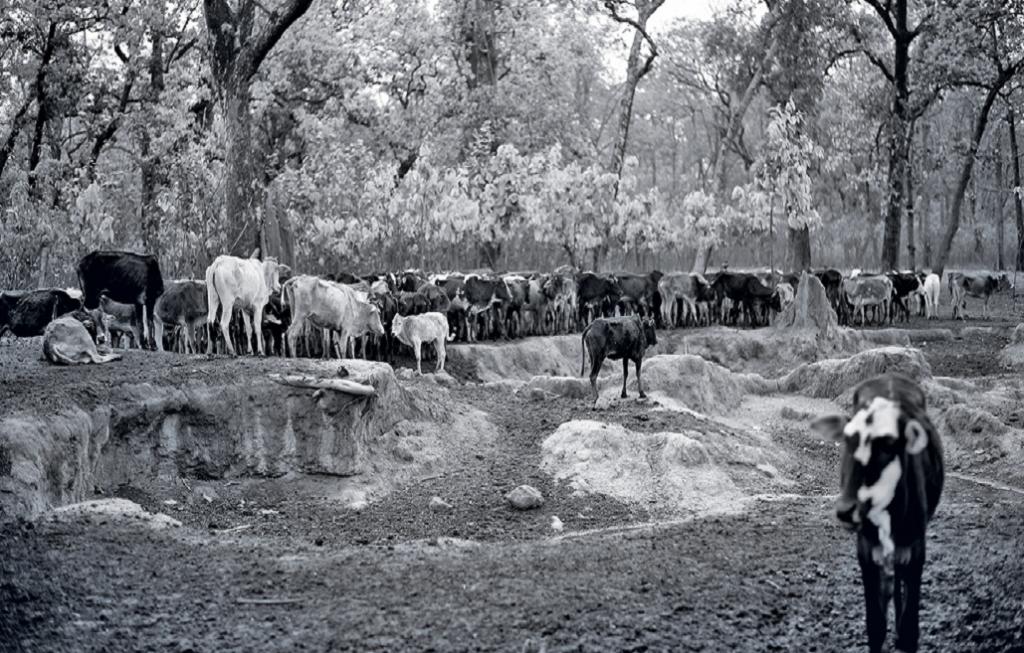 Sunita Narain often makes good points but, like most people, isn’t infallible, and can be wrong.  She is definitely, indisputably wrong when it comes to excusing or even defending the deleterious environmental impact of meat, egg and dairy consumption.

In her recent opinion piece, “India's Cow Crisis Part 3: Brutal to kill India’s ancient Uber economy,” Sunita decries vegetarianism, but given what we know today about how the production of animal-derived foods are destroying the planet, from deforestation to the ozone layer, such a position cannot hold water. You can’t be a meat-eating environmentalist—there’s no two ways about it.

Sunita wants to believe that things are somehow different in India, that somehow India is unique and bears no responsibility for the consequences of cattle farming and use, when in fact, it bears a heavy one. The planet does not recognise arbitrary human borders, and with its position as a top meat and dairy producer and the world’s fourth-largest emitter of greenhouse gas emissions, India cannot just point fingers elsewhere and proclaim innocence.

India needs to address its meat and dairy eco-footprint because looking the other way, pretending we are not part of the global whole, harms India itself, with the country already suffering from serious effects of climate change, including warming temperatures that are upsetting crops, changing rainfall patterns, droughts, and rising sea levels. In fact, global warming is said to be heating our oceans at the equivalent of one atomic bomb explosion per second.

India has the world’s largest cattle population and a recent study by the Indian Institute of Technology, Delhi and the Deenbandhu Chhotu Ram University of Science and Technology, Murthal warns that methane emitted by Indian livestock can significantly raise global temperatures. Methane is produced in the digestive system of ruminant (cows, water buffaloes, sheep, goats and camels) animals. This gas is then released through these animals’ flatulence, when they belch, or through their manure. Animals reared for food emit more than one-third of the world’s methane emissions. Methane is said to be 72 times more impactful than carbon dioxide over a 20-year time span toward global warming.

Food and Agriculture Organization (FAO) figures put greenhouse gas emissions from animals reared for food at somewhere between 14.5 per cent to 18 per cent of all human-caused emissions, more than that caused by transportation. That is more than all of the cars, trucks, ships, planes and other vehicles in the world combined!

Sunita floated that tired old argument of meat-eating being a personal choice. Forgive me, but that is like saying rape is a personal choice. Cow vigilantism is not the solution—violence never is—but consumers can and must be honestly informed of how their meat consumption impacts others. And when choices impact others, and in this case the whole earth, eating meat is a selfish choice that does not hold up to scrutiny. Indeed, what about the personal choice of animals like cows who are such good mothers, but who do not want their beloved calves removed from their side so that the milk meant for them can be stolen to be sold, who do not want to live lives as “beasts of burden,” or wish to have their legs tied together and be cast to the filthy slaughterhouse floor to have their throats slit? It turns out, what’s bad for animals and the planet is also bad for us: as India’s addiction to meat, eggs and dairy persist, so does its rates of heart disease, diabetes, certain cancers, obesity and other illnesses linked to the consumption of animals, milk, and eggs.

While India has 194 million hungry people and as 163 million people in the country lack access to safe water, a study published by National Academy of Sciences reveals animal agriculture uses a staggering one-third of the world’s fresh water resources, as well as one-third of the world’s global cropland as feed for animals. Imagine if India’s hungry were fed with these crops directly instead. The time has come to care about farmers while recognising the reality of climate change-related problems that affect them to the point of suicide, including malaria, dengue and diseases resurging that add to the burdens of the poorest of our poor.

A national move toward healthy, vegan eating of pulses, rice, grains, fruits and vegetables, would address cattle abandonment since these dear, blighted animals would no longer be bred in large numbers for milk, only to suffer or end their lives badly. It would also provide more eco-friendly business opportunities to farmers—for instance, as dairy consumption decreases, the consumption of milk made from soya, almond, oats or other plants grows. Ironically, the taste for flesh in India also presents an exciting vegan business opportunity for plant-based “meats”.